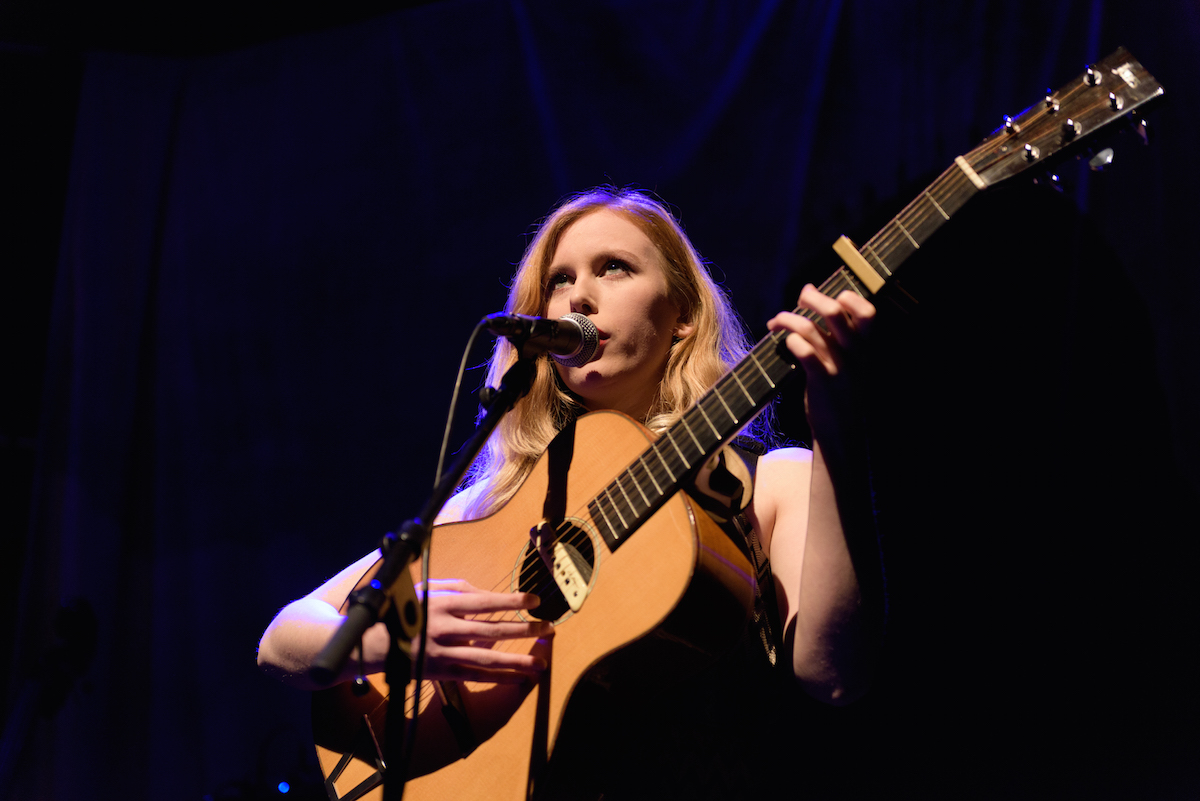 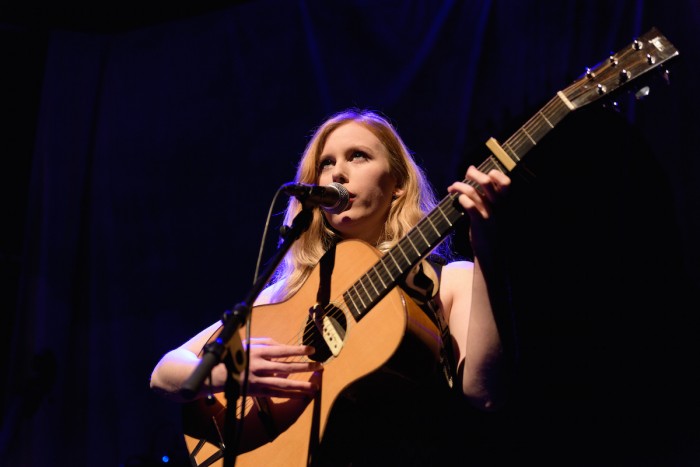 A room so silent you could hear a pin drop, Holly Macve charms this crowd, which spirals right up to the laps of the gods with her frankly astounding voice.

One of Bella Union’s latest signings Holly Macve is currently recording her album in the North East with Paul Gregory from Lanterns on the Lake, with a string of dates supporting John Grant and Yael Naim. Tonight though Holly takes the stage opening proceedings for the first night of Villagers tour.

This silent crowd politely applaud Holly’s arrival, she immediately breaks into song, and the beauty of her voice is instantly overpowering. Filled with tenderness, her delicately picked guitar providing a mere thin layer for her beautiful voice to sit atop. With her guitar held up high Holly delivers these incredibly heartfelt tracks.

Heartbreak Blues shines through in the early part of her set; this beautiful folk track is infused with elements of country. Holly’s sweet tones possess underlying grit, but the country element is what really piques our interest with this track. She airs on the darker side of country, with her haunting lyrics and stark instrumentation. 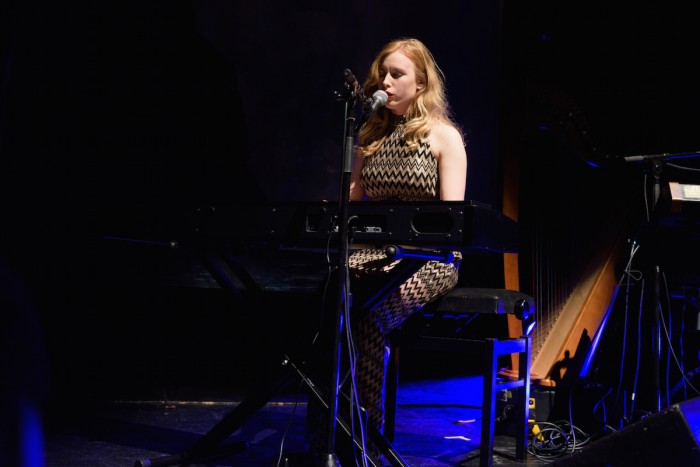 We’re completely taken aback by her wonderful rendition of We Don’t Know Where We’re Going originally recorded by Melanie Safka. This piano led track stuns the hushed crowd as Holly delivers her most powerful performance yet. However, Holly saves the best until last though, the exceptional Sycamore Tree closes out her short set.

This closing track compounds the brilliance of this set, and for the most part of her set the distinct lack of instrumentation further exacerbates her astounding voice. The crowd have been knocked into a stunned silence throughout; Holly’s compelling voice and incredible songs provide the perfect opening to the evening.

Her set is criminally short this evening, but it is sure not to be the last time we will see Holly Macve. This is further compounded by Villagers Connor O’Brien who claims to have been equally astounded by Holly, whilst hiding behind a curtain at the back of the stage throughout her set.

~
Holly Macve can be found online here hollymacve.com. She is also on Facebook and tweets as @HollyMacve.