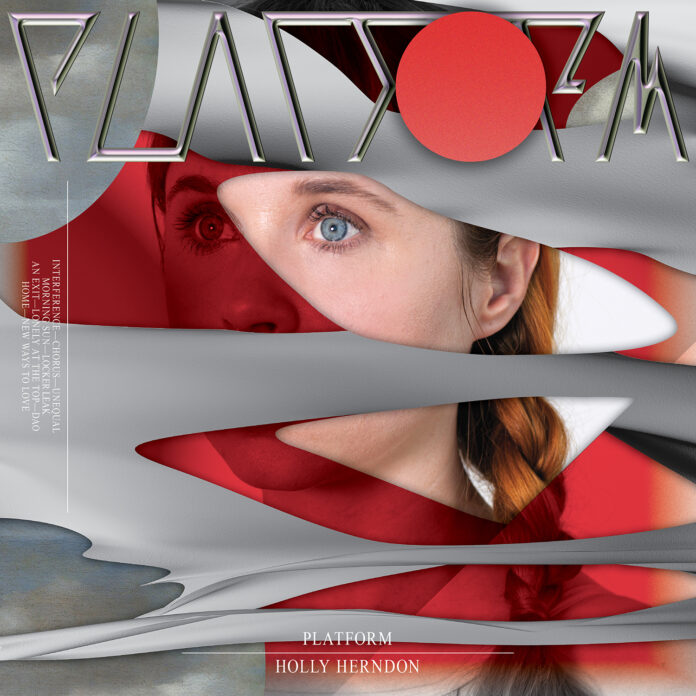 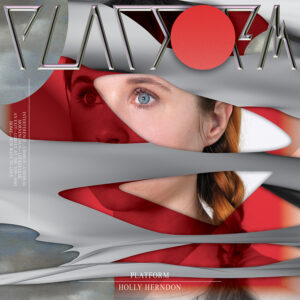 Holly Herndon’s sophomore record is a dizzying combination of the avant-garde and the accessible, says Louder Than War’s Paul Margree.

The future is a familiar enough trope in electronic music. Whether it is filtered through a dystopian Blade Runner-style lens of techno-environmental catastrophe or feeding a more bucolic retro-modernist vista of uncongested European motorways, both the form and content of music made with synthesisers, samplers and drum machines is very well-suited to creating visions of what life might be like for us humans when the clock winds forward a few decades.

Less usual are evocations of the present, that messy, complicated and overloaded space in which we all struggle to get along. Yet that in part is Holly Herndon’s objective with Platform, her follow-up to 2012’s Movement

“I want my music to sound like today,” said Herndon in an interview with Red Bull Music Academy in Tokyo. “Every sound juxtaposed and smashed together … really fast cuts and splices… having multiple browser windows open and having a political speech in one, pop music in another and music from 500 years ago in another… all jammed together on the same devices.”

This aesthetic pulses through Platform. Where its predecessor was all sparse, gleaming surfaces and wordless breaths, evoking some kind of part-machine, part-human hybrid, Platform is a denser affair, mashing up clubby beats with bursts of digital noise, musique concrete swoops and crashes and a veritable army of voices. If at times it feels like a rarefied art project, interesting in principle yet ultimately unfulfilling, for the most part it is thrilling, like a broken shortwave radio transmitter beamed through an old-school warehouse party via a faulty broadband connection.

Platform is at its best when the digital stew coalesces into shimmering glory, as in the almost-trancey Interference or the gorgeous Morning Sun. “In the morning sun, I will be gone,” croons Herndon, layering and manipulating her voice into a gleaming chorale that it is as warm and golden as the electromagnetic radiation it evokes. Meanwhile an army of cyborg Kodo drummers go hell for leather in a huge subterranean cavern as stuttering fabric of electronics fills in the middle register. It’s bloody marvellous, like Madonna’s Frozen remodelled and re-made in some Silicon Valley dream lab, even more affecting for its effortless poise.

Something similar happens about a minute and a half into An Exit, when the glass and rubble crunch of the track’s verse suddenly gives way to beautiful, swelling refrain: “When there is nothing to gain/ When there is nothing to lose/ I will flow away with you”. It’s like an eruption in the surface of the song, a butterfly bursting from its gnarled cocoon, the synths and noise sucked upwards by the sheer force of its melodic force field.

Between Movement and Platform were two 12-inch releases, Chorus and Home, and they’re both reproduced here. Although they map the transition of Herndon’s previous minimalist gleam to the current digital pointillism, they sit perfectly among the newer tracks here.

Home addresses the thorny issue of mass surveillance, its narrative of an anonymous NSA agent and its subject in a seemingly co-dependent relationship accentuated by an accompanying video created by Herndon and the hip Dutch design collective Metahaven and artist Mathew Dryhurst. “I know that you know me/Better than I know me,” sings Herndon. She’s in duet with herself again, the stillness and translucence of her unprocessed voice in the first half of the couplet (“I know that you know me”) set against an almost terrifying chipmunk squeal in the second half (“BETTER THAN YOU KNOW ME”).

If Home feels curiously solitary, a monologue addressed to an unknown other, Chorus is, as the name suggests a veritable landslide of voices. Propelled by a snappy electro groove and rubbery bassline, Herndon stitches together a finely detailed but always melodically intact mosaic. It’s here that the avant-garde and popular merges together most successfully, in its combination of Paul Lanksy’s Idle Chatter, Jean Michel Jarre’s Zoolook and Herbie Hancock’s Rockit, the burnished elegance of melodies matched only by the bullet train punch.

Yet while these partnerships are central to Herndon’s method for Platform – what she describes as ‘creating new fantasies and strategic collective action’. Perhaps you could call it re-tooling tech utopianism, redirecting it from young men in white buses towards genuine grassroots activism and making it relevant in a time of mass surveillance, tech-giant oligarchy and rapacious neoliberalism.

Platform is a great record. Herndon is a unique voice in electronic  music, synthesising ideas from the outer reaches of experimentalism and the heart of the dancefloor without compromising either. While generous towards the contributions of her collaborators, make no mistake: Platform is totally Herndon’s vision, and it’s a thrilling one. Looking for the future? It’s already here.

Platform is available to buy here.