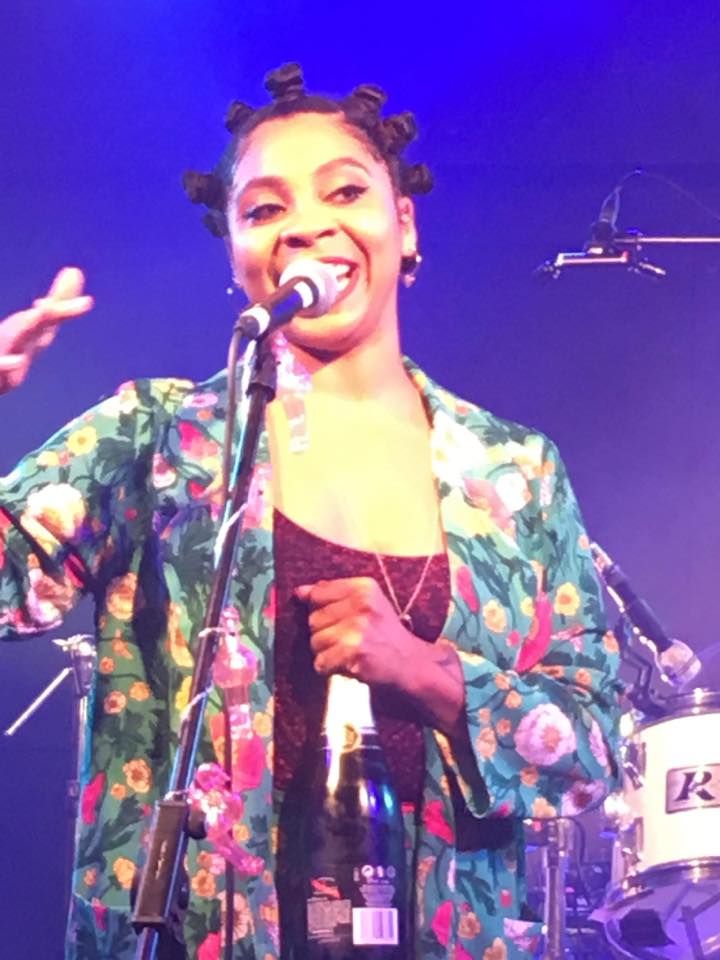 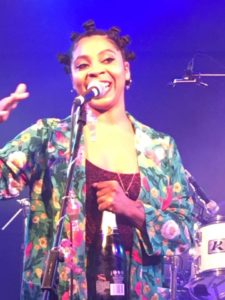 A change of speed, a change of style (for this reviewer, as) Hollie Cook makes Ged Babey smile.

What’s there to smile about?  Is my motto.

Hollie Cook’s default setting is her smile.  Somehow that smile embeds itself at the very core of her voice, her songs and her music.

Her voice has a purity about it.  So effortless.  The sound of it is just full of positivity and makes everything else melt away.  It’s distinctive like Horace Andy or Janet Kay, that same vibe. I love it!

It is basically Lovers Rock played by a four piece band –General Roots moonlighting as the Cookettes, who all look like they’re in their twenties but play with precision, skill and a light touch. This was the final gig of a short tour and the band thanked the tour manager and each other and shared a bottle of champagne onstage during the wonderful dubbed-up encore.   A full hour of glorious uplifting music, gentle on the ear and good for the soul, with songs culled from all three HC LP’s. 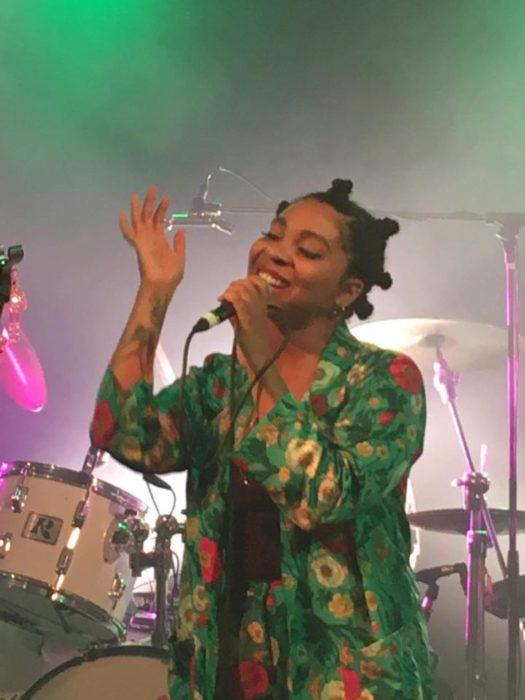 Hollie is all smiles, graceful moves and sheer star quality.  The band faultless.  The Slits fans in the audience perhaps would’ve liked to hear more excursions into dub territory – the drum pattern to the beginning of Man Next Door seemed to appear during the final extended jam -but didn’t materialize into the actual song.

As she progresses Hollie may well experiment more, continuing the Slits Mission which Ari-Up often spoke of.  But she is her own woman.  Confident, beaming, yet still retaining a shyness and humility. 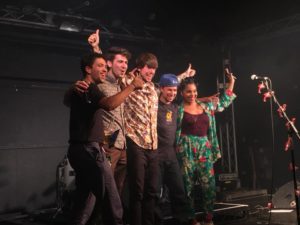 Hollie Cook may well never become the huge star she should be, because she is too classy to involve herself in the seemingly necessary, but unseemly tabloid-exploits and twitter-spats like her r’n’b counterparts.  She will however continue to make great records and give priceless, graceful, smiling performances like this one in Portsmouth

Hollie Cook’s motto is probably ,’What isn’t there to smile about?’

All words by Ged Babey except italicised quote, Jooles.