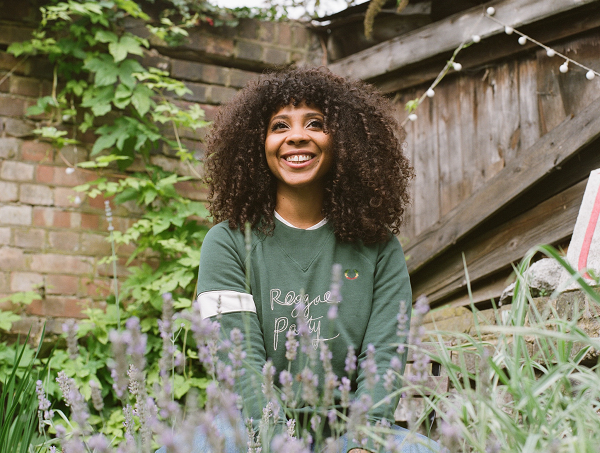 She has been performing and releasing perfect downtempo pop music for seven years now. Cosmic/Tropical Pop she calls it – her own variant of Lovers Rock Reggae . From That Very Night with its’s Ghost Town brass in 2011 of which John Robb said here;  a pop record that has depth and soul and an atmosphere all of its own. A perfect pop moment. … to her recent cover of Shanks & Bigfoots UK Garage classic Sweet like Chocolate released last month, she has not made a bad record.

You know her story surely?  Daughter of Sex Pistols drummer Paul Cook, Hollie joined the reformed line-up of the Slits which toured/recorded between 2005 and 2010, playing keyboards and singing backing vocals.  There is a great interview with Hollie conducted by John Robb here.

Hollies ‘Vessel Of Love’ LP  from earlier this year was (I quote, from press release) “A commercial success, taking the top spot on the Billboard Reggae Chart and reaching number three in the UK Independent Album Breakers Chart.  She recently joined David Rodigan for prestigious London shows at The Royal Albert Hall, Somerset House and the Southbank Centre, sold out the Jazz Café in London and played with Rudimental at Sofar Sounds’ Amnesty International fundraiser. as well as summer festivals appearances at The Biggest Weekend, Latitude, Standon Calling, Oya, Boomtown and Festival No 6.”

So whilst you book tickets for the nearest date on the 10 date tour of England ( note -I changed UK Tour to England as there are currently no Welsh, Scottish of N Ireland dates) – have a listen to Sweet Like Chocolate…

All words by Ged Babey except where specified.