Home News Holland to tighten up its cannabis cafe culture? 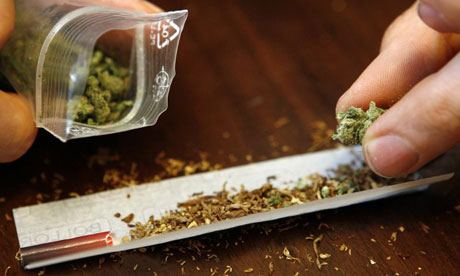 A Dutch court is to decide on a ban on foreign tourists smoking cannabis.

The past few years have seen a gradual tightening of the cannabis laws and this is a further tweaking.

The cafes, which are unique in Europe, have become popular with visiting tourists and the new law seeks to make them for locals only. There is talk of a ‘weed pass’ for locals.

It seems a curious debate, whilst a lot of foreign tourists use the cafes there are hardly hordes of off their heads dope smokers trashing a town on a Saturday night and this is a further example of the strange disconnect in the attitude to drugs. A disconnect that sees alchohol regularly avaibale and encouraged and smoking cannabis looked on as being REALLY BAD.

The planned law is part of a toughening up of the drug laws by the conservative government in Holland. Stronger strains of cannabis have been banned and the city of Maastricht has already banned foreign tourists from getting stoned in the city, apart from, oddly, Belgain and German tourists.

What do you think? Time to tighten up or draconian pen pushers having their day?