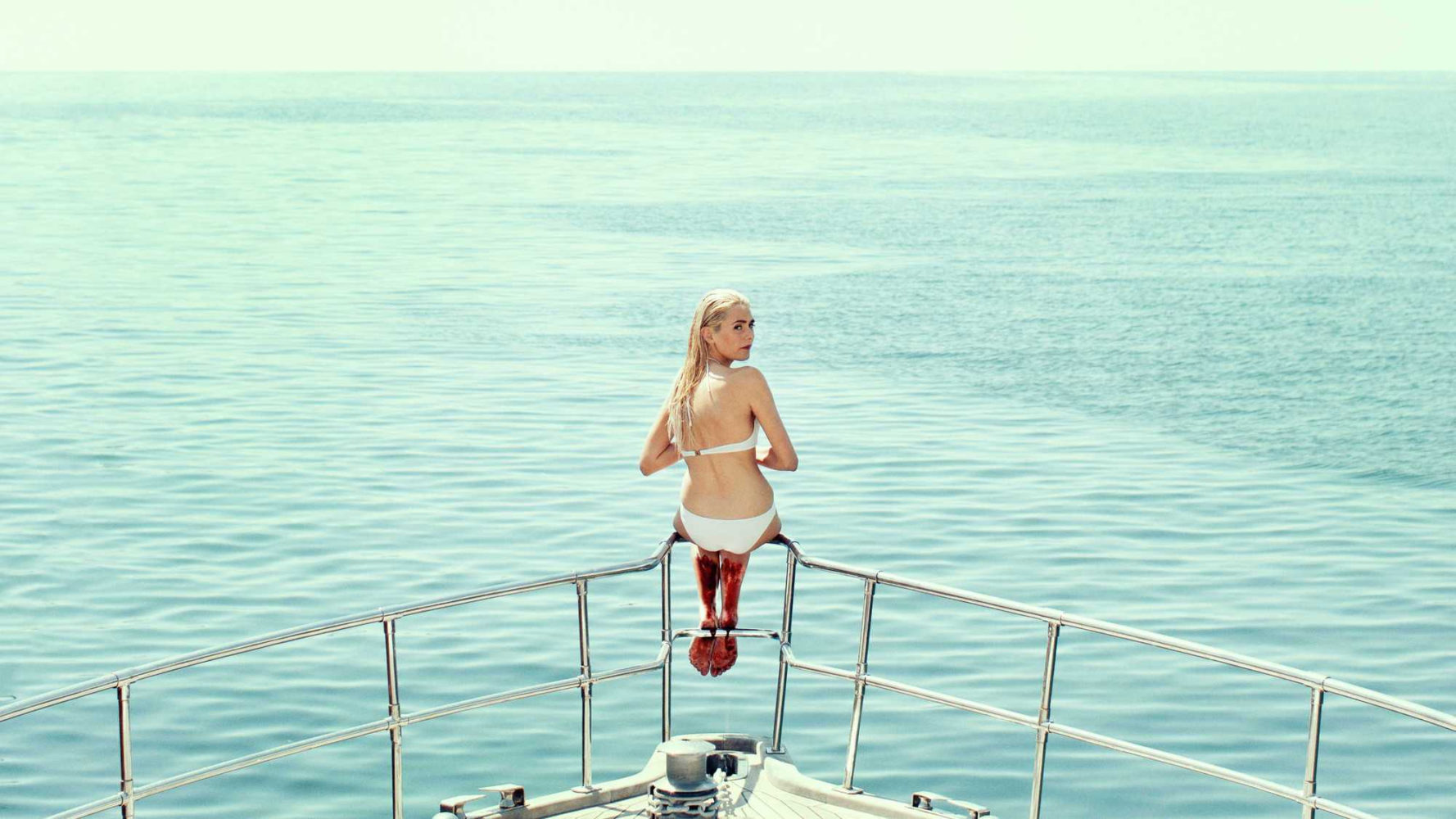 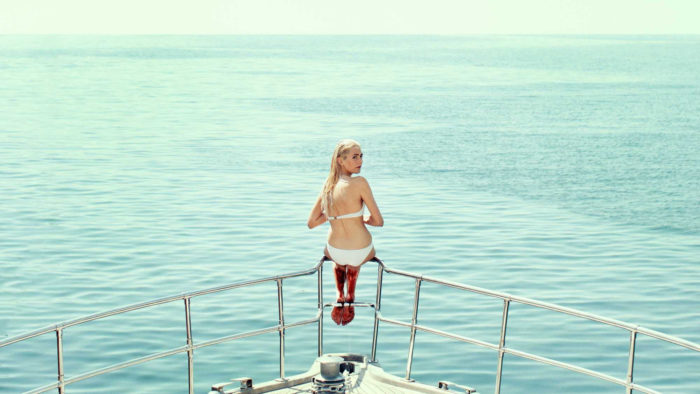 Jonathan Bradshaw heads off to the Turkish Riviera for Isabella Eklöf’s award winning Holiday, wondering if it’s ever possible to truly get away from it all…

We seem to be in a great time for European films that push boundaries and elicit evocative responses from audiences.  Holiday is one such film that is doing very well on the international stage; it was in competition at the Sundance Film Festival and won 4 awards at the Bodil Awards, including Best Film and Best Actress for Victoria Carmen Sonne. Isabelle Eklöf isn’t a new face however; she co-wrote Border which was a film that provoked divisive responses, but showed that there’s an audience hungry for alternative and quirky European films.

The action in Holiday takes place on the sun-soaked Turkish Riviera, and follows trophy girlfriend Sascha (Victoria Carmen-Sonne) on a group holiday courtesy of her drug dealer boyfriend Michael (Lai Yde). While on this trip, she befriends a Dutch man called Thomas (Thijs Römer) and begins to take an interest in him, with Michael getting increasingly jealous of Sascha’s frolicking.

The central performance from Carmen Sonne is great. It could be easy for us to see her portrayed as a ‘dumb blonde’ stereotype but Sascha comes across as a capable woman, it’s just unfortunate that through circumstance she has to live under the oppressive rule of Michael. This isn’t to say she doesn’t commit mistakes, but then again she is only human. Carmen Sonne isn’t the only noteworthy performance in the film: Lai Yde is charming but horrifying as the unpredictable Michael, you just never know where you stand with him. Thijs Romer as Thomas plays the happy-go-lucky Dutch well, someone who doesn’t know when he’s playing with fire and tempting fate by naively fraternising with Sascha.

It is to be noted however that this film contains many violent and disturbing scenes, including one in particular that is very graphic and drawn out. Some people have remarked that it’s ‘gratuitous’ and the violence is ‘unnecessary’. I believe that Eklöf is taking a big risk by showing us how unrestrained male violence is, especially in the fast and furious lifestyle that drug dealers inhabit. If Eklöf had dumbed down or skipped the violence, the film would not have been as impactful and farcical.

Holiday also presents a non-cliched look at the lifestyle of drug dealers. The film could have quite easily presented Michael as a caricature; a gun-toting, diamond wearing thug. While there’s no doubt that Michael is a violent and evil man, he is also a caring man who treats his family to nice gifts and rewards good work. But lest we forget, these are purchased with ill-gotten gains.

As the credits rolled and my fellow audience members let off a collective sigh and shuffled out of the cinema, many people bickered about what they thought, some positive and negative comments. While the film is very graphic and uncomfortable at times, this is a fantastic piece of work that solidifies Eklöf as a new voice on the European film scene, albeit a controversial and visceral one. It’s vitally important that films like this continue to be shown because cinema in essence is about creating dialogue and conversation.