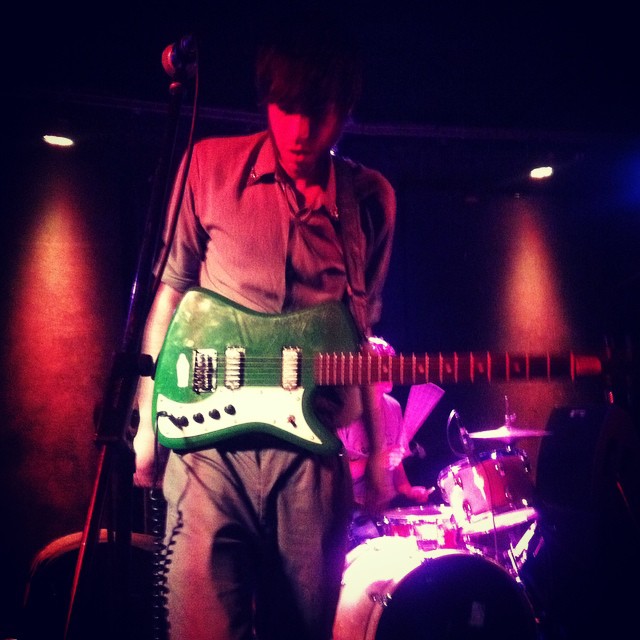 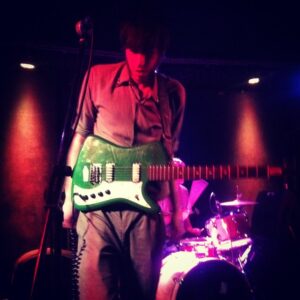 It’s been well over a month since our last Fat Whites review so we must be due another surely? Indeed, but this time it comes with a difference – it’s from their recent show over in New York. Laura Williams follows up her last weeks NY Houndmouth review with this one of Fat White Family from Mercury Lounge.

Straight off the plane from the UK (all bar lead guitarist Saul, who was the victim of a passport mishap), these hyped London punks headline their own show in the intimate surrounds of the Mercury Lounge and rack up a high profile slot on the Letterman show.

The gig is sold out and waves of people gather around the entrance desperately trying to find a way into this hot ticket show. Some manage it, most don’t. There’s clearly a lot of excitement in the room and it has been a while since NYC has seen a London punk band which lives and breathes the genre. It’s not about style and mimicking the 70s greats, it’s about living it. See some off-stage headlines back in the UK around being banned from venues for proof thereof. 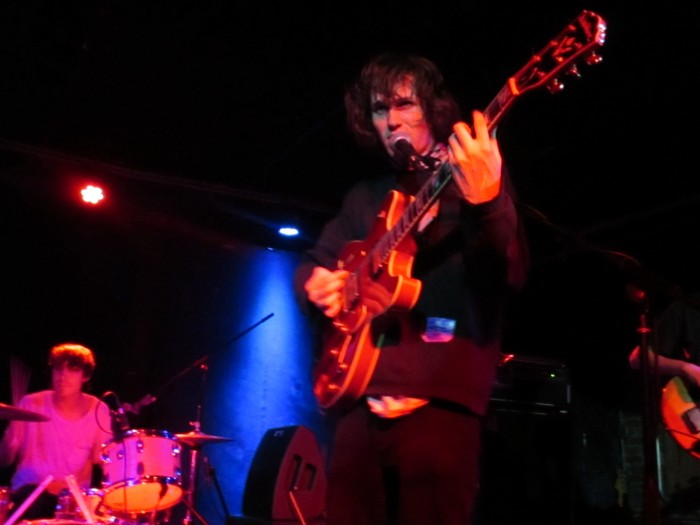 But unlike some of their older UK counterparts, the likes of Sex Pistols and co., these guys are musically very tight. The ferocious guitar playing from Adam and seemingly effortless drumming from Jack drive the show and provide the platform for front man Lias to shine.

Lias is an A* graduate from the Mark E Smith school of rock – moves flitting between frantic Ian Curtis style shaking and some sort of spellbinding chicken step / Mr Soft hybrid signature move. Taking to the stage shirtless, to reveal a pretty sweet heart tattoo on his chest, he unbuttons his jeans. Here we go. Thankfully, that’s where that action ends. The Bowery Ballroom crowd from last year were less fortunate. The Fat Whites got a bit of Mary Whitehouse-style flak for their explicit video for ‘Touch The Leather’, featuring some interesting angles of a bare white ass and ball sack. 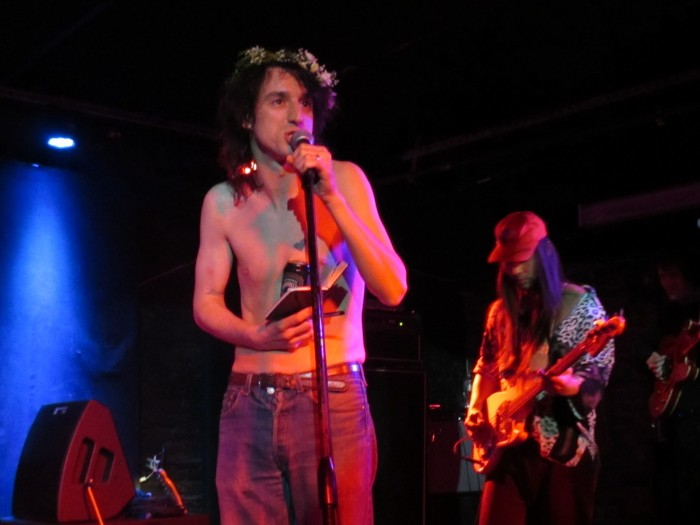 Support act The Mystery Lights leant them a guitarist for the night but anyone who’s seen them before with permanent member Saul would’ve noticed the difference. He tried to fit in with the tightly knit group but they weren’t making that easy, so he spent much of the set effectively hiding behind the amp. Nathan on keys adds a slightly calmer element to proceedings – in a more grungy laid back way, but still with the girth needed to seal the deal.

With bold songs bearing brilliant titles such as ‘I Am Mark E Smith’, ‘Bomb Disneyland’ and ‘Is It Raining In Your Mouth’ (the one they tore up Letterman with) there’s something different about these guys. Refreshingly sleazy and covering social issues as well as the more traditional cache of sex, drugs and rock ‘n’ roll. The crowd responds. Hot girls losing their shit down the front and young dudes stage diving before being kicked off (literally) by Lias and Adam.

They’ve already been booked to come back in the next couple of months, with international success on the horizon here’s one band you know won’t let it go to their filthy fucked-up fantastic heads.

All words by Laura Williams. You can read more of Laura’s writing on Louder Than War at her author’s archive.
Additional pictures by Carrie Quartly, you can read her writing on the site here.