Home Blogs Where To Find New Music: The Case For Podcasts 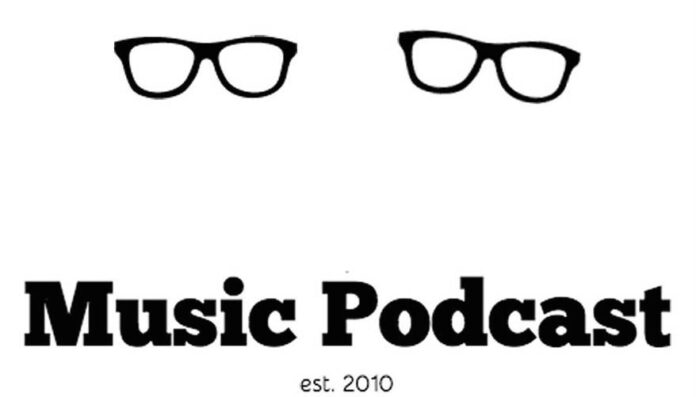 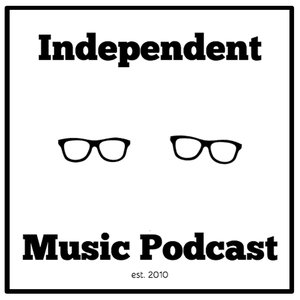 Gareth Main riffs on a subject close to our hearts – where to find new music – by proposing ‘the case for podcasts’. Coincidentally (or not?) his own podcast with Anthony Chalmers of Raw Power Festival fame has recently returned to the airwaves, so scroll down to the foot of the page and click “play” if you want to check it out while reading this feature.

It’s a question that plagues those of us beyond a certain age: “where can I discover new music?”

For older readers, the answer used to be simple. If you were of a popular music persuasion, you’d look to Radio One (and later MTV), if you were more interested in alternative music, you’d look to Peel. The friends’ recommendations, music magazines and other sources (live gigs, DJs, pirate radio) played a part, but in the main, if you were alternative you’d go to Peel, if not, you wouldn’t.

These days it’s more complicated than that. Not only does cheap recording and easy distribution mean we have more music available than ever before, but human and cultural evolution means that it is more varied and innovative too. On top of that, we have more radio stations, music TV channels, online channels, blogs, websites, fanzines, magazines (yes, still) than ever before. For discovering new music this is a problem, and the explanation for this lies in jam.

The jam experiment is one of the most famous tests in studying human psychology when it comes to choice. In her book ‘The Art of Choosing’, the creator of the experiment Sheena Iyengar explains it in fascinating detail but the crux of it is simple: when a person is presented with many options, they face choice paralysis and the chances of them making any choice whatsoever diminish significantly. These results have silently revolutionised the way major corporations sell their products. In one example, Procter & Gamble – the company likely to be making many of the goods you use on a daily basis – reduced the number of Head & Shoulders shampoo products from 26 to 15. Not only did they massively cut the production costs in producing 42% fewer variants, they also increased their actual sales (i.e. the number of physical bottles of shampoo it was selling) by 10%. For a product that reportedly sells 110 bottles of shampoo a minute, that’s not an insignificant improvement.

But I digress. The point is that choice is – broadly speaking – detrimental to the consumption of the product. In music, people often anecdotally talk about getting older and not investing the same amount of time or effort into discovering new music that they did in their youth. Many factors play into this – whether it’s having children or having a smaller friendship circle or simply a change in interests – but those of us reaching adulthood in the early 21st century have also been hit by an explosion of choice: more new artists, more genres of music, more ways of listening and discovery.

So it’s hard, if not physically impossible, to know where to start. Louder than War has made a better fist of cutting through this than most, but at 6,000 words plus, even Guy Manchester’s excellent guides on “where to find new music in a post-Peel world” are so comprehensive that they instill the choice paralysis that we’re trying to avoid.

To increase our consumption of music, we need to lower the choice. For me, the best advice is simple: pick a medium. Pick a medium that fits into your life as it is. Multiple studies show that the more gargantuan a task seems, the harder it is to start it, so if your realisation that you’re only listening to the music of your youth has given you a desire to find more new music, you’re best served by not dedicating any time to it that you’re not already doing something else. So if it’s a case of putting on an interesting radio station whilst you work and pricking your ears up when something appealing finds you, or if you’ve got a commute that you spend too much time listening to Jollification yet again, or you spend a good few hours lying in bed on a weekend, there’ll be a medium to suit. If you simply pick a medium, you’ll have reduced Louder Than War’s list of sixty down to between ten and 23 – still too many for Iyengar, whose numerous experiments suggests that choices need to be a maximum of three then another three, but it’s certainly more palatable than more than three times that number.

For me it’s the middle scenario, although Jollification wasn’t the spark (‘Sugar Coated Iceberg’ may have been), it wasn’t even a lack of finding new music – as someone loosely connected to the music industry nearly ten years after launching a newsstand music magazine, and with plenty of friends still actively working in the industry, discovering new gems isn’t much of an issue. My issue was everything but music – simple education was missing from my life, and I filled the void with podcasts. Interesting people talking about interesting things, handily packaged in a format that I could just listen to at my leisure when walking from home to the train, from the train to the office, in between and at length on a Sunday whilst making a roast. The smartphone is wonderful, and services like iTunes and Pocket Casts (and others), that download and deliver new shows to you, have – simply put – revolutionised my life. From the behemoths of US podcasting (where podcasts are much bigger than they are elsewhere) like This American Life, its all-conquering spin-off Serial, or Freakonomics and many others, to smaller productions like Bristopia or homegrown (UK) shows from the BBC like More of Less or the Guardian’s Short Stories podcast. Podcasting provides bite-sized pockets of incredibly interesting, entertaining and worthwhile ways to surround your everyday life.

What these shows have screamed at me is that what has been missing from my life is a truly great weekly alternative music podcast.

When I started Bearded magazine back in 2006, the reason I did it was because there wasn’t a magazine that was available in WH Smiths that was writing about artists I cared about. Internet piracy (sic) was rampant and the artists people were listening to weren’t the ones in magazines. When I started the Independent Music Podcast in 2010, it was because the threat of 6 Music closing made me realise that people were of the false belief that its existence was to support independent artists – it was actually designed for (and continues to significantly be governed by) playing music that was at least ten years old.

When we stopped the Independent Music Podcast in 2012, it was due to time constraints, and in the three years since we have had (and lost) numerous great podcasts, but – like when I started Bearded – to this day there is still nothing that speaks to people like me and Anthony Chalmers (who I co-host the show with). We love experimental music, we love funky music, we like abrasive music and we don’t mind if it’s all piled on top of each other. Anthony said to me recently that he feared that we’d be “playing music his Dad wouldn’t hate.” I think it’s fair to say that in the past few weeks since we came back, although my Dad would love a disco song called ‘When the Shit Hits the Fan’, he most probably hates the challenging yet rewarding sounds of Mutamassik, Ata Kak and Ramasandiran Somusundaram.

There are amazing music podcasts out there. Gilles Peterson Worldwide is truly astounding and is the kind of podcast that I would love to have the time, skill and contacts to produce. His recent interviews with true innovators Chaka Khan and George Clinton are absolute joys to listen to – crammed full with incredible music.

The issue I have with Gilles’ podcast, and with the best music podcasts more generally, is that they’re too infrequent. Stones Throw’s podcast mixes and Jon Hillcock’s All Back No Front have the same charge levelled at them. This is why we wanted to make the Independent Music Podcast an hour of solidly varied music every Monday, so people can expect something that’s – to steal a Peel-ism – always different, always the same ready for them when they start the week.

Currently there are other shows out there that are delivered automatically every week to your iTunes account (or wherever you get your podcasts). If you’re into contemporary electronic music, there’s Electronic Explorations run by the amazing Houndstooth label’s Rob Booth; if you’re into folk, there’s The Mike Harding Folk Show; if you’re into indie / guitar music, there’s the If There’s Hell Below podcast all available for free.

And if you’re into a wide variety of stuff, there’s the Independent Music Podcast, also available for free.

Here in the UK, podcasts that are delivered via iTunes or other podcast providers are still yet to make much of an impact. Services like Mixcloud and Soundcloud, and the abundance of great shows on there (all the ones I’ve mentioned – including the Independent Music Podcast – are on Mixcloud), have made it more into the public conscience, and the BBC has been putting out podcasts for many years. But there isn’t the one place where alternative, interesting, hugely varied music reigns supreme – where anyone with a taste for alternative music can turn to and find at least one track an episode that gets them excited. We hope that our Independent Music Podcast can be that place.

And if there’s a weekly show I’ve missed, please let me know in the comments. I’m now firmly addicted to podcasts, and you could be too.

Get the Independent Music Podcast on iTunes, Mixcloud, Pocket Casts, Acast or wherever you get your podcasts.

All words Gareth Main. More features by Gareth on Louder Than War can be found at his author’s archive.