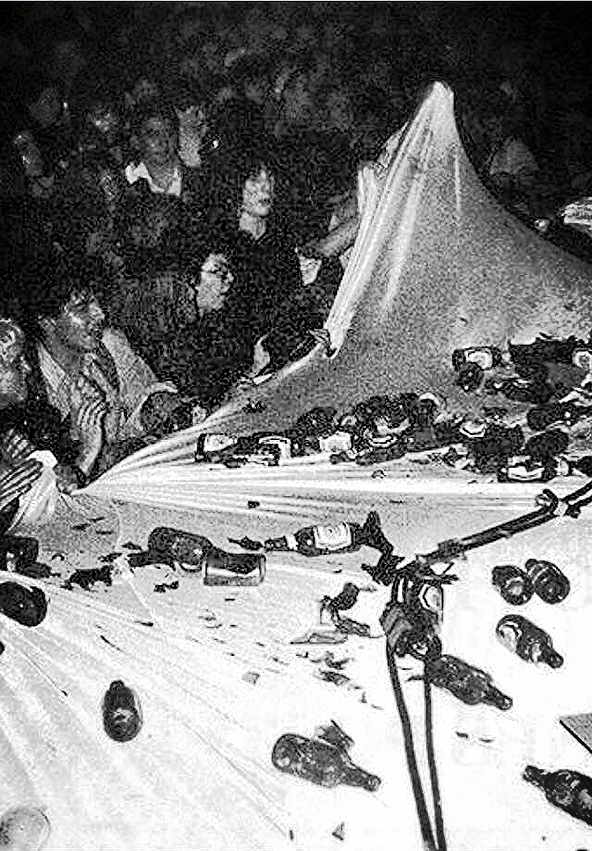 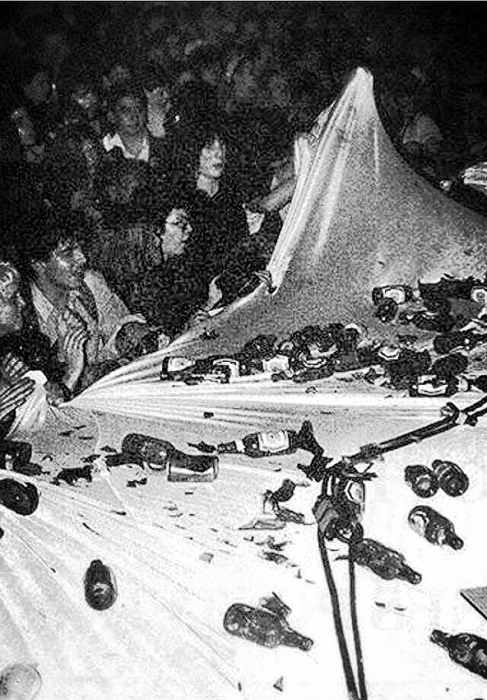 Keith Levene has blogged about the infamous events that occurred in Manhattan exactly 34 years ago when PiL played the Ritz in Manhattan. Events which involved riots, glass bottles and law changes! Excerpts can be read below.

On 16 May 1981 (34 years ago yesterday) Keith Levene and PiL played the Ritz in Manhattan. A riot broke out during the gig following which  bottles were banned at all clubs in NYC.

Over on his blog Keith has now given his personal account of what happened at the Ritz  on that day for the first time ever. He’s also made a video with accompanying photographs and music of PiL’s performance of Flowers of Romance amongst the chaos which you can watch below.

We strongly recommend you head over to Keith’s blog to read the full account, but we’ve been given permission to reproduce some of it below too.

“It often didn’t occur to people PiL were way better and way more exciting than the Pistols in every way.”

“The Pistols had such a profile and a lot people would take the obvious route to get what “they” wanted or what they thought would work. It often didn’t occur to people PiL were way better and way more exciting than the Pistols in every way.

“On the night of the show PiL were composed of myself, John Lydon, Jeannette Lee and Sam Ulano – a 60 year old drummer who I’d hired on sight at Sam Ash’s (or one of the NY music stores) a few days before.  But we weren’t directly in front of the audience. It wasn’t a “gig”. This was not and had never been intended to be a traditional gig.”

“An art crowd would have probably appreciated what PiL were trying to pull off here but many of the people who’d turned up that night didn’t.”

“An art crowd would have probably appreciated what PiL were trying to pull off here but many of the people who’d turned up that night didn’t.”

“At a certain point during the evening’s “festivities” one of the guys with headphones on who was helping us turned to me and said “Keith you gotta hear what they’re saying about you in the booth. It’s insane!”

“I wasn’t scared of all the bottles and chairs. By then I was really pissed off with what was going on and went into a different mode. 1st thing was to get Sammy the fuck out of there. The only proper stand up guy i’d worked with and this was not his bag baby… it wasn’t what he’d signed up for…the next was to get in front of the stage and stop these fucking assholes!”

“First it was one object at a time. Then five.”

“First it was one object at a time. Then five.  Now there’s this simultaneous cascade of stuff striking the screen.”

“Bottles…glasses…furniture…and whatever other random non-living things that were about were hitting – no correction – POUNDING – the big white screen.”

Read both parts of the blog by Keith over here.

To get a copy of “I Was A Teenage Guitarist 4 the Clash!” by Keith Levene click THIS LINK.