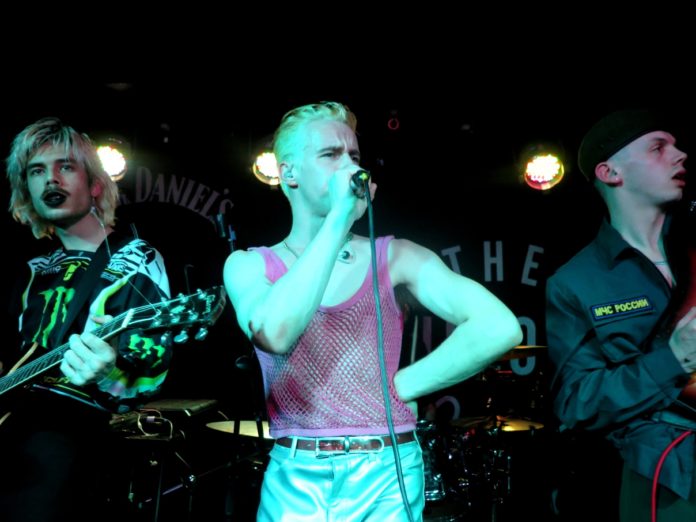 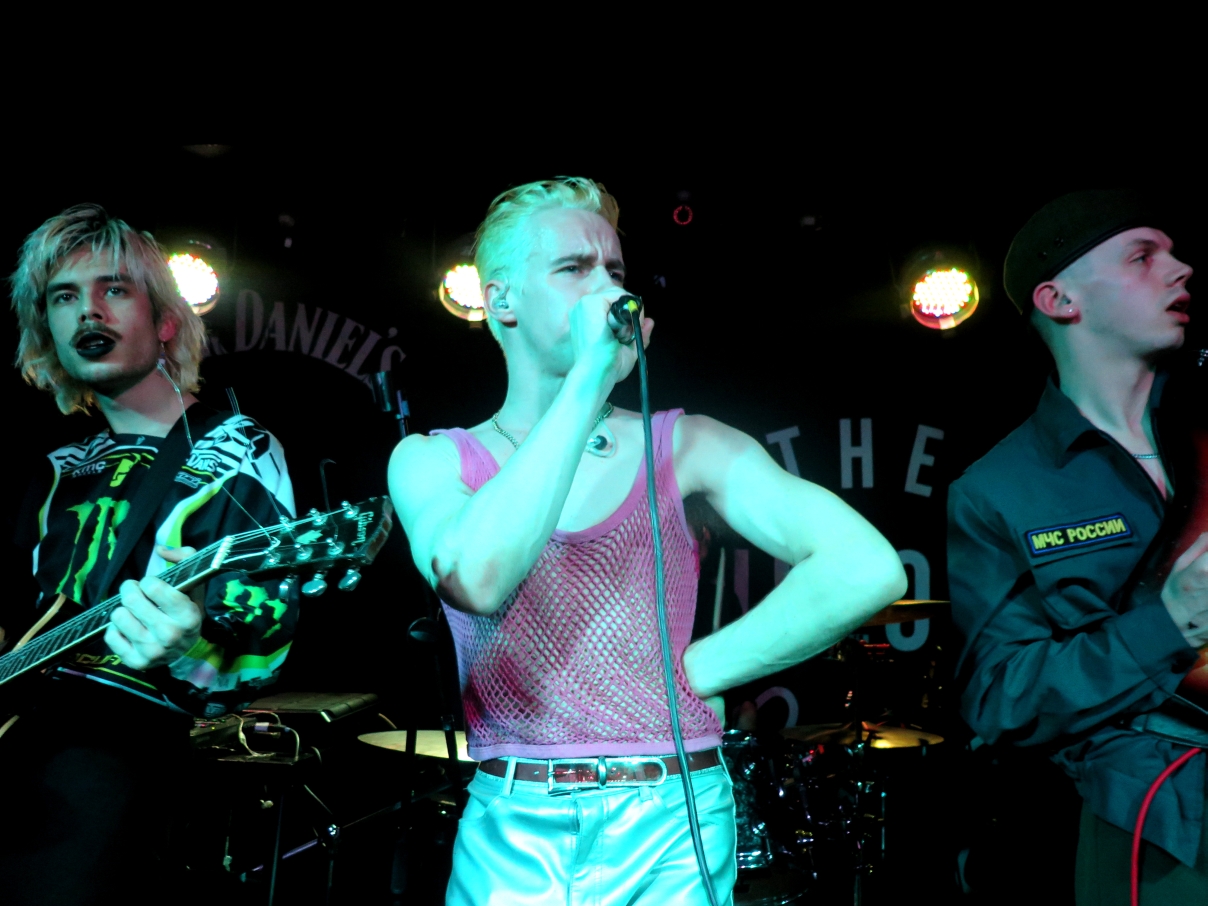 HMLTD defy all the odds to release a stellar debut album. (SPECIAL DEAL…BUY THE ALBUM HERE Click here) They’re now taking that album on the road, but are the band still cursed? Louderthanwar’s Christopher Lloyd went to Birmingham to find out.

It has at times seemed as though a curse has been placed upon HMLTD. Their debut album ‘West Of Eden’ has been four years in the making due to a combination of challenges that fate laughingly threw along the path to its release. Numerous band mates upped and left the group and their major record label seemingly threw a major strop before bailing on them just as the band were ready to hand in the finished album. It seemed as though West Of Eden was becoming something of a Sisyphean rock. Finally, it seems that HMLTD may have got their rock navigating its final course untroubled. Is the curse lifted perhaps?

The set kicked off with Loaded, one of the most menacing songs in the groups cannon, with its snarling bassline and Nine Inch Nails-esque guitars enveloping the group as they struggled to fit on what was an almost comically small stage for a band with so much gear. Loaded acted as the perfect calm before the storm of the following double punch of two older classics. Glam stomper ‘Music’ served as a launchpad for the hardcore HMLTD fan base to show their devotion to frontman Henry Spychalski by steamrolling through the already sweat drenched audience to get close to their musical hero. During Proxy Love, Henry returned that favour by ferociously swirling and dancing his way through four minutes of off-kilter pop genius as though his life depended upon it.

One thing that became apparent throughout the set is that the brand new songs sit side by side with the older numbers perfectly. There is a musical cohesion that takes all the band members opposing musical tastes and cements them together as clear-cut HMLTD songs. Despite having over an album’s worth of pre-album songs out in the world already, the band spend the bulk of tonight’s set focussing heavily upon West Of Eden. The band may have had their troubles creating the album but the devotion from their loyal fans have never left their side and show gratitude by singing along to every single word. On Satan Luella & I, Henry adds a Kanye West refrain over the latter half of the track, and the audience respond by singing to along to every Yeezy infused word, for many of the crowd are so devoted to HMLTD that they’ve heard this version on a one-off radio show a few days ago and memorized it wholesale. 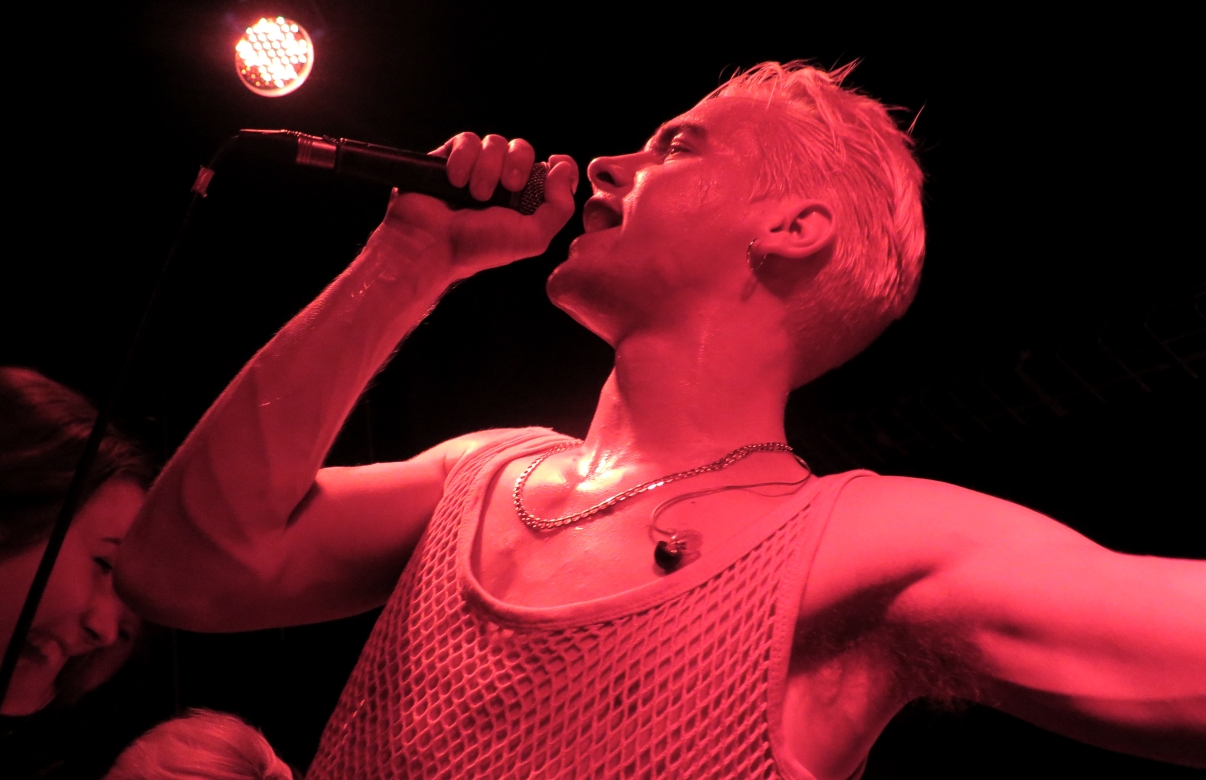 The curse of HMLTD isn’t totally lifted though, maybe it’s just changing styles a bit. Midway through the fourteen track set technical issues start to occur with the microphone, rendering large swathes of songs as instrumentals whilst making it physically dangerous for Henry to use. One song is dropped, bringing in the setlist to an unlucky thirteen tracks. Rather than admit defeat the group defiantly plough through the tech issues whilst Henry uses a backing mic, archly admitting, “this isn’t auto-tuned, so you’ll hear all my flaws”.

If there are vocal flaws, they’re certainly unnoticeable. His vocals on album highlight Blank Slate are impeccable as he theatrically roars “Throw away your books, Rally in the squares, The world is ours and the world is a blank slate”, whilst the rest of the band played on with an impressively tight mixture of pop music with theatrical overtones that references all the hallmarks of the great avant-garde pop musicians of the last fifty years, without resorting to merely aping those influences.

All good things must come to an end, and as the set draws to a close with their calling card, debut single Stained, the crowd take it as a clarion call and respond by going absolutely berserk as the track break down from an initial Roxy Music styled art rock stomper into a sleazy hardcore electronic bass monster. The result is a tangled mess of sweat, bodies, liquids and grins from both audience and a visibly relieved band. It’s a fitting image that serves as a cathartic sigh of relief that HMLTD have pulled off their mission impossible, finally.