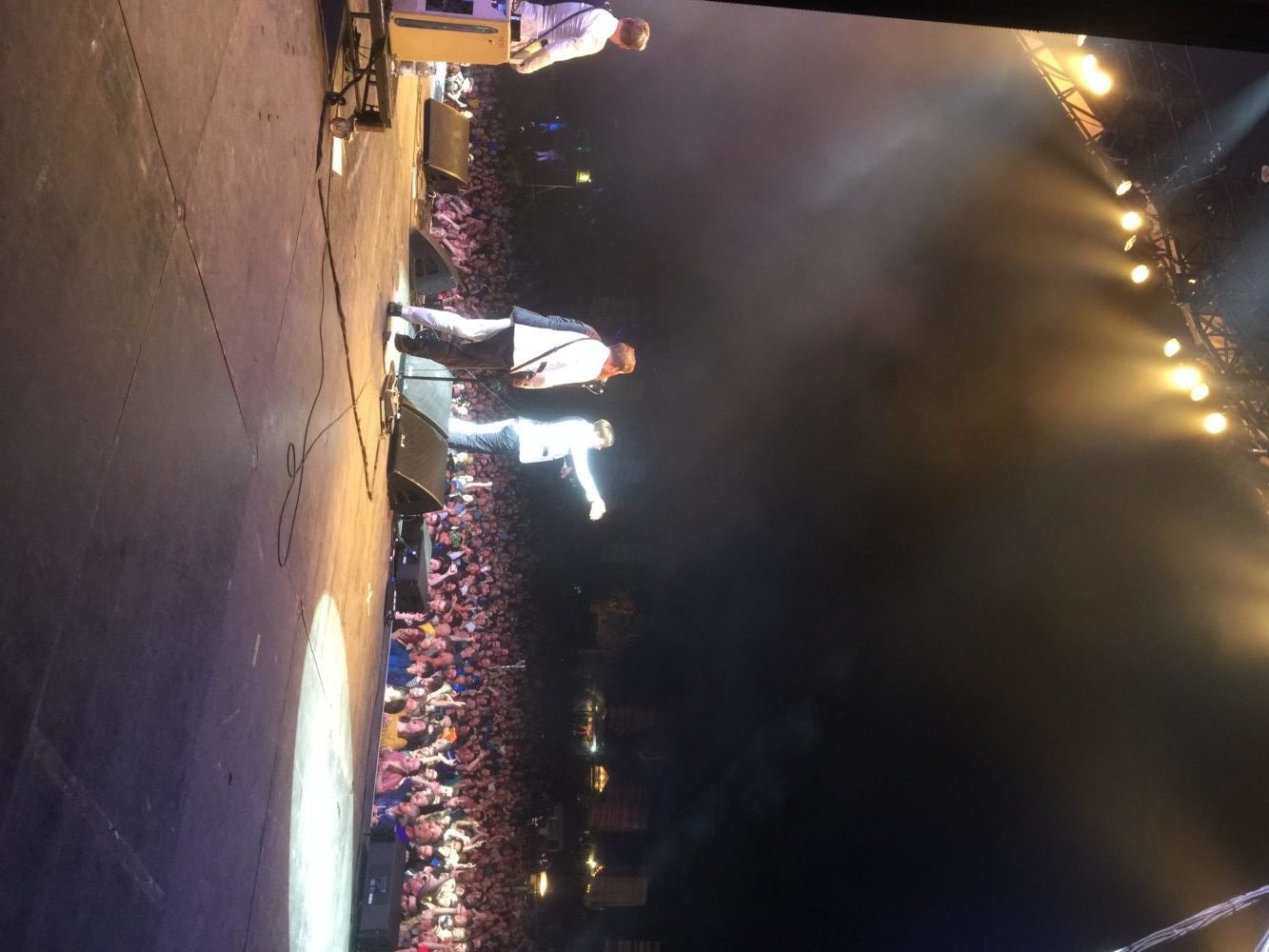 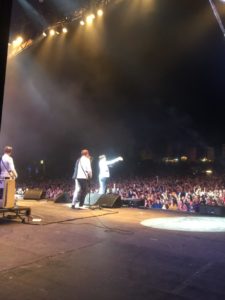 It feels like its been some time since we heard from the Hives.

The Swedish band were one of the key corners in the great indie guitar revival triangle with the Strokes and the White Stripes but with their added deep grounding in the underground punk rock scene and an appreciation of the Dead Kennedys giving them a deeper knowledge of the razor edge than their contemporaries.

There were hits. There was a certain flirtation with the mainstream. Clever sassy videos and a stark well played monochromatic image made them staples for a few years and then, like most bands, they seemed to wander over the horizon.

Thankfully, though, that is not the end of the story and tonight they headline Beautiful Days in imperious form. They have lost none of the garage band rush. They still own those zigzag riffs and the drumming is still heartbeat tight and physically powerful. They sound huge. The two guitars remain switchblade as they do the Rolling Stones twin guitar interplay perfectly and they deal out one cheeky anthem after another as they mash the gonzoid garage twist of the aforementioned Dead Kennedys, through the power of modern rock and the swagger of the Rolling Stones.

Dressed in matching black and white cut up suits they look the business and they proceed to own the place. There is something about bands that dress for work. They look like they there to do the devil’s work like sharp-dressed marines. They also deal every single showing trick know to the human race from endless hilarious rabble-rousing banter from grandson of Jagger charismatic frontman Pelle Almqvist to standing stock still like statues, singalong choruses, scampering road crew dressed as ninja warriors (yes really!) total crowd engagement and a brilliant moment when Pelle Almqvist, wanders into the audience and makes them all sit down on either side of him – not an easy task when you are dealing with thousands of people.

The Hives are the perfect festival headliner. Armed with the hits and a catalogue that is far fuller of classic songs than you can remember, they have the jukebox thing down, but they also have the energy, the living for the kicks and the sheer swaggering exuberance to pull it off. Years after their breakthrough they have never sounded so urgent and so powerful, a new song sounds as instantly classic as the hits and the energy levels are through the roof.

Deep into their career, The Hives are at the top of their game.