Home Music Bands Hit The Deck Festival Returns to Bristol and Nottingham in April, this... 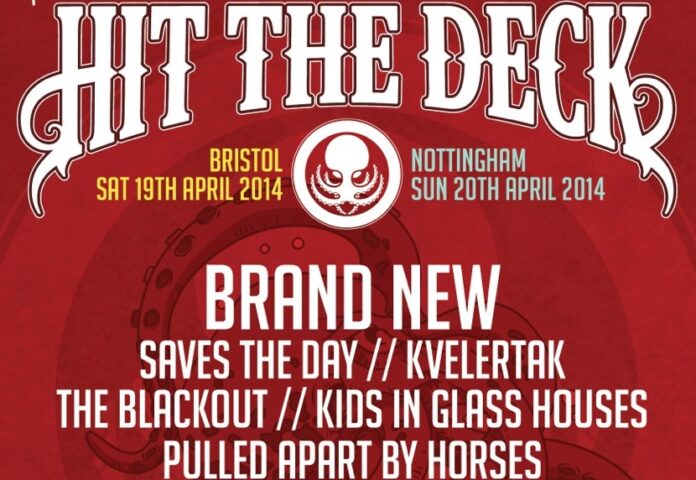 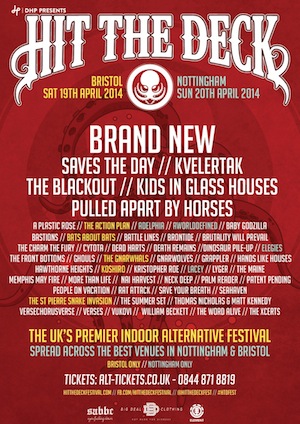 Billed as “The UK’s premiere indoor alternative festival” Hit the Deck will be returning to the twinned cities of Bristol and Nottingham for the second year running next month featuring sets from some of the best contemporary proponents of such genres as rock, metal, punk and hardcore. Headlined this year by Brand New and with a lineup rammed full of Louder Than War favourites Hit The Deck 2014 promises to be two days to remember. More details below…

Prior to 2013 Hit The Deck was a Nottingham only festival. However taking a leaf out of Dot to Dot Festival’s book (not to mention Reading and Leeds) last year they decided to take the festival on tour by playing Nottm b2b Bristol. A storming success, this year they’re doing the same again.

The full lineup will be playing across five venues in both cities. The Bristol leg, on 19th April, will be at o2 Academy 1, o2 Academy 2, The Thekla, The Fleece, The Exchange while the Nottingham day, on 20th April, will be over Rock City, Rock City Basement, Rescue Rooms, Stealth, The Forum. People of Nottingham should be made aware that the following Monday is a bank holiday.

Highlights include headliners Brand New (a real coup for HTD and proof of how highly regarded the festival’s become), Saves The Day, Kvelertak, Pulled Apart By Horses, Dinosaur Pile-Up, Brutality Will Prevail and Gnarwolves.

Tickets for the 2014 events are available now HERE.

For a list of all the bands taking part check out this video (or scroll down a bit where we’ve listed them in time honoured “bullet point” fashion.)