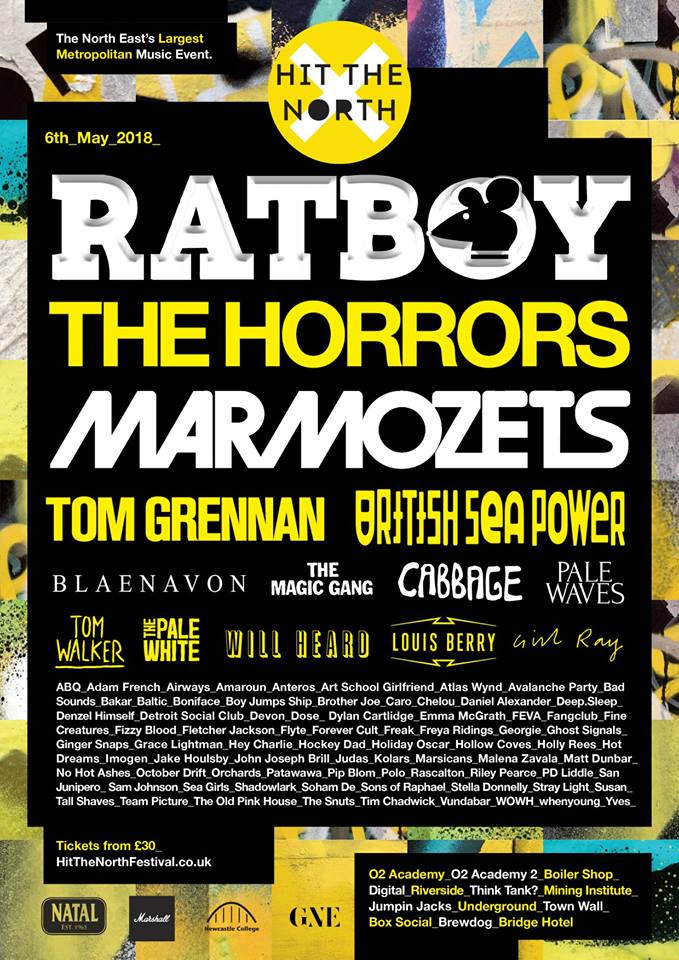 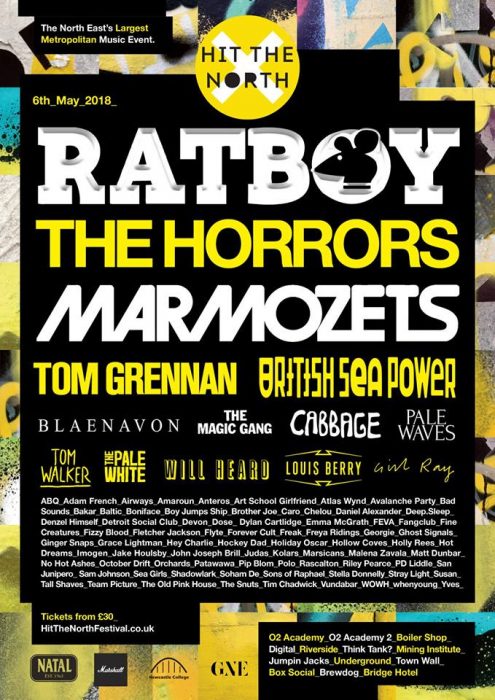 We take a look at this weekends Hit The North main event, from the vast line up we pick out just a few of our favourites, it’s set to be another exceptional weekend!

In just a few days time Hit The North festival will once again take over some of Newcastle’s finest music venues, we really cannot wait for what’s in store over the weekend. Previously we’ve taken a look at the monstrous line up for this years Meet The North, this time it’s the turn of it’s bigger brother Hit The North. Showcasing some more established acts as well as a number of acts who are just starting to make waves this year promises to be another special year.

First up are a band who finally seem to be getting some of the recognition which they have wholly deserved for the past couple of years. Avalanche Party have garnered a rightful reputation as one of the most exciting live bands around and every time we’ve seen them they’ve never disappointed us! Their gritty brand of garage rock is truly impressive couple that with front man Jordan’s stage presence and it’s a winning combination.

Another band who are increasingly on the up are Anteros whose spritely indie pop has been charming the hearts of many recently. Their pop-worthy credentials have been compounded having toured with the likes of White Lies and Two Door Cinema Club, a string of singles and EPs have continued to impress and we’ve got extremely high hopes for their set at Hit The North.

Whenyoung are one of the first signings to Felix White (of The Maccabees) record label Yala Records, with a similar sound to the aforementioned Anteros. They too are quickly capturing the attention of many with their own spin on indie pop with tracks like Actor and Pretty Pure. There’s an unbridled excitement and fun around Whenyoung, they’re more than likely going to be one of our highlights of the day!

One of a few international acts to feature on this years Hit The North bill are Australia’s Hockey Dad who are currently on a huge world tour. There distinct brand of surf rock is likely to be an immediate success, if blissed out tracks awash with hazy guitars are what you’re after then these guys have it in abundance and they’ll certainly be lighting up our Sunday.

A band who simply need no introduction British Sea Power return to Newcastle for what is sure to be yet another rabble-rousing set. The Brighton band never fail to impress their incredible back catalogue is what many of the artists on this bill strive to emulate, they’re always a pleasure and are sure to put on one of the best shows of the day!

Leeds band Fizzy Blood have long been teetering on the edge of big things, their sharp riffs and angry lyrics are always exceptional. They’re a band who deserve significantly more attention, they’re without doubt one of the most exciting bands on this line up. The likes of ADHD and Sweat & Sulphur are sure to set a riotous tone for the day.

Pip Blom first caught our attention last year at Twisterella festival, her sharp angst filled honest punk tracks really struck a cord with us. Fortunately she appears to have caught the ears of many more since we first saw her and arrives in Newcastle amidst a lot of praise for exactly what originally excited us. Pip Blom is without doubt one of the most exciting up and coming artists right now and you’d be a fool to miss her.

Another sneering fuzz laden garage rock band on this jam packed line up, this time in the form of Leeds band Forever Cult. This grungy trio always deliver, there is an underlying anger that runs through almost every track but front man Kieran sneers his way so perfectly through these harsh tracks.

The Old Pink House are one of Newcastles fastest rising bands, with recognition now on a national level these guys are rightfully tipped for the big time. Which has only been compounded of late with the release of the huge new single Expectations as well as a big hometown show in the summer.

Our final pick is another overseas band, this time from America a band who when I personally first heard them (long before they were announced for this festival) I exclaimed they were my new favourite band. Vundabar have already gained quite the following with most of their recent US tour sold out as well as upcoming dates with Hot Snakes lined up. That should tell you all that you need to know, these guys are sure to hit you with a barrage of upbeat garage rock that is going to knock you for six!

Based on these ten alone, this years Hit The North is sure to go off with a bang, but this is only us just scratching the surface, there are another 80+ bands taking to stages across the city. This will be without doubt one of Newcastle’s musical highlights of the year!

For more information and tickets check out Hit The North’s website here.