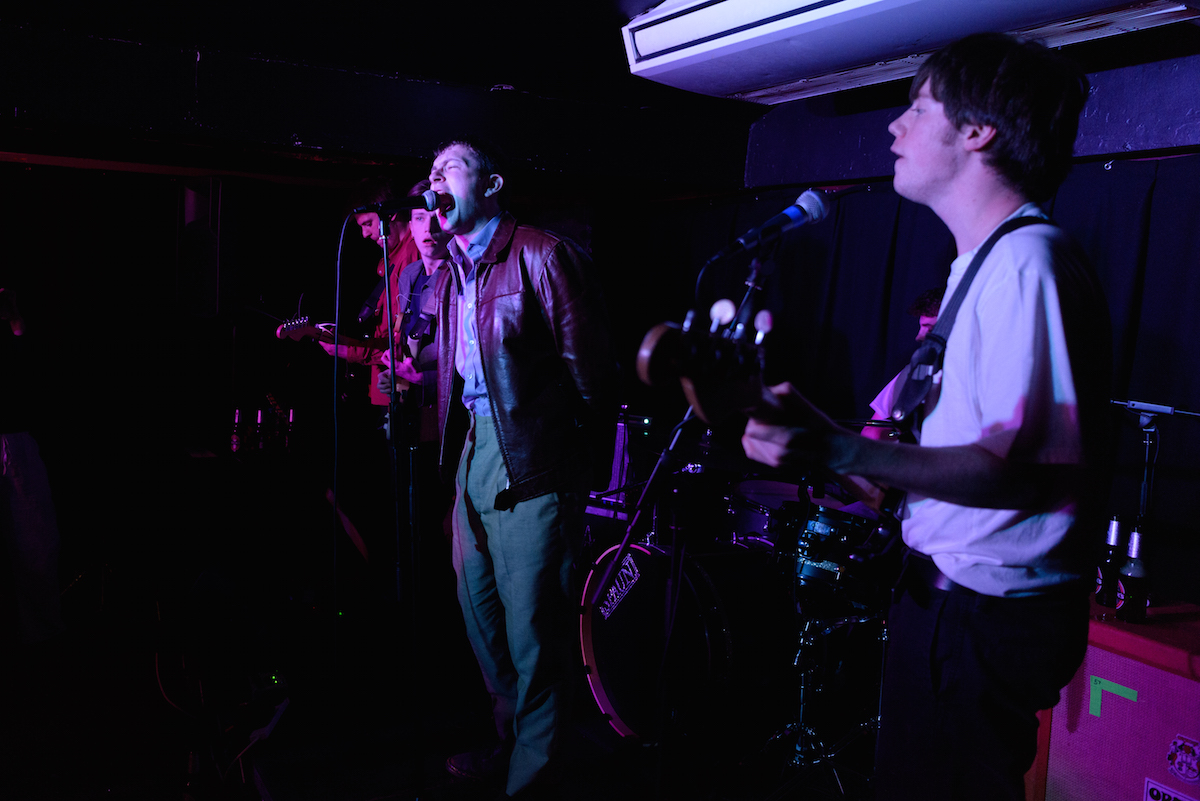 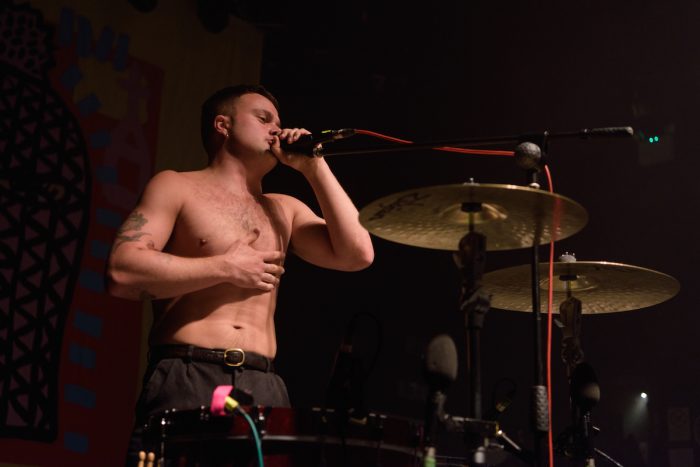 The first Hit The North festival took over the majority of Newcastle’s finest venues, with an exceptionally diverse line up it was a sure fire hit!

After the triumphant Meet The North the night before the stage is set for Hit The North, It’s an early start once again for us with a stacked line up spread across the city. We first find ourselves packed in a rather busy Think Tank for the first set of the evening, local band No Teeth have been causing something of a stir of late. So we’re down early to find out what all of the fuss is about. 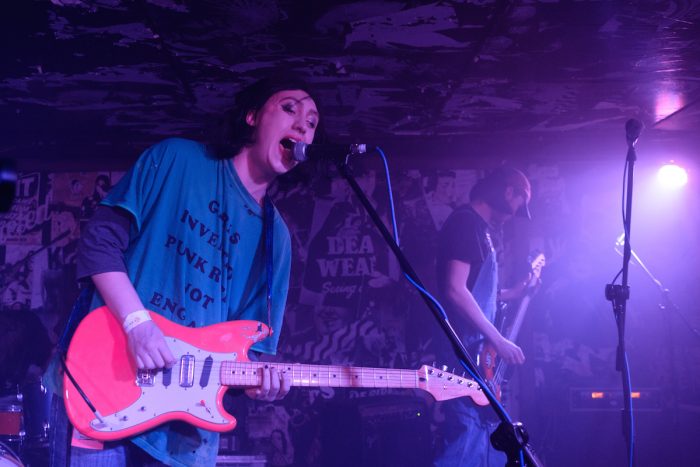 The trio take to the stage and set about unleashing their dark and brooding tracks, thick with heavy basslines and dark guitars. Lead singer Sam’s impassioned lyrics coarse through the venue, the seething guitars are almost deafening the chanted lyrics from Mother and the brilliance of Shopping Centre forming part of this intense set. It’s a set that will be indefinitely difficult to beat, as No Teeth set the bar particularly high early on tonight.

Gurr are quick to follow though, in one of the venues which is not often used for shows The Telegraph is set to play host to a diverse range of bands tonight. Gurr are a band fast on the up with their debut album In My Head bringing them to the attention of many late last year. Tonight’s set sees them showcasing tracks from said album in rather emphatic fashion, the likes of Computer Love and Yosemite shining through. The bands infectious energy quickly wins over the crowd and the room is soon jumping with excitement. 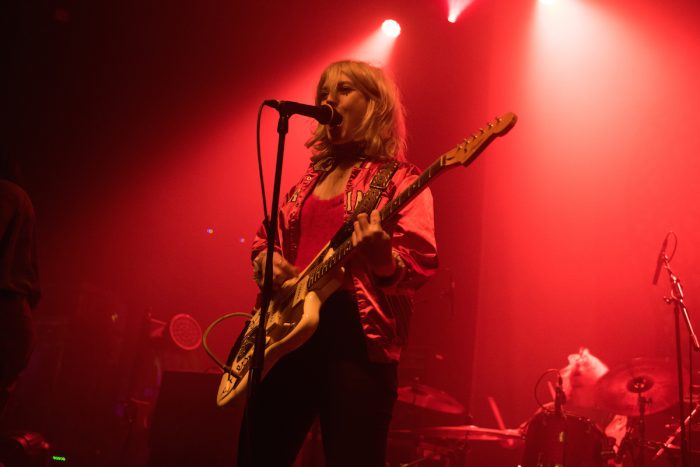 With every venue now in full swing its safe to say that Hit The North is off to a flyer and Black Honey only seek to compound this. Their own brand of shoegaze meets indie rock is greeted with resounding delight by the O2 Academy’s crowd. Lead singer Izzy is on top form as she whips the crowd into a frenzy the sea of pogoing heads stretching all of the way throughout the venue. The crowd responding in kind tonight singing back every word from the bands riff heavy tracks.

Arguably one of our most anticipated bands on tonight’s line up Shame are greeted by an expectant crowd, fortunately though they do not disappoint with their incendiary tracks. Front man Eddie stalks the crowd in his usual intimidating manner, as he delivers his lyrics with his typically powerful and passionate manner. With tracks like The Lick and Gold Hole there is no wonder why Shame are one of the most hotly tipped bands around, they have it all and it really shows tonight. 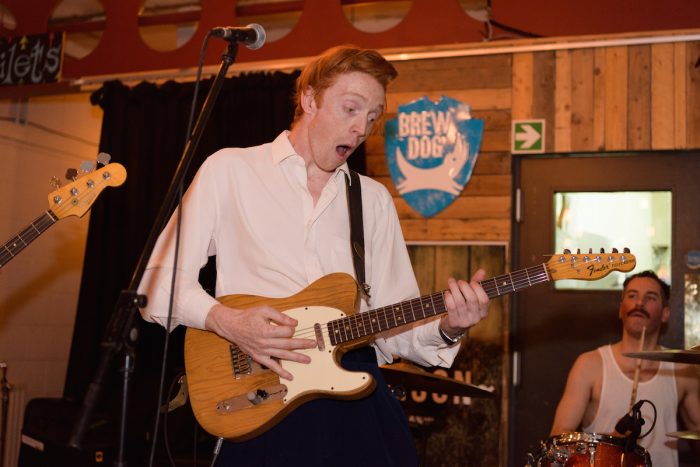 Artificial Pleasure are one of the surprises of the evening tonight, despite delays to their set they take to the stage in an upbeat manner. Fortunately, the band have the tracks to back up their swagger, latest single All I Got has already set the bar and tonight the band back it up with a slew of infectious grooves. However, I’ll Make It Worth Your While sounds absolutely brilliant live, it’ll not be long before Artificial Pleasure hit the big time if they continue in this vein of form.

This years main stage headliners were none other than Slaves who kicked off their raucous set in style, as they swaggered on to the stage causing a frenzy before they even pick up their instruments. Their typical chaos then ensued as the duo tore into a jaw dropping and energetic set, with tracks from both of their albums sending the crowd wild they never fail to impress. Tonight the likes of Cheer Up London, Sockets and Take Control can be heard being chanted across the city. They had the crowd on side from the start as the mass of bodies fused into one, with bodies flying around like pinballs. They close out the main stage in style but there is still so much music to enjoy throughout the city.

Down on the quayside Riverside is hosting a huge line up of exceptional bands, as we arrive VANT have just taken the stage and already have the crowd bouncing. Arguably the best and most immediate thing about VANT is there ability to tell it like it is, and whilst many bands are passionate about the world around them, VANT are not afraid to voice their opinion loud and proud. Tonight’s set is no different, their uplifting and heartfelt tracks underpinned by their powerful political message. It’s a call to arms rather than your average set, unending and unbridled enthusiasm that makes for one of the highlights of the night.

Closing out the Riverside stage tonight are the almighty Frightened Rabbit, who are still on top form after the release of Painting Of A Panic Attack last year. Despite the slight delay Scott and the guys tare through an emphatic set of miserable tracks. Opening up with Get Out, they continue to go from strength to strength with a beautiful version of I Wish I Was Sober being another one of the festivals highlights. 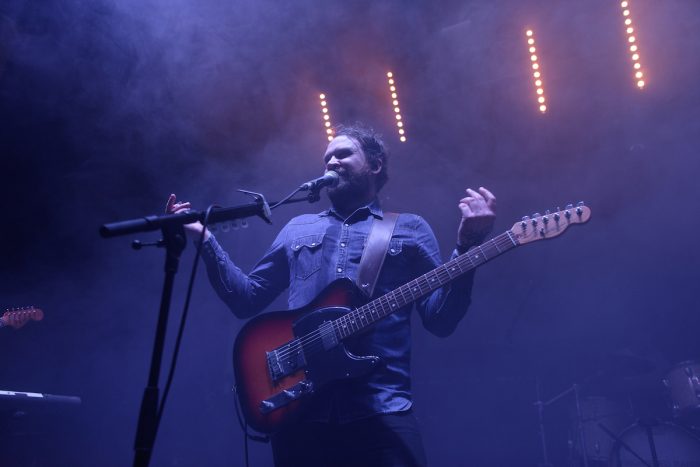 Frightened Rabbit are a band you can rely on to put on a flawless performance and tonight is no different, a slew of tracks from last years album cut with crowd favourites. Apart from Snake, which the band brush to one side despite constant requests from the crowd, they close out their set in the same way in which it began. Exceptional renditions of both The Woodpile and Acts Of Man bringing our time at the festival to a close, but what a high to go out on. Once again Frightened Rabbit prove why they’re one of the best bands around.

In all Hit The North provided Newcastle with a much needed showcase of national and international bands across some of the cities finest venues. The only wish that we had was that we could of covered more of it, with so many bands and so many venues we were pushed for time anyway. It was a true success though and we cannot wait to do it all again next year!