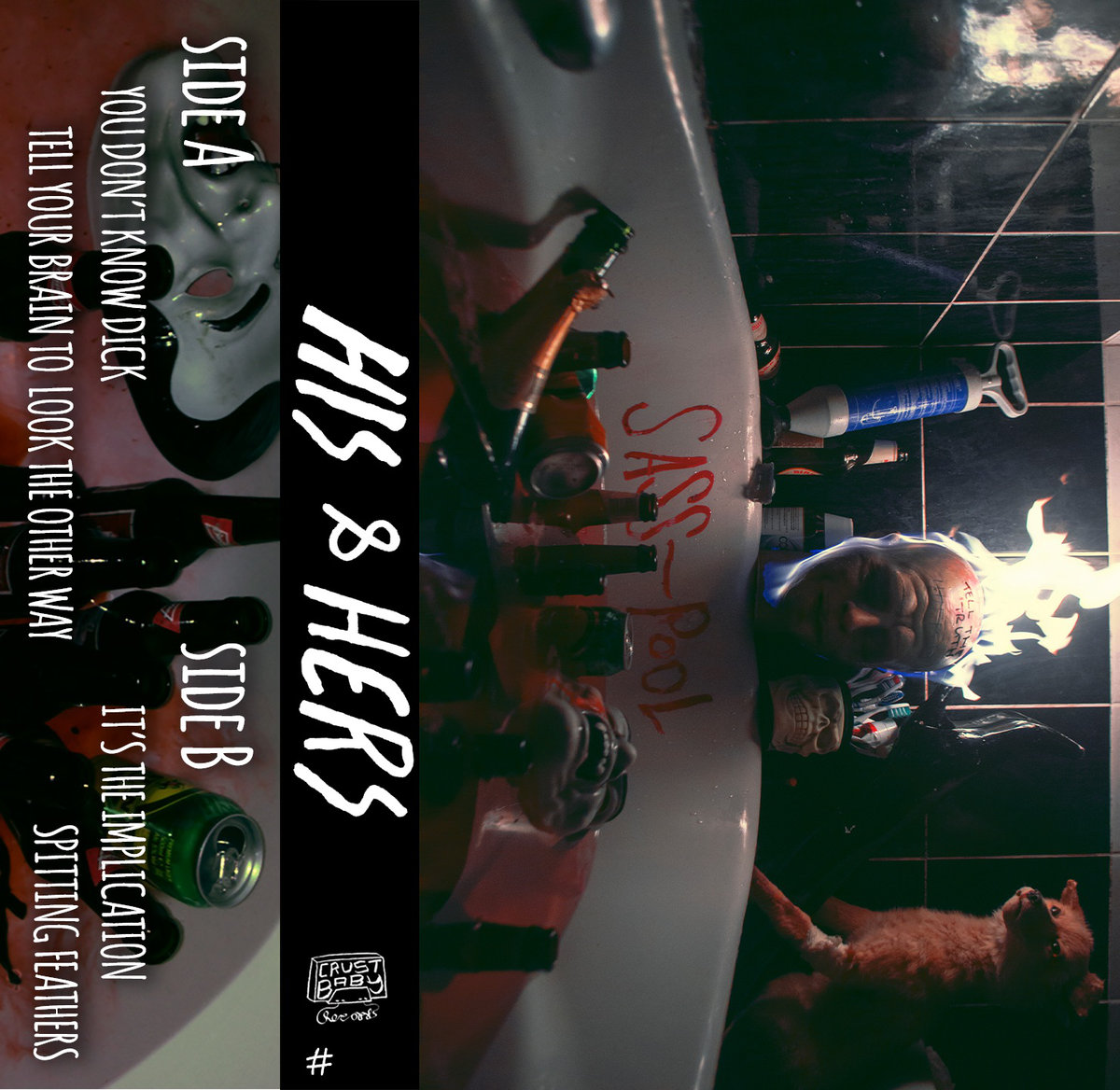 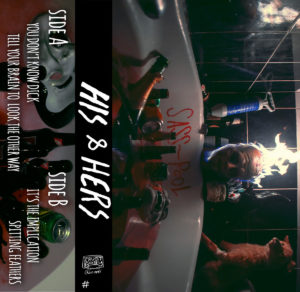 Four short blasts of math infused post punk, from His & Hers a Brighton based five-piece and released in a ridiculously short print run of just 20 home-made yellow + clear cassettes – each comes with some Crust Baby stickers and a handwritten note of thanks!

Opening with the wonderfully titled ‘You Don’t Know Dick’ a swirling vortex of sub screamo multi voiced vocals, slashing guitars and raining drums; whilst ‘Tell Your Brain To Look A Different Way’ is equally sharp and angular, shards of guitar bouncing around the inside of your head; His & Hers have disposed of the ‘How To Write a Song’ book – instead they shoe-horn in snatches of niche genres, concocting a weirdly engaging psychedelic post punk prog, that triumphs due to the bloody mindedness of its creators.

The sub 3min time restraint His & Hers have opted for across each of these tracks has not deadened their ideas, though ‘It’s the Implication’ is the nearest thing to a strict verse & explosive chorus, this EP will offer up, but the sheer velocity of the track elevates it above the multitudes of introverted teens the length and breadth of the country who are analysing their Joyce Manor albums in an effort to create something new.

His & Hers seem to have an honesty about them, a desire to push boundaries ‘Sass Pool’ is the result of that desire; an EP of scorching twisted, acid fried pop, pop that’s only just hanging onto the spectrum.