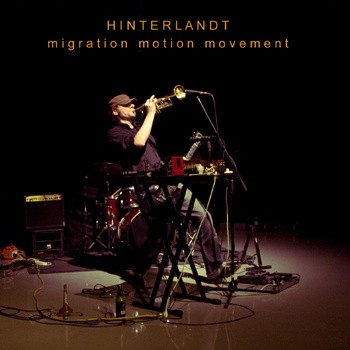 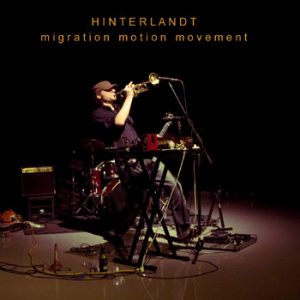 Imagine if you will; you are on a journey, perhaps as a passenger in a car, perhaps on a train, certainly a journey that allows you to relax ”â€œinstead of looking out across the altering landscape Hinterlandt suggests that you substitute visual stimuli for audio stimulation ”â€œ no longer will rolling hills become mountains and valleys, each feature will be replaced by sound and the sound will evolve as you travel through it.

”ËœMigration, Motion, Movement’ is the eleventh release from Sydney-based solo artist Jochen Gutsch aka Hinterlandt; The German-Australian musician also has also performed live right across the globe including performances in Sydney, London, Rome, Helsinki, Berlin, and Cologne. What Hinterlandt does is challenge the open minded music fan. This is accomplished by taking the listener on said journey whilst being stimulated by a vast array of instrumentation. Hinterlandt produces acoustic sounds overlaid with electronics, gentle percussion, manipulated noise and distortion ”â€œ the result being a truly unique, and carefully considered soundtrack”Â¦
The album opens with ”ËœMigration’ a 22 minute piece that heralds its arrival with a near 3 minute lone trumpet refrain, before without any real warning dropping a snatched clip of math-rock which without transition sees a single guitar and basic beat take the lead, as the journey progresses a selection synths filter in an out accompanied by some guitar distortion which almost takes on an aquatic feel, as the waves dissipate the math rock returns altering the beat entirely; the track slows and then the disparate parts fall away before reconstructing themselves into essentially dub; a huge cavernous bass holding all together ”â€œ but this brief moment of recognisable rhythm soon dissipates to be replaced with all manner of wind instruments, insect noises and I guess wind chimes carry you onto an ambient plateau; any opportunity to consider just what you have listened to is destroyed as a harsh blast of a industrial/EBM guitar, beat assault ensues ”â€œ the track finally closing after a near 22min kaleidoscope of sounds and styles.

”ËœMotion’ is possibly the album’s most accessible track. Again a lone trumpet opens the melody for the first section, the time of the signature altering ever so slightly as we journey into the piece ”â€œ a almost motorik beat draws us in with delayed/distorted guitar before a brief rather funky trumpet refrain returns; this piece positively pulses and hums; the sort of engaging genre hopping soundtrack often favoured in those painfully trendy bars ”â€œ but then the entire beat shifts again during the breakdown just to remind you of the joy Gutsch must feel knowing he is gently unsettling your understanding of music.

Final track ”ËœMovement’, is built around a strong driving bass line ”â€œ this is verging on pop music, skittish funky lead guitar, the warmth built further with some synth lines before these are substituted by that trumpet once more, and some hushed foreign language vocals ”â€œ As with the entire album there is just so much going on, just as you being to comprehend the shift in time signature, the switch to differing instrumentation it happens again, and then again, before the piece signifies its close with further industrial rasps. None of this should work, but this is the skill of Hinterlandt, he is literally juggling with sounds, distorted, altered beats, patterns and rhythms and yet somehow making sense out of it all.

If you have ever felt you want to be listening to something that little bit more challenging, then Hinterlandt may well be exactly what you are looking for.