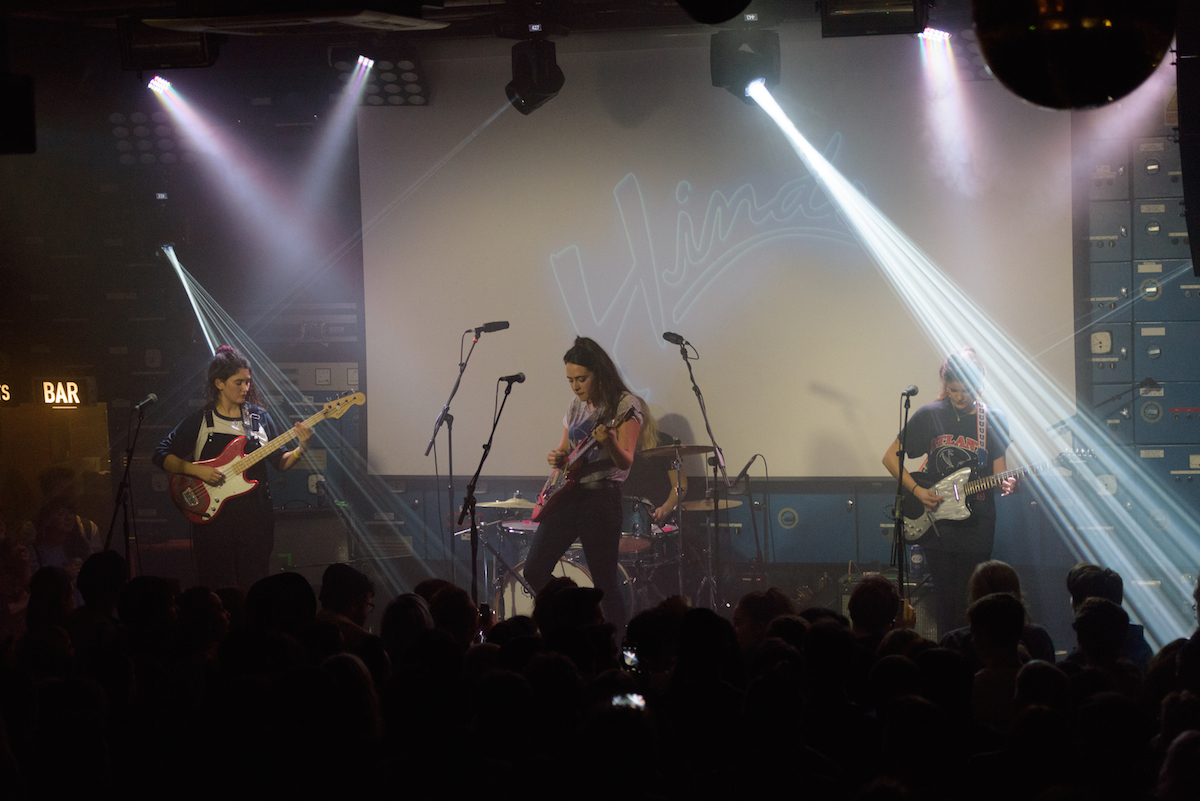 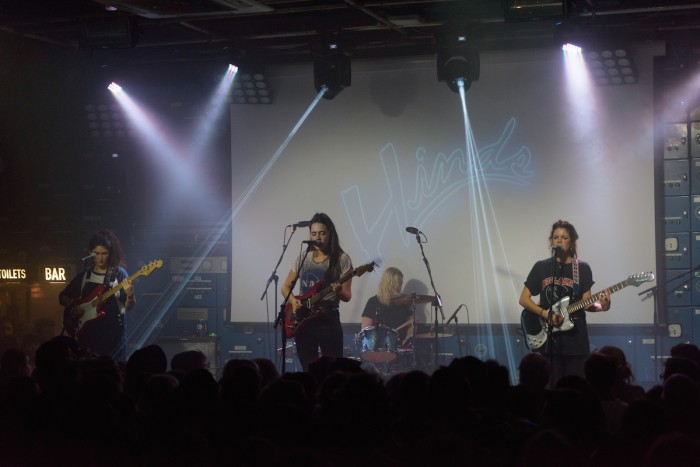 The almighty Hinds take Manchester by storm, as they cruise around the UK on a sold out tour. Hinds seem to be are a force of nature tonight whipping this packed crowd into frenzy almost instantly.

Currently riding the crest of a wave, Hinds have received praise and acclaim from across the board. Consistently selling out tours across the globe, and further extensive tours planned for the rest of this year 2016 is certainly going to be Hinds’ year. Tonight is no different, as they tear across the UK on a sold out tour they arrive at Manchester’s Gorilla in high spirits.

With the crowd in equally high spirits, support band Public Access TV are first into the lions den. This baying horde buoyant on weekend excitement is a tough crowd to please. The band is in an equally upbeat mood tonight; they feed off the crowd’s exuberance and deliver a consummate set. The only issue being the lack of variety, each track sounds very similar.

It could quite easily be a Strokes covers set; they’ve certainly taken on the bands sound. In spite of this they certainly warm the crowd up, as the excitement in the venue reaches fever pitch the lights are dimmed and Hinds take the stage. The chilled out indie rockers take all the excitement in their stride their nonchalance is truly impressive. 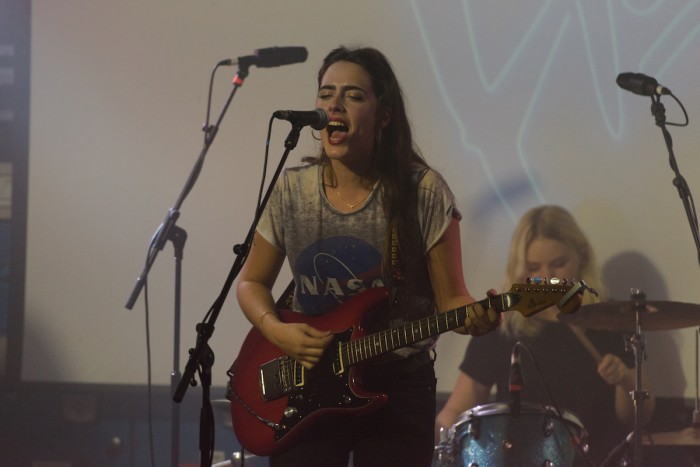 Even with the crowd falling at their feet they plough through a rip roaring set, with early highlights being Fat Calmed Kiddos and Trippy Gum. Despite the laidback nature of the tracks they still whip this crowd into frenzy early on. There’s effortlessness about the band their hook filled tracks have everyone singing along.

However, it’s the latter part of the set where things really take off, with the incendiary Garden and the wonderful San Diego. The band is clearly feeding on the fervour that’s exuding from the passionate crowd, as they scream for more after the band disappear into the shadows.

As they return they kick straight into a rabble-rousing cover of Thee Headcoats Davey Crockett, it is by far the highlight of the night. All of the hysteria has been bubbling under the surface and it explodes, in the most sensational fashion closing out a thunderous set from a band who’ve rightly garnered an exceptional reputation for their enthralling live sets.