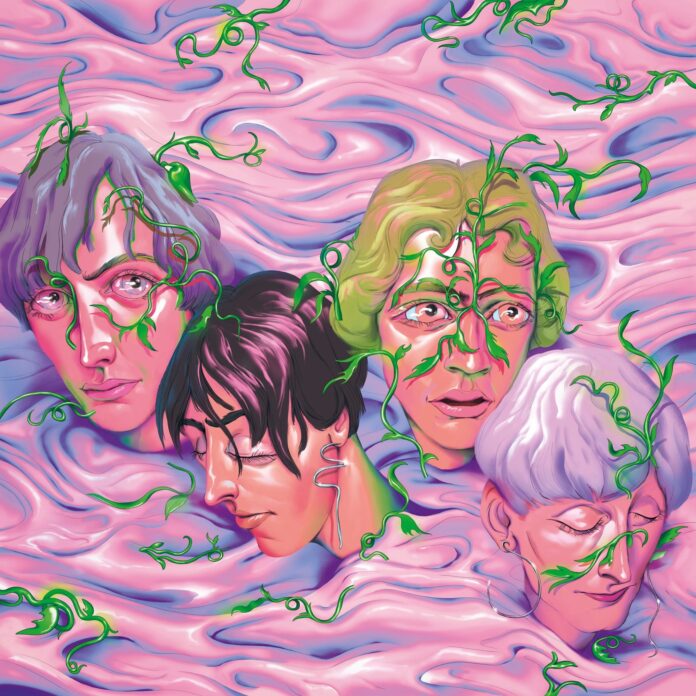 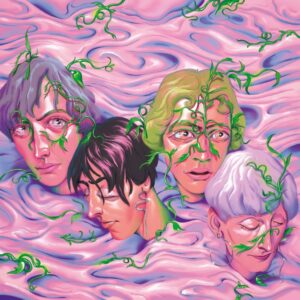 The album carries the listener from the endlessness of the ether in songs like Sølvflod and Kære Blå, Sender Sonar!, down onto the shifting earth in Blodbøg I, II, and III, and finally to an ephemeral interiority in Nerve, as Eigil Pock-Steen Jørgensen’s vocals function like a lonely instrument humming out to an empty, silent night.

Although the band have been playing together for six years, Vand, Død & Ensomhed is their first collection of lyric-based songs. I had a chance to chat with Eigil, Carlo, and Mathias about the release of the new album. Carlo described their use of lyrics as a method of “coming closer to something like human sound, a directly relatable human emotion.” As the band conceived the lyrics, they “improvised with the voice and used it as an instrument,” with “some lyrics written to the sounds of Caspar singing melodies, mumbling.”

The band’s improvisational roots speak through the synth and horn sounds engaged in a beautifully strange call-and-response dialogue across the album. As the band told me, “Our history is one of improvisation—that’s where it all started.” On their new album, electronic sounds conjure Kraftwerk and Neu! while guitar distortion reveals influences like My Bloody Valentine and Ride. Yet Himmelrum’s third album is also distinctively the band’s own. It was created almost entirely on the island of Sejerø, where the band spent days under skyglow making music. The island is just 11km long, 2km wide, Carlo told me, “so you’re always so close to the ocean.” The band’s time on Sejerø took place largely in winter, although they stayed in a summer house on an island that’s populated only during warmer months. On Sejerø, the band explains, “we manage to switch between day and night when we’re there . . . That’s why the music sounds like it sounds.” The songs that arise out of their oceanside isolation are strikingly unnerving works that sound like the image of a salted night sky, interrupted by streaks of indigo light. (“Before Covid, of course, isolation meant something very different,” the band recall.) The synesthetic elements of Himmelrum’s music shouldn’t come as a surprise given their process for writing songs that appear on Vand, død & ensomhed:

“We all sat down and wrote letters to the color blue. Out of that session, we thought about what the color blue means to us – in terms of water and sky. Then we had a huge bank of sentences we all wrote together, and we let it go. We picked up the song again one year later, and by that time, the lyrics were from all of us.“

Himmelrum’s epistolary engagement with one another, and with the ocean and atmosphere, materializes in their lyrics:

Are you wrapping yourself around my hand now

Will it remind me

Of the dew rolling down the mirror

When we meet in your horizon

And my mirror-faced mind is framed

In your blue paradise

The video for “Nerve,” the last song on the album, emits a sense of loneliness and finality, illumined in the opening words:

My best friends are the stars

My best friends are far away

The band is interested in the power of the ocean, and the ways in which sonic improvisation can mirror the spontaneous and unknowable shifts of the sea – what they describe as “the wild, uncontrollable, natural powers of the empty island.” Ultimately, Vand, Død & Ensomhed is the “most produced” record they’ve done to date, according to Himmelrum, and it has left them dreaming more broadly about new possibilities for electronic and improvised sound.

Check out the full album below.

Vand, Død & Ensomhed is being released in Scandinavia by The Big Oil Recording Company and internationally by Joyful Noise Recordings.