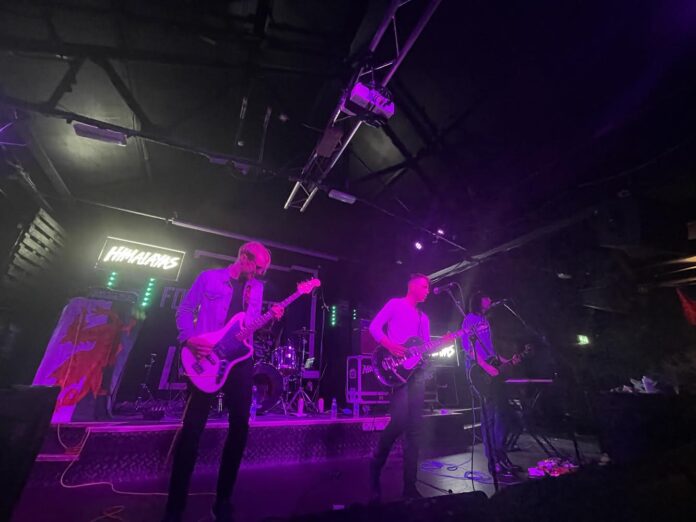 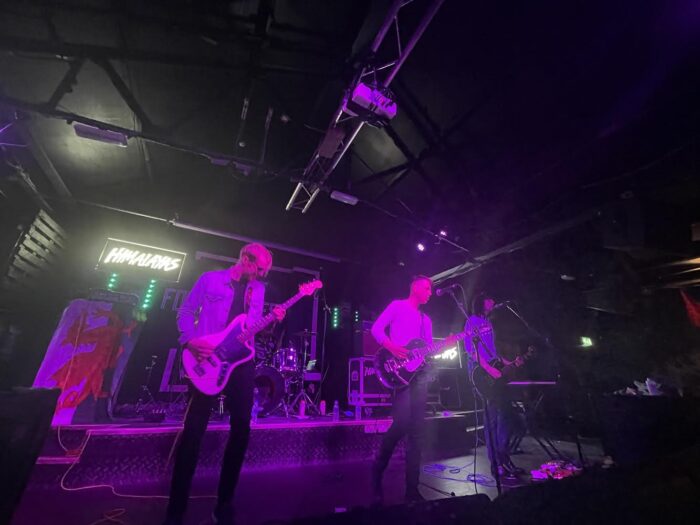 All the dots certainly joined today.

The latest young band to follow the ‘Grand Manics Tradition’ of eloquent Welsh youth who believe in melody and rock n roll having the power to change the world are performing a live cast at an invite only gig. A potentially tough gig in front of cold hard cameras and seated punters but Himalayas are on a roll with a multi million listened to Spotify track and that urgent self belief of young working class men getting a break from the dead end lives imposed on them by the powers that be.

Also, they are playing just before Wales brilliant 2-0 victory over Turkey. As Welsh as the dragon flag draped on their bass amp they are pumped full of rock n roll adrenalin and anticipation. Even before the game the room is throbbing to celt pride and like Gareth Bale’s rock n roll football the band deliver a stirring and emotive mini set with choruses as emotive as Bale’s swaggering last minute taking apart of the Turkish defence.

The live cast is being filmed in a converted old bakery – one of the few old buildings left in Manchester city centre. The cameras are whirring and the audience sit around tables – it’s all we have at the moment as the Delta variant rampages around the Manchester City centre but no-one told the band who play with the passion and intensity into the endless void of the Covid times.

Music at its best is transformative and obliterates everything and the band’s anthemic songs and emotional clout create and weave magic in the murky afternoon half light of the venue.

Himalayas are not here to reinvent the wheel – that’s not their vocation. They are here to write songs that celebrate community, embrace life’s ups and downs and create a stadium filling stew of their well worn favourites like the aforementioned Manic Street Preachers, or even a touch of the wide open soundscapes of Mansun, the song writing nous of Stereophonics and all the other scenic 3D musical landscape painters of the past few decades as well as their parent’s record collection classics like The Beatles and many other nuggets. Mike Griffiths delivers the songs with a big voice belying his skinny kid frame with Joe Williams pitches in for contrast,  shaking his Badfinger mop.

Like Wales, later on, Himalayas are not game changers. They defy the odds and make music that aches. Their genius is doing the basic things beautifully or harnessing that emotion that runs through the Welsh valleys and into the veins of its people and turn it into powerful tune laden songs that connect powerfully.

In times of chaos, community and song mean everything.