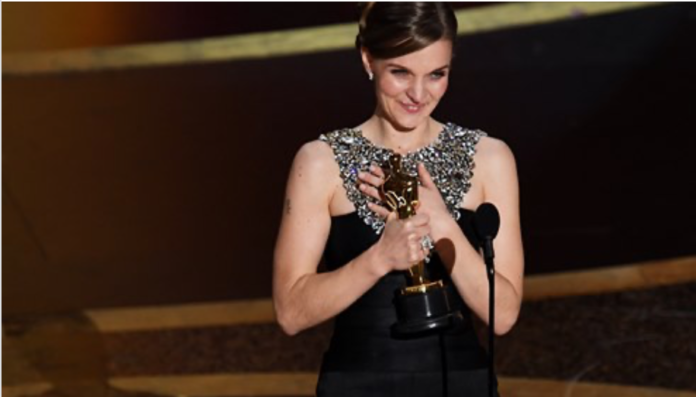 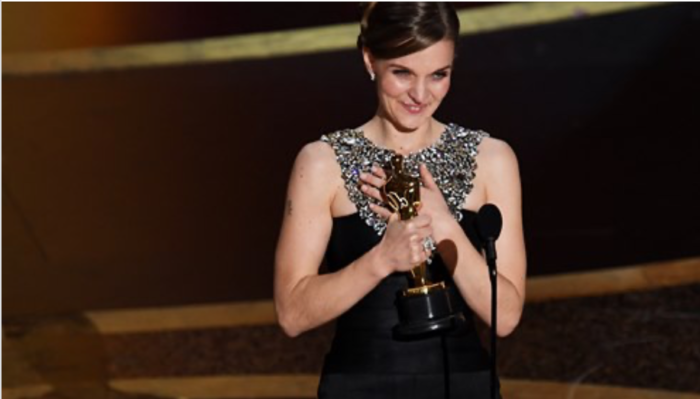 Hildur Gudnadottir is the first woman to win in the best original score category since the Academy of Motion Picture Arts and Sciences combined all of the score categories into one in 2000.

Her soundtrack to ‘The Joker’ is a stunning, dark and brooding cello driven composition that is key to the film.

Gudnadottir is one of only seven women to be nominated in any score composition category, only three have won. Previously, Marilyn Berman won an Oscar for composing for “Yentl” alongside Michel Legrand and Alan Bergman, Rachel Portman won for “Emma” and Anne Dudley won for “The Full Monty.”

Gudnadottir was given a standing ovation from the audience as she approached the podium.

“To the girls, to the women, to the mothers, to the daughters who hear the music bubbling within, please speak up,” Gudnadottir, said in her acceptance speech. “We need to hear your voices.”

Heading into the Oscars Gudnadottir had won the BAFTA, Golden Globe, Hollywood Critics Association and society of composers and lyricist awards for her work on “Joker.”