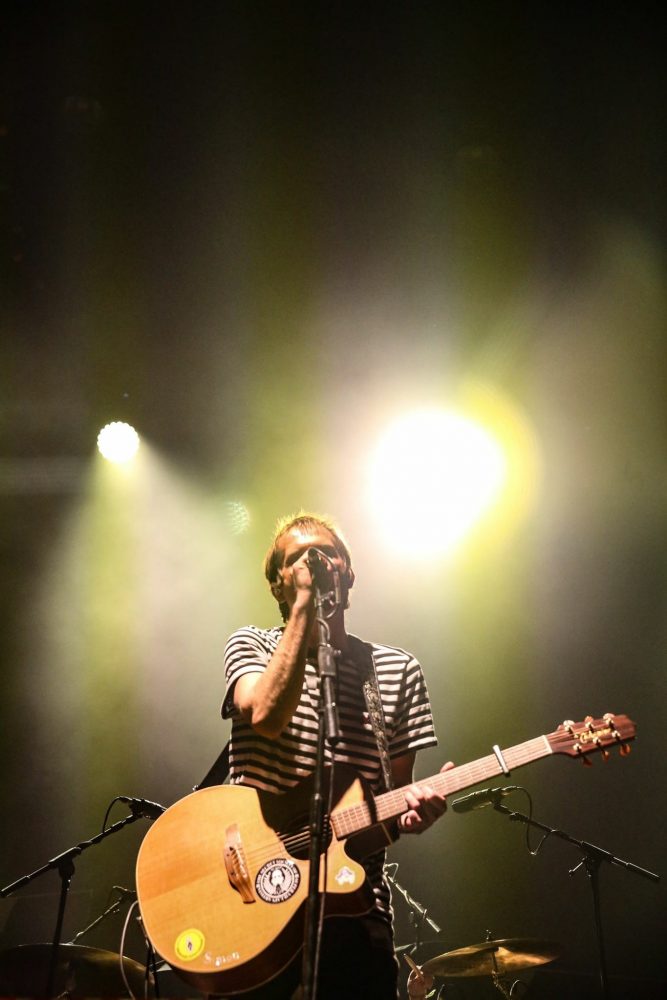 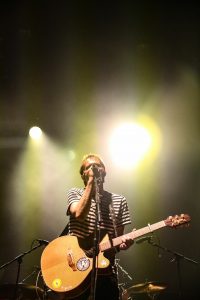 The Hightown Pirates copacetic debut album Dry and High could possibly have passed entirely under the radar due to the fickle nature of the music press. Louder Than War’s Harry Mulligan finds out more.

Not, if you have been paying any attention this past year. There is a dedicated cohort at Louder Than War who’s job it is to ensure that such melodic and lyrical injustices should never occur.  Harry Mulligan is one of them, and this is what he has to say:

Dry & High is an album with a gorgeously meaty back story; a  familiar narrative, and a hopeful, Christmassy message about snatching victory from the jaws of defeat. So, let’s start at the beginning, first things first, and all that:

Simon Mason is the man at the heart of the matter here. Who is he? I hear you ask. Well he is the chap who became known as ‘The Doctor’ during the Britpop years. You can guess the rest. In about 2006, he got clean and experienced a change of heart in order to become the heart of the matter in this incredible story.  Simon penned the book ‘Too High Too far Too Soon’.   At that time, at least in the UK, he set a great example of what cathartic writing looks like – at least for a whole host of ordinary people recovering from mental health issues and alcohol and substance addictions. Perhaps most notably for people who followed after, including Russel Brand and Alan McGee.  They went on to do the same in the realm of the music and entertainment.

As if that wasn’t enough, Mason went on to perform Too High Too Far Too Soon in a one man stage production. He even elicited a solitary standing ovation from God himself: Jimmy Page!

In the time thereafter, Mason developed a warm friendship with Mick Head from SHACK; someone Mason touts as a colossal inspiration in the realm of songcraft. Being inspired and armed with this completely visceral yearning to alchemize his experiences into song, he did just that.

What followed is the most synchronistic and serendipitous series of events that resulted in this incredible album being made but that there is the story for a feature, not this humble review.  So, what more could be said here in miniature, in a review? Well mainly, justice is best served by screaming LOUDLY:

‘GO FUCKING LISTEN TO IT!’

First of all, there are no fillers on this record. Every single composition stands alone, experientially, melodically, and musically. Just For Today is the song that most epitomizes the philosophy embedded in twelve-step spirituality.  It has a fantastic ascending horn progression that is exquisitely jubilant and crowned by a chorus/vocal that would place it best in the Sistine Chapel. Two For Joy is an ode to the second Magpie we all look for in our collective recoveries.   It is made complete with a soaring, floating thermal of sound in the shape of a guitar solo. Oh my…

Chasing Rainbows is written to Mason’s daughter, Tabitha, (..out chasing rainbows with my daughter), and thereafter, one song after the other surpasses its predecessor in beauty. The minor chords make this ballad one of the best heard this year. Best listened to at high volume, again with BV’s soaring in lofty places more suited to angelic entities. The irony is that someone so disgruntled and disgusted as Mason rightly is with organized religion, that he could produce such a celestial sounding record.

Higher Ground is the opening track on this debut Hightown Pirates record.  It starts with flautist, Lilly Visil’s haunting introduction. She is the signatory instrumentalist on a record that encapsulates the verb; to ascend. A Million Pieces is the track that most follows that ascending momentum and makes this a record that repeatedly demonstrates how to snatch victory from the jaws of defeat.

Perfect Strangers is this authors fave. It’s got that fuzz heavy Jesus and Mary Chain feel that had me stomping around my living room, and that typical addict gallows humour: ‘I’d sell my ass, but there’s no one buying!’

Last Chance Saloon, is a tongue-in-cheek term used within a certain society of recovering addicts twelve-step meetings to refer to their meetings themselves and the sanctuary and safety they provide. The song itself may be a nod of the hat to one of Simon’s preparatory projects, The Should Be Dead’s. Addicts of any kind will universally identify with this song. There is no way to be tacit about it, so let’s just be blatant. It seems like recovering addicts are finally finding their voice, and Simon Mason and Russell Brand are leading The Way, The NA Way!