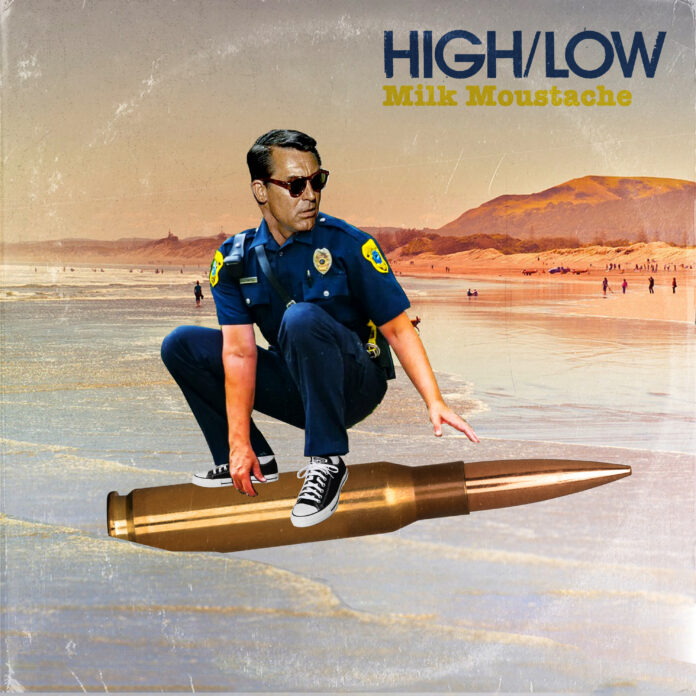 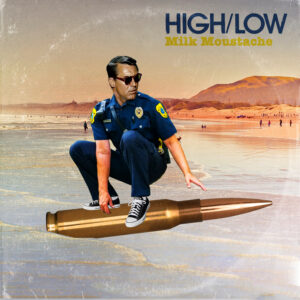 Southend fuzz-lovin’ rockers, HIGH/LOW, return with their fourth EP of the year and show how to really do it yourself.

Blah blah blah, yada yada yada, yeah, insert now-typical phrase about shit year, virus, Johnson trapping his johnson in a Cumming lockdown. You get the drift by now. So, what’s going on to lift us out of it? Don’t let the bastards get you down and keep forging ahead, full steam. That’s exactly what Southend fuzz rockers HIGH/LOW have done. Their last album dropped at the end of last year and we said it was an unabashedly catchy 16-track ride all keeping the 90’s flame not only alive, but also kicking. By all rights, this year they should’ve been travelling up and down the country in a beat-up van bringing their blend of dense and infectious college alt-rock to the masses. Fans of old-school Weezer and worshippers of Mascis and Barlow would’ve been wetting and sweating themselves in cramped venues the country over. But yeah, blah blah blah.

Has this year’s shitshow put a stop to HIGH/LOW? Not in the slightest. These guys have to be one of the hardest working studio bands going at the moment. Deciding to split their new album over 6 EPs, here we are, plan on track, EP 4. We’ve already had Ham Grenade, Remote Control and Half My Head, which the band have now bundled together as a first CD package (strictly limited mind). So now they’re on to the second half and at the end of the year, as well as another CD of the second half, we’ll get a vinyl release of selected tracks from across the series.

Anyone who is familiar with the band will find no surprises here, just more of the same high-energy fuzz riffs, driving rhythms and pure 90’s alt-rock harmonies. Milk Moustache is another triumph for them and a jewel in an already great project. Surf Cops Theme (clearly the inspiration for the artwork) rocks as hard as Songs For The Deaf QOTSA, riding a ripping guitar riff as a quick instrumental that sits in the middle of the EP. It is surrounded by songs like Still Apart, which, if he heard it, Rivers Cuomo would be kicking himself at never having written it. Closer uses that filtered vocal sound that was abundant in college rock back in the 90s to great effect, while In Silence brings in those Dinosar Jr guitars, dense fuzz propping up sweetly distorted riffs. Still Apart and Hole In My Head add a dose of slacker indie rock vibe to the rhythm. But whatever they’re doing, the fuzz is king! So much so that the band developed their own pedal to get the exact sound they wanted.

Milk Moustache is a cracking addition to their constantly-growing discography and HIGH/LOW are showing that, if you can’t get out, hunker down and don’t stop creating.

Listen to Milk Moustache below: