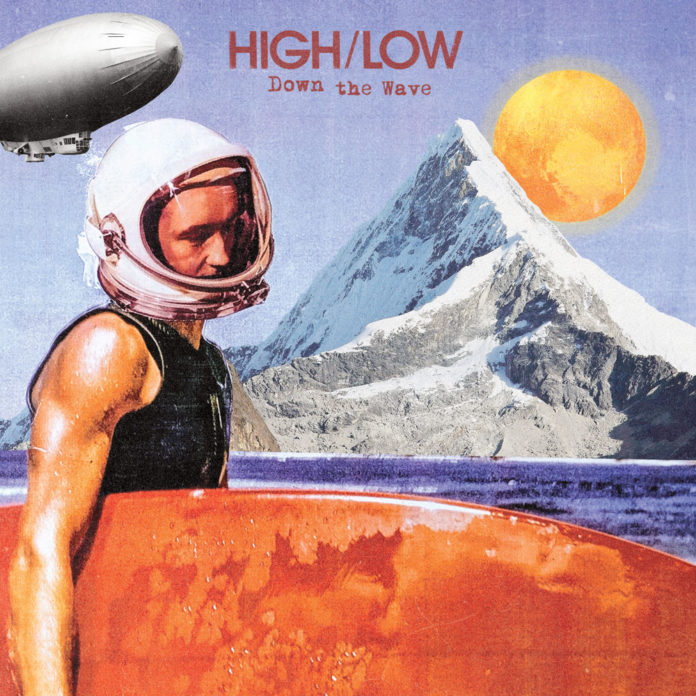 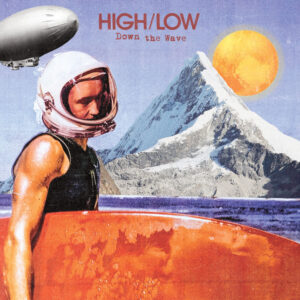 Essex-based lo-fi fuzz lovers, HIGH/LOW, return for album number three and hark back to the best of the 90s alt-rock sound.

For Steve Weston, vocalist, guitarist and drummer of Essex’s HIGH/LOW, the world stopped turning sometime around the tail-end of the 90s, when the sounds crafted by the grunge scene over the decade earlier, harnessed from the alt-rock sounds of Dinosaur Jr and Husker Dü, had been filtered through college radio and out across the airwaves. It was a time when the once rough and guttural sounds of the genre had been polished, but not to a point where they had lost their charm. On his third album as the driving force behind High/Low, alongside bassist Lee Yates, the riffs come through strong and are balanced by great harmonies.

The album kicks off with the short sharp blast of Into The Wave. It’s done and dusted in a little over 90 seconds, but in that time sets the tone for the rest of the album. It signs off with a fuzzed-up distorted blast of a guitar solo, likely fired up with the special fuzz box pedal that the band (who also run Raygun FX) developed especially for the album and which gives it that souped-up 90s sound. When Getaway Driver comes in the band are channelling Colour & Shape-era Foo Fighters, moulding that same unabashed 70s big rock style and distilling it through the overdriven grunge sound. The double-tracked vocals fill out the forceful melodies, which naturally have to compete against such a full guitar tone, and fit effortlessly over the dense guitar. Their added pop gleam bring them closer to Ash territory at times.

Elsewhere they ramp up the dirge, such as on Wanna See You Laugh and Salt Water Mountain, both of which could have easily been taken from Weezer’s debut album. All these influences are drawing from the same well, but come together in HIGH/LOW in a way that stamps their own identity. Of course, there have, over the years, been a number of almost-rans that have attempted something similar, and names like My Vitriol spring to mind, but instead of drawing primarily on the grunge-era artists as other bands once did, Weston and Yates seem to have gone further back towards the source.

Down The Wave is by no means breaking down any musical barriers. It is reusing the structures, style and sound of many of their alt-rock heroes, but they have managed to pull it off with a flair and touch that keeps you hooked from the start to the end of the album. The fact that they top it off with unabashedly catchy Surf City makes the 16-track ride all the more worthwhile and they are certainly keeping the 90s flame not only alive, but also kicking.

Listen to Down The Wave below: