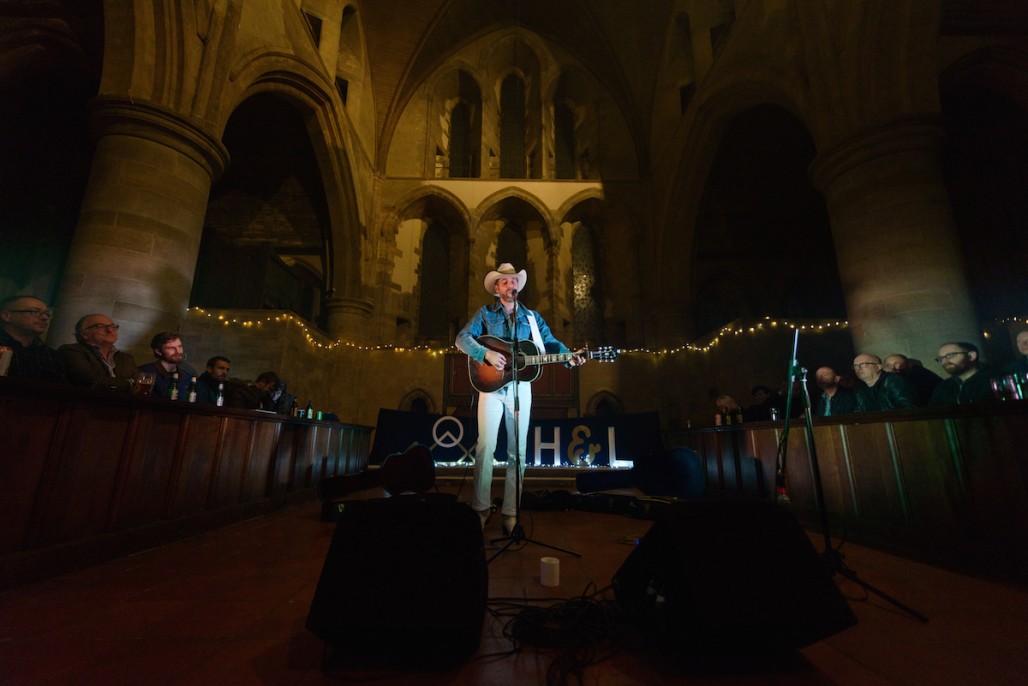 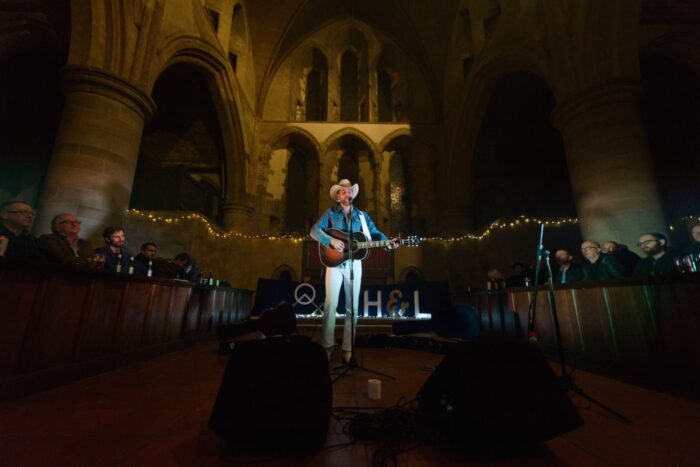 With a line up bursting at the seams with talent, High & Lonesome delivered on all counts, an incredible day of music with some of the best musicians around.

In the wake of the Parisian atrocity a day of sombre music isn’t perhaps the greatest idea. However, High & Lonesome does everything to lift everyone’s spirits, set across two of Leeds best venues we delve into an exceptional day of some of the finest live music around. As we arrive Leeds’ own Cottonwolf have just taken to the games room stage, immediately striking us as not your average this intriguing band thrill us with a different set. 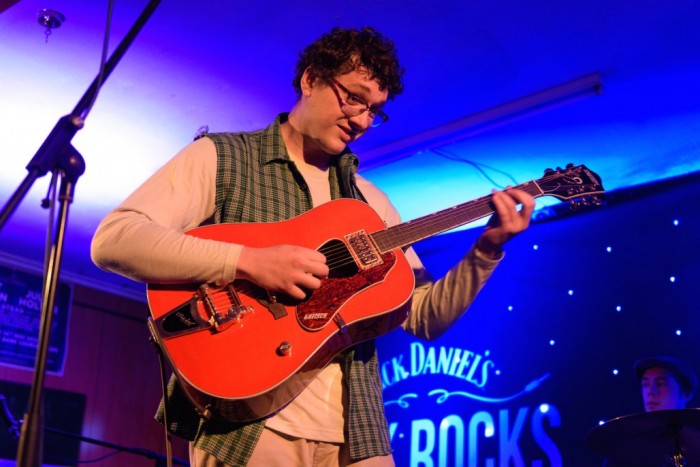 Their laidback style augmented with the odd jazz freak out was the perfect way to start the day, and at times they’re beautifully dreamy. Coupled with an angst filled frontman it becomes a cacophony of diverse sounds, all coming together to build this beautiful musical landscape. They’re certainly a band to watch out for as they set us up perfectly for the rest of the day.

High flying Lewis & Leigh are up next with their differing backgrounds coming together, to produce an exquisite amalgamation of two of the finest genres. With Al Lewis’ dulcet Welsh tones perfectly complementing Alva Leigh’s heartfelt Americana, their set is filled deep with tracks such as Whiskey and Wine. As they regale us with these sweet tracks, we cannot help but fall under their sombre spell.

However, they close out with the upbeat Heart Don’t Want, and leave everyone in higher spirits, a remarkable set by these two very talented musicians. The music is coming thick and fast though at High & Lonesome, Soren Juul formerly of the band Indians had to borrow a guitar. His great sense of humour shines through, but his storytelling is what takes centre stage. 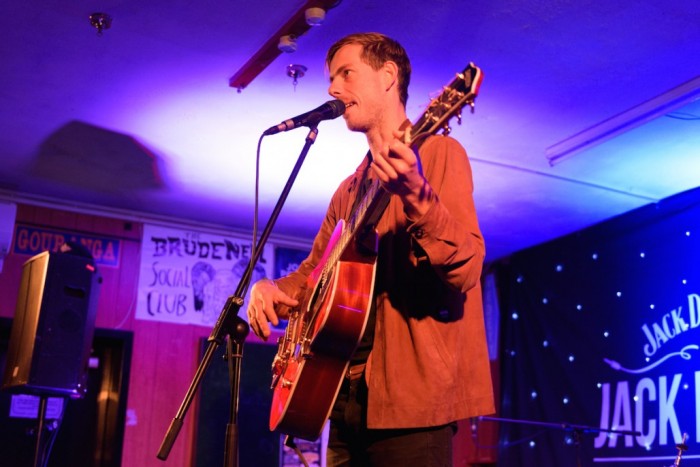 The delicacy of his songs coupled with his powerful lyrics, make Soren the early highlight of this wonderful festival. For just a man and a guitar he makes the most insatiable sound, despite missing his band he puts on an effortlessly epic show. Having been left completely aghast by this set and almost certain that this is not the last we will hear of Soren.

Tom Williams takes to the stage in the main room, having just released his new album New House. Whilst Williams opens with a couple of downbeat heartfelt numbers, he’s quick to turn the tables to some anecdotal brilliance. He really should think more about where he chooses to live; yet it’s all in good humour. 25 on the other hand is a much darker and passionate tale delivered with true angst, a perfect all round set shedding some light on a dark day.

Things pick up pace again with John Joseph Brill, the much-hyped songwriter his set is excessively deep and dark. He’s the first artist to mention the previous days atrocities, his dark stories are filled with passion that invoke the deepest emotions. We Won’t Cry is a stand out moment of the entire festival, this incredible track is unbelievably powerful and in the circumstances seems like the perfect time for it. 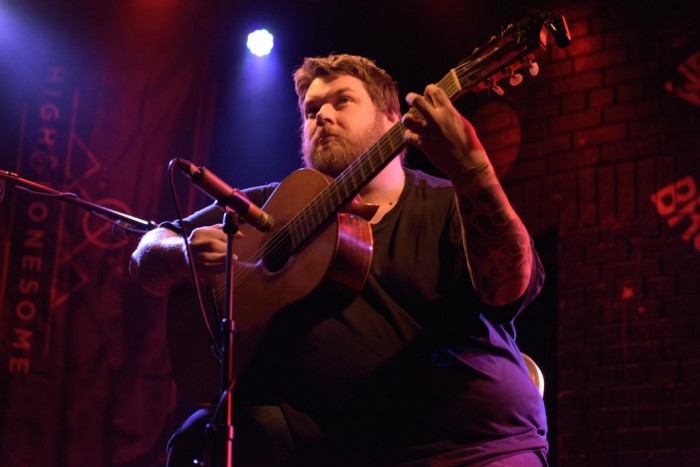 Another artist who reacts to the atrocities is RM Hubbert, the normally depressing Scotsman decides to ratchet things up a notch. By his own admission there is too much death and depression in the world today, so his set was based around love. This guitar genius continues with one of the most awe inspiring sets we’ve seen all year, his delicate picking creating these beautiful soundscapes. His jaw dropping pace and intricate rhythms have every single person in this room transfixed.

Alongside all of this is Robbie’s hilarious banter, his fun tales have replaced his usually downbeat stories. The crowd are completely in their element as he truly entertains everyone, a perfect way to lighten the mood. Robbie runs severely over but I doubt nobody in the room could care less, as Harry Mundy takes to the stage in the Games Room. Despite the depleted audience he still rattles off a set of adequate country infused numbers, which have everyone dancing.

By this point things have been kickstarted down the road at the beautiful Left Bank Church, where Neil Halstead of Slowdive has an enthralled audience hanging on his every word. His delicate words providing a wonderfully serene atmosphere in the most grandiose of settings, his set is phenomenal, a truly incredible songwriter. 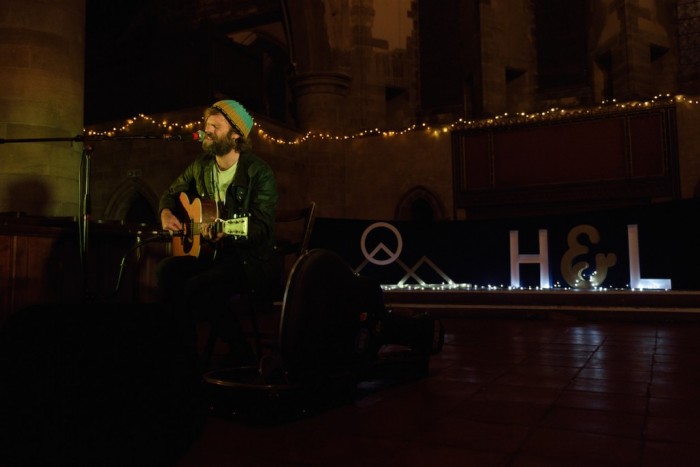 For such a huge venue he commands it with such effortless ease, we’re once again left in complete awe as High & Lonesome truly have pulled out all of the stops. Yet the greatest highlight of the day has yet to take to the stage, as Josh T Pearson takes his position all in white and continues to blow away everyone in this beautiful place.

Opening up with Sweetheart I Ain’t Your Christ it goes from strength to strength thanks to his power and endearing charm. It all knows no bounds; his new songs are equally as heartfelt, passionate and as deep as those, which have preceded them. His ability to turn a show on its head is undoubtedly brilliant; these 10-15 minute epic depressing ballads have so many exquisite twists and turns.

His ability to quell an increasingly rowdy crowd is also commendable, regaling us with tales of those he’s loved and lost and astounding us with his wit. Yet he seems humble, to me he was the precursor to the overly exuberant Father John Misty. Tonight though he seems much more reflective and pleased with the crowd, gone is his cockiness and replaced by this sweet individual. 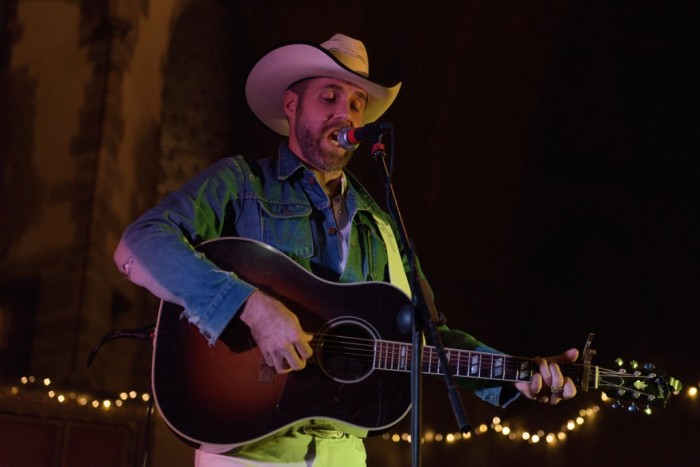 He tells these stories so well, and he is by far still one of the greatest songwriters around. Many artists invoked the deepest of emotions today, yet Josh T Pearson eclipses them all, a true master of his craft an astounding performer even if he does seem somewhat subdued.

Having only popped our heads around the door to catch a snapshot of Julia Holter’s set, we call time on this years High & Lonesome festival. On a day where the world was still recoiling in shock, they put on one of the most incredible days of music that we’ve had the pleasure of experiencing in a very long time. Run with excellent precision, and delivering the highest quality line up we cannot fault it.