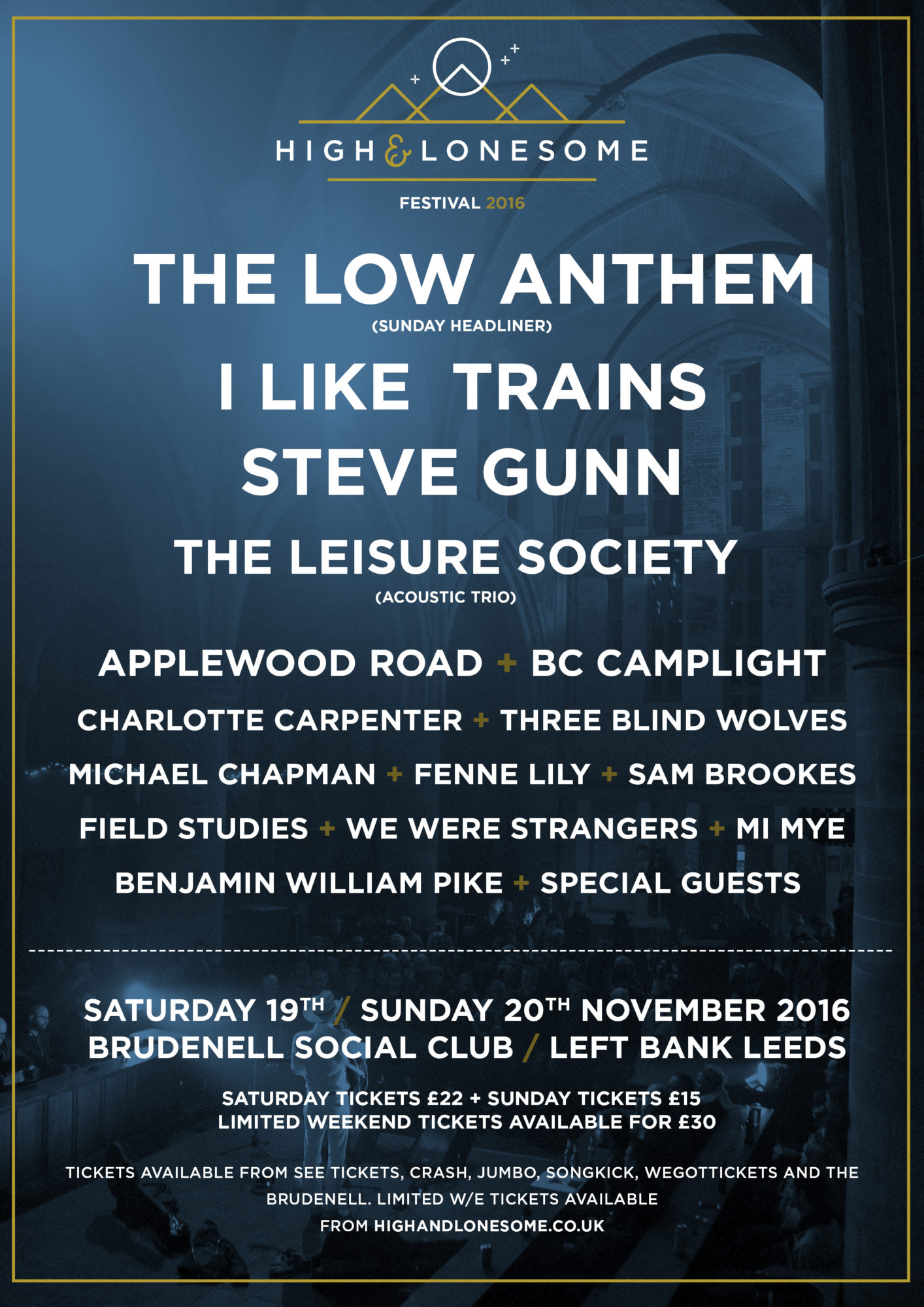 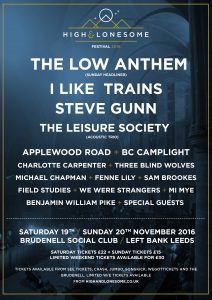 High & Lonesome expands further and announces a slew of new acts to this brilliant festival.

Now spanning both Saturday and Sunday, High & Lonesome have announced The Low Anthem as Sundays headliner as they tour the UK in support of the mind bending new album Eyeland. Alongside The Low Anthem Steve Gunn has also been added to the line up as well as the incomparable BC Camplight.

The High & Lonesome line up just keeps on getting better with Applewood Road, a collaboration between Emily Barker, Amber Rubarth and Amy Speace who’ve just released a stunning debut album. The perennial legend that is Michael Chapman will also make an appearance at this year’s festival, so be prepared to fall under the spell of this incredible musical innovator. The final new addition are Nottingham’s Field Studies who bring their beautiful music to High & Lonesome.

High & Lonesome Festival takes place on the 19th and 20th of November at the Brudenell Social Club and Left Bank Leeds, check out the full line up below: