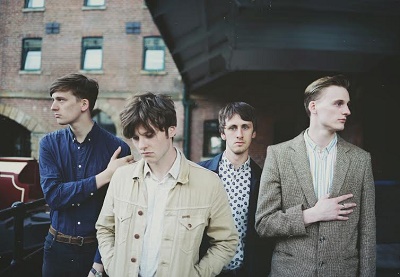 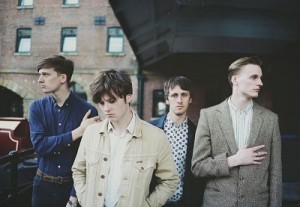 Whilst the South of England is funnelling all its creative energies in to ambient darkwave, East End swag rap or the latest generic EDM banger, the North is still relishing in its own personal love of guitar led pop music, churning out new bands at an impressive rate. Whilst most of these bands will flounder in relative anonymity, one  who are head and shoulders above the rest are Sheffield’s High Hazels; their sound might not be entirely original what they lack in innovation it more than makes up for in style.

A lazy comparison would be Arctic Monkeys, after all, they are four lads from Sheffield with a vocalist who isn’t worried about people knowing where he came from, but realistically the band are more than just Alex Turner and co were at this stage in their career; they’re bolder, tighter, smoother and sharper, and whilst we’re getting dangerously close to Daft Punkian adjectives here, it really is true, you just need to check out their latest single to see that.

Released ahead of their forthcoming debut album, Misbehave is a fantastic single to lead with, one which embraces the psychedelic Merseyside indie of The Coral and The Zutons whilst never quite straying with both feet into out and out psychedelia. Indeed, it’s the band’s South Yorkshire roots which keep the track grounded in a fairly generic indie sound, whilst an organ teases elements of both two tone and psych. It’s a nostalgic sound, helped in no small part by the reverb draped heavily across the whole which gives it a definite 60s feel, but archaic aesthetics aside, it’s also a storming taste of the band’s first record, one which will ultimately propel High Hazels in to the mainstream consciousness where they thoroughly deserve to be.