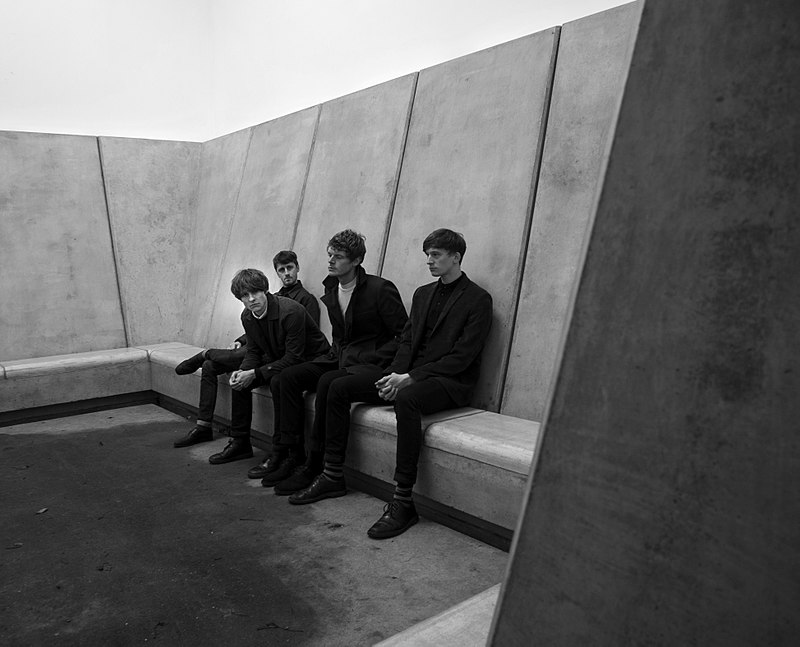 High Hazels kicked off their touring year with a show at Jimmy’s in Manchester’s Northern Quarter. The Sheffield quintet was part of a four band bill of a largely excellent showcase for some of the nation’s upcoming bands.

Prior to High Hazels taking the stage, Liverpudlian sextet, Red Rum Club gave the crowd a fantastically energetic performance. Their combination of old and new indie sounds colliding, driven by a solitary trumpet made for a unique mix. The trumpet sound gave a Wild West feel amongst some melodies and hooks that were unmistakably Scouse! Their set closer, Would Your Rather Be Lonely was a perfect party time tune to end their set; it is a fantastic upbeat tune that has a ridiculously catchy chorus. The crowd gave the band the applause they deserved after their set, which included their latest single, Calexico. Hopefully an album will not be too far off for this band.

High Hazels have gathered plenty of praise in their short career from places such as BBC6Music, The Guardian and Clash. On the evidence of their show at Jimmy’s the praise is completely justified. Throughout their set, there was a charm in their patter that was self-deprecating and funny. Even when someone tossed up the rather odd heckle of ‘Robbie Fowler,’ the band laughed it off and didn’t miss a step in their performance.

As a musical outfit, High Hazels take in various reference points from The Smiths, Arctic Monkeys, Richard Hawley, The Coral and Cigarettes After Sex. The melancholy in the songs is offset with the aforementioned charm in the live setting, but when the music is doing the talking, their melodies, harmonies and impassioned indie phrasing shows how talented this Sheffield 4 piece is ready to take the step up.

The band’s latest single, Days Of No One, is a joyously romantic look at being lonely. Chiming undulating guitars stream from the band as the vocals just bath the listener in melancholic sentiment. It was a clear highlight of the bands set as they peppered their set with tracks from 2014’s self-titled debut album and singles they released during 2017.

In the time that the band has taken between their debut and their (hopefully) forthcoming album, it’s clear that High Hazels could be ones to watch as we move throughout 2018 and beyond. They are clearly a talented group who strive to create vast and emotive music that the world is always going to need.