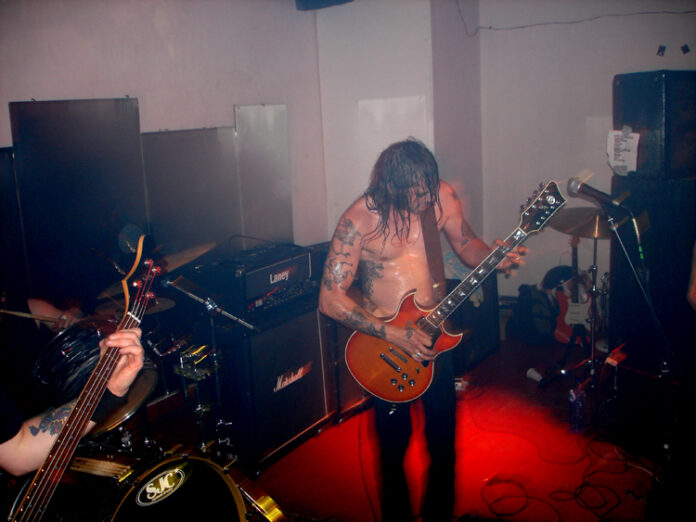 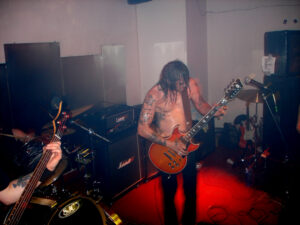 Under the blood red glare of the venue stage lights, Californian Metallers High On Fire stalk on stage to a rumbling PA. An excitedly agitated crowd bow and bay at their presence. Frontman, Matt Pike is stripped to waist ready to unleash on our asses.

High On Fire are seven albums (plus three live albums) deep into their career which began with 2000’s ‘The Art Of Self-Defence’. This year’s release, ‘Luminiferous’ produced by Converge guitarist, Kurt Ballou has highlighted their desire for creative experimentation within the formula that has served them so well. Kicking off with album opener, ‘The Black Plot’, it feels punishingly loud with a ferocious bottom end pumping off the stage from bassist, Jeff Matz and drummer, Des Kenzel blasting out those consistent double bass drum beats.

Obviously, the thirteen song set favours the newer material like ‘Carcosa’ and ‘Sunless Years’, but the sound of hostility and conflict reigned with an early appearance of, ‘Rumours Of War’ and the torrential onslaught that is, ‘Death Is A Communion’ raise the game exponentially. The high level of volume the PA is dealing with tonight is taking it’s toll on the brethren present, as some head to the back by the merch stand in order to take a breather. There is no let up though from the band as, ‘Luminiferous’ with it’s vicious intensity and Hawkwind inspired, ‘The Falconist’ leave no mind untouched.

The heavy metal battle charge of ‘Cometh Down Hessian’ sounds like Motorhead on steroids tonight. They bridge the ‘old school’ metal dynamic to modern doom that Pike helped define with his other seminal stoner band, SLEEP’ seamlessly. ‘The Dark Side Of The Compass’ is testament to that, as is ‘10,000 Years’ with it’s doomy driving bass line underlying the guitar solos dominating the last half of the song. ‘Slave The Hive’ and ‘Fertile Green’ hits another plateau with it’s relentless speed metal thrash, giving the pit the necesaries to loss their shit proper.

It’s a precision campaign as High on Fire finish off the night with, ‘Snakes Of The Divine’ bringing it to a mighty close. The crowd were fired up with the furious energy coming from the band and you can see why High on Fire are considered one of the best in the game, producing seriously great albums that are sonically and thematically heads and shoulders above their contemporaries.