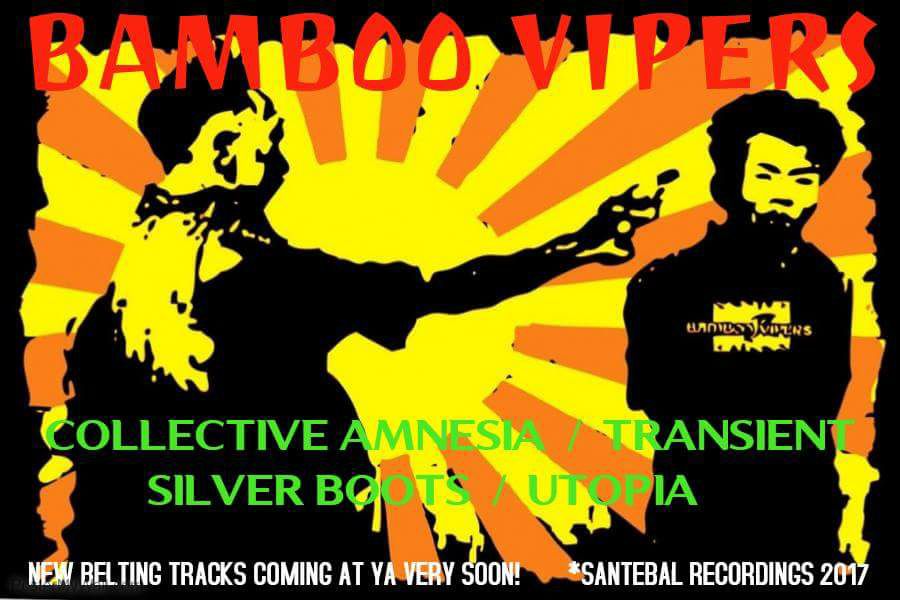 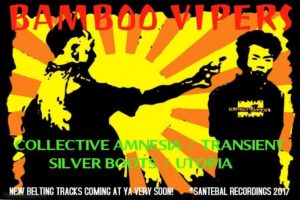 Hi-Fi Spitfires, Bamboo Vipers, the Glorias and the Featherz – punk releases round-up Four reviews in one… and some video evidence.

These four bands have little in common other than sticking to a tried and tested punk rock’n’roll formula which keeps the faith, brings the noise and tries to do add a few new ideas to the guitar-powered energy and attitude.

Punk means something different to each individual as well as each generation.  Some think Punk should just be about protest and the politics of dissent, but to many others, like these bands, it’s more about telling their own stories and creating their own fun out of nothing…  but there are a couple of examples here of how it’s starting to get nostalgic about it’s own history -in song. 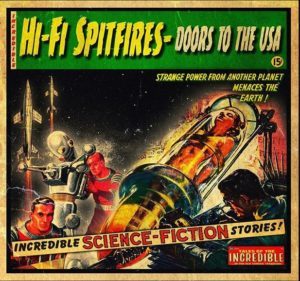 Hi-Fi Spitfires ‘Doors To The USA’ EP (Bullet Teeth)  was sent to me by their number one fan Coppo (good luck with your operation mate!)  rather than the band (as they don’t seem to have done much by way of promotion)   They have been around for a while  and are tour-hardened pro’s and are lead by current UK Sub Stephen Straughan.  This 5-song EP  perfects their “Tonight Matthew, We’re Gonna Be da Clash!” sound…. OK, that’s a bit snide but they don’t deny going for a sound halfway between Give Em Enough Rope and the first album. And they get it absolutely spot on.

There are even a few (accidental?) Generation terrorists-era Manics steals in there. Berlin contains very similar riffing to You Love Us to start before it nicks a bit of Born To Run!     They are very tight and very tuneful and could give Rancid and their US counterparts a run for their money.  Their songs are on-the-road tales, the title track,  Berlin, travelling through Fake Towns… closing track Last Gang really does sum up their love affair with Strummer & Co with a rose-tinted look back at the good old days.  Teenage memories, like a movie, but I can still hear the guns of the last gang in town.

It’s a solid, flawless EP but a bit too ‘clean’  and polished for my personal tastes – the Punk Site love it though and it’ll be a Vive Le Rock readers favourite I’m sure.

Bamboo Vipers  have a song set in a similar time-frame (as Last Gang) only some of their gang have Collective Amnesia and have conveniently forgotten threesomes in Tesco’s car-park and throwing bricks at the local copper.  It’s a classic. Frantic and funny, sounding like Billy Childish fronting the Electric Chairs on a song written by the Members!

The Vipers new EP is available FREE to download from here.  They are rural punk veterans from Lymington in the New Forest – which is a bit like the USA’s hickville Deep South -rather than the affluent South you hear about -.  Mother-lovers and sheep-shaggers to a man- they have an un-PC streak  and a good old line in Pistols meets Stranglers style punk rock’n’roll.  They hammer thru the four songs with a malevolent gleam in their bloodshot eyes.    Silver Boots is a glam-punk stomp worthy of the Bermondsey Joyriders with tales from childhood when  Ted Heath was Prime Minister and John Pertwee was Doctor Who and Suzi Quatro ruled OK.   Transient is perhaps my favourite track -Shauns vocal is sheer Rotten  – Traaaaans-eeee-unt-ah!  and it’s attention-grabbing opening couplet.  Pick-Up Truck! Inter-Fuck!  (Whatever that means!)

I  have to admit I was never a fan of  Shauns old band the Cropdusters – (80’s folk-punk hoe-down psychos who have become genuine legends)  or the more recent Peeping Toms who also featured guitar ace Jon Webb  but with this set of songs they’ve finally got me hooked.  Four fantastic slices of  Punk Rock’n’Roll which fans of the genre who like technically interesting stuff played with gleeful abandon would be well advised to check out.

The Glorias from Portsmouth are something of a local supergroup – featuring former members of Night of Treason (Billy Bonk!)  and the Good Time Charlies (the Nish-meister!) – they sound like Mc5 meets Husker Du via the Proffessionals …. bloody nice blokes a and some great no-nonsense rock’n’roll spills and thrills.  Here’ a video taster for their Life’ll Get Ya! album which is out now….(I haven’t got a copy yet but) I am reliably informed that it’s all killer, no filler.

The name the Glorias incidentally does not come from the fact that Bill’s surname is Gaynor, nor from the Sixties garage classic, but from a shared admiration of the Melvyn Hayes character in it Ain’t ‘Alf ‘Ot Mum! 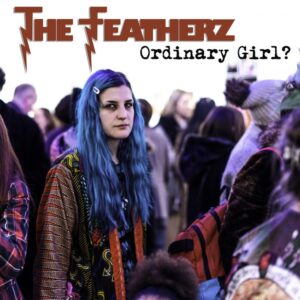 The Featherz  Ordinary Girl (CD single)    Youngest and best-looking of this crop of bands are the Featherz.  I encountered Danie (in online form) when she got caught in the Battle of the Lurkers – because she sang on the Esso, Nigel and Stride single.

She fronts the brilliant Featherz with a zee – Glam rock punks who seem to have a settled line-up now.  They are brash, flash, glam, blam-blam wiggy, Ziggy, rockin rollin’, into Bolan…  just a great old-skool party band.  Ordinary Girl does have the feel of a fab 1979 Noo Wave single -sprinkled with glitter and all over Radio Wun. Not Arrf!   It has that staccato Lene Lovich feel that Hazel O’Connor nicked and lovely thick slices of guitar.  The video is beautifully lo-fi and am-dram and captures a band who take their music but not themselves too seriously.

That said the cover-star of the single is a friend of the band Imogen Goldie who took her own life -a year ago – despite being far from the ‘ordinary girl’ of the title song. Proving if nothing else that behind the glitter there are some tears and there is more ‘depth’ to the band than there might initially seem.  They have new material out soon.

As long as Rebellion keeps going and newer younger bands keep carrying the flame, burning the candle at both ends and  bringing out flammable material like this, punk will survive .  Til next time   …