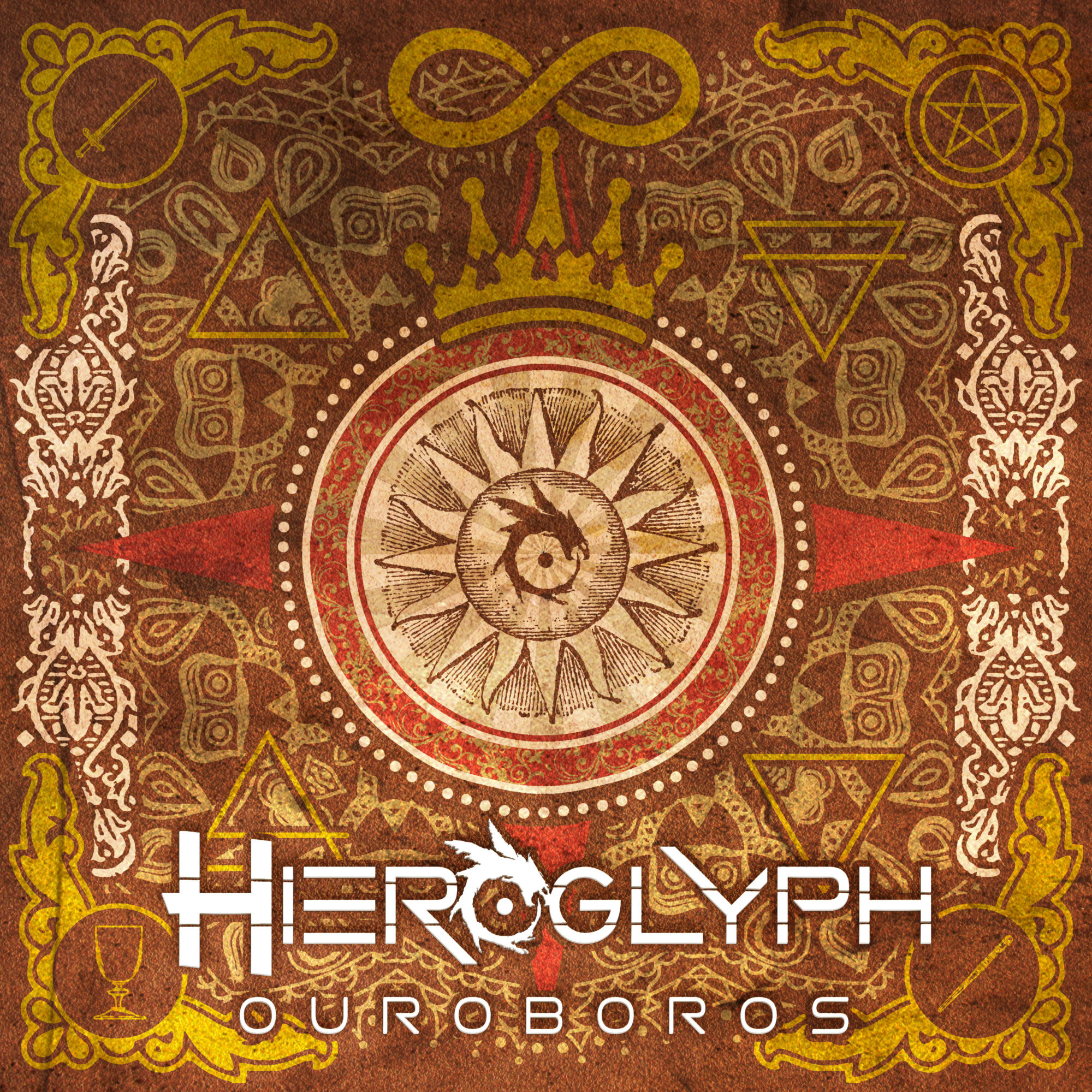 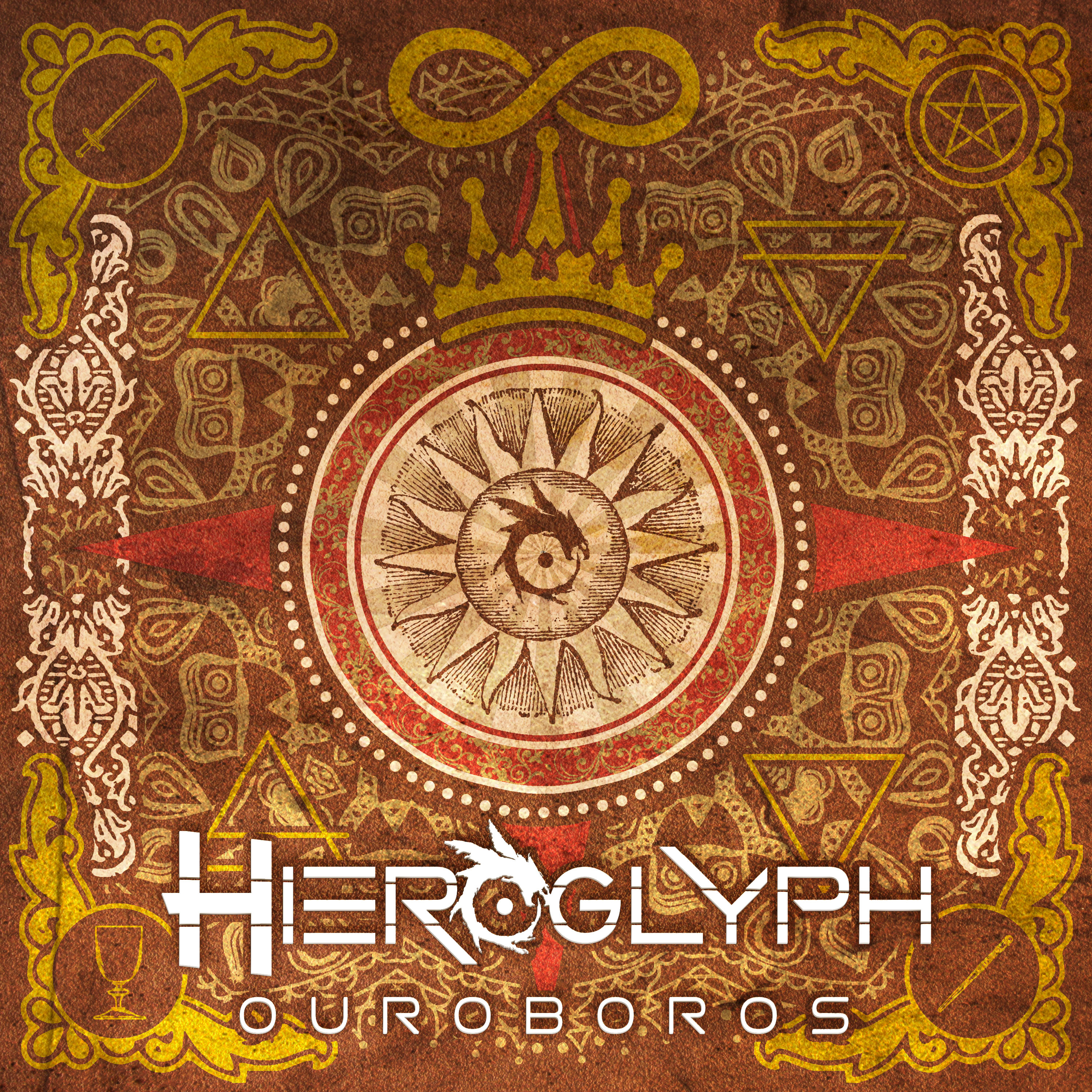 Progressive metal six-piece Hieroglyph are pleased to reveal  their debut album ‘Ouroboros’, self released by the band on the 18th November 2016.

For fans of Lacuna Coil and vildhjarta,  ‘Ouroboros’ is an incredible declaration of the bands ability to write creative and technical music. The release is a concept album, based around the story of a rise to consciousness and higher thinking that is encoded into the first 11 Tarot cards, the Major Arcana. Each song corresponds with a different card and takes you on a journey, beginning as The Fool and finishing as the Magnus or Magician.

The album boasts an array of different attributes, from slow and sludgy guitars to blast beats and electronica. The shift between female and male vocals throughout add an original angle to the record, making the vast array of different elements of this release incredibly admirable for a debut.

“One of the main reasons I love being in this band is the diversity and musicality from everyone. Not only that, we work so hard on improving too; I think it’s very inspiring” claims guitarist Richard Barnes, “The album is very diverse and it’s got a lot of different elements and moods to it. It seems perhaps a little cocky having our debut album be a concept album but we’ve never been a band to do things by halves!”

The  video for single ‘Starlight (The High Priestess)’ can be seen here:

The single has been championed by Kerrang Radio’s Alex Baker and BBC Radio Yorkshire on their BBC Introducing show and the video premiered with TERRORIZER magazine.

Speaking about the track, vocalist Valentina Reptile said: “Starlight is the second card of the Major Arcana: The High Priestess, so the inspiration from the lyrics come from the same tarot card. The High Priestess is a very positive card which represents guardian of the unconscious. She sits in front of the thin veil of unawareness which is all that separates us from our inner landscape. She contains within herself the secrets of these realms and offers us the silent invitation to discover the world within. The High Priestess poses a challenge to you to go deeper – to look beyond the obvious, surface situation to what is hidden and obscure. She also asks you to recall the vastness of your potential and to remember the unlimited possibilities you hold within yourself.” 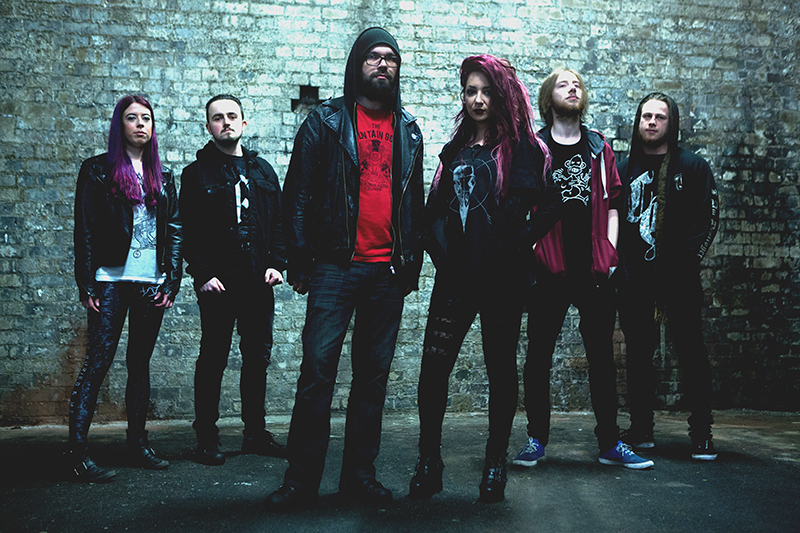