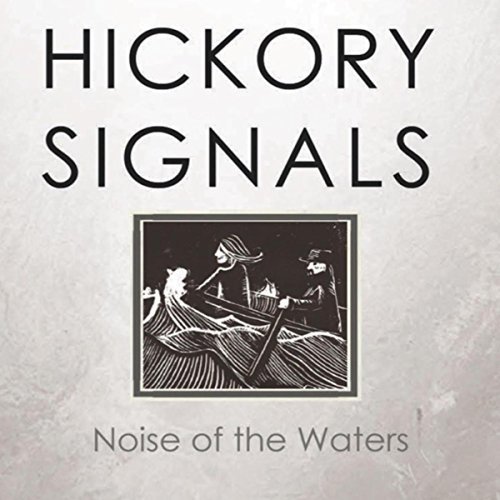 Hickory Signals: Noise Of The Waters

The second EP from the Brighton folk duo provides a mix of their own material  alongside  the traditional on  a platform which highlights their knack of adding their own  original musical perspective.

The pairing of Laura Ward and Adam Ronchetti (assisted by Stick In The Wheel’s Ian Carter) provide a multi instrumental package which pulls together six songs in twenty minutes. Variety comes in the  combination of  the traditional ‘Unquiet Grave’ and  ‘Irish Ways’, self penned material inspired by bygone songs and the world of literature and poetry. The title track is an original poem by James Joyce set to music, an atmospheric introduction which evokes a feel of nature and Laura Ward’s melancholy flute floating over the string arrangement. It provides a sombre introduction to the trio of  originals;  ‘Here I Am’, in contrast is a  pleasantly lively  diversion while they muse over “a great deal of knowledge is needed to make bows, but the birds just fly higher” which kicks off the ominously soundtracked ‘Bows And Arrows’ – an analogy of hunting,  attaining the unattainable   and ultimately resulting in destruction. ‘Take The Window’ showcases the Ward vocal again, unaccompanied for the most part in a tale of revenge and regret before the instruments take a role.

It’s a string arrangement which adds the USP to their version of the well travelled  ‘Unquiet Grave’ yet the traditional gets a thoroughly refreshing coating with the version of ‘Irish Ways’. The dark passion and defiance of  the Irish character and their historical struggles provides a perfect lyric and accompanying tone which owes more than a little to the musical philosophy of Stick In A Wheel themselves.

Watch the video for the title track here:

You can also find them on YouTube and Bandcamp