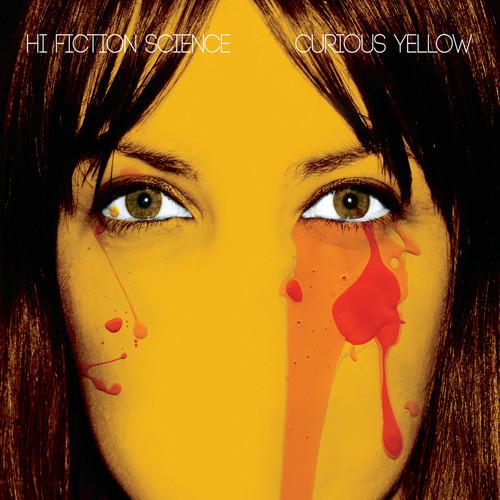 When a band names their album after Vilgot Sjoman’s controversially innovative film, expectations that they are going to create something  distinct themselves naturally occur, and the new album from Bristol’s Hi Fiction Science doesn’t disappoint.

Recorded in their home city and mixed by Portishead’s Jim Barr, Bristol’s trip-hop heritage is clearly evident on the album’s hypnotic sound – the Portishead connection is particularly apparent on the creeping beauty of opener Digitalis.

As the album unfolds, it’s also apparent that this band have created a sound very much their own, shunning the actual “trip hop” label to go for the far more fitting post rock. As a genre,  put simply, this is the use of conventional rock instruments to create something far removed from the conventional rock sound, and Hi Fiction Science achieve this probably better than any band I’ve encountered in recent years – to the point that it’s a surprise to see the straightforward keys/guitar/bass/drum/vocals line up. When the instruments are used in a more traditional sense, such as on the attention grabbing aural breakdown from guitarist James McKeown on Vapour, the contrast works to really impressive effect.

As expected from a band who began life performing instrumentals, the soundscapes are striking – but it’s vocalist Maria Charles who really shapes this album. Her vocal is soaring yet subtle, haunting and beautiful in the tradition of Vashti Bunyan and she elevates the sound of Curious Yellow into real “hairs on the back of the neck stand up” material. Clearly, Bristol is ready to have the musical spotlight back on it a little, particularly when it comes to female-fronted innovation (I also advise readers to check out The Silk Report, fronted by the sultry and talented Alicia Hill).

Hi Fiction Science have one ear on Bristol and another on the rest of the world, as their imaginative use of instruments creates at times an almost Eastern sound, the East at its most mystical and spiritual. And then the sensory world seems to be abandoned altogether for something far more dreamlike; this is a record almost gnostic in its mix of dark and light. The songs are well crafted without ever really having a “structured tune”, almost like modernist poetry turned into sound – it would make an amazing soundtrack for an avant-garde ballet. And if that’s not an endorsement, I don’t know what is…

All words by Amy Britton, find her Louder Than War archive here.