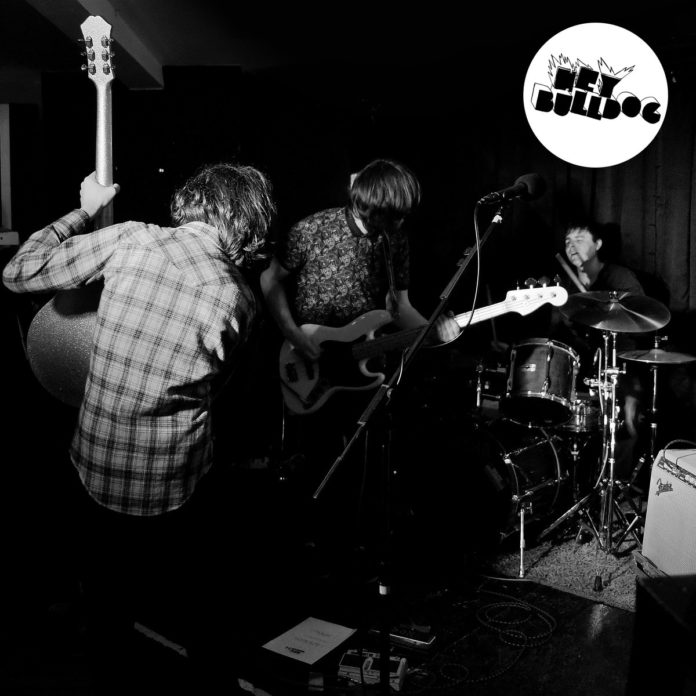 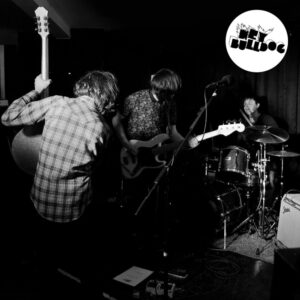 Hey Bulldog should be far better known if their output so far is anything to go by. With guitar virtuoso Rob Manton leading the fray, the songs they have already produced are really very special. Death and Greed, accompanied by similarly fine B-side If They Could See, is a fine addition to the back catalogue. This is the first single they have released on vinyl as a limited edition. It is well worth the work needed to lathe-cut copies by the company Do It Thissen Records & Lathe Cuts. The well of creativity the band seem to draw on with such ease continues to deliver.

Death And Greed is an onslaught of sound from the beginning. It has a brutal, fuzzy rock vibe. As per, Manton’s guitars are top quality, with the rhythm section providing that all-important base to tether them to. There is heavy aura to the track, harking back to some of the best music produced in the 70s. It never feels outdated though, just brilliant, timeless rock. Death And Greed hits like a tornado, dangerous and unforgettable. The lyrics seem to typify modern life, death and greed inexorably linked as the rich get richer and the poor starve. The track should get you thinking, but it will raise your pulse as you do so. This is one mean slice of garage rock.

As a B-side If They Could See is an absolute bonus. It is a vital piece of spaced out psych-garage, with soaring guitars and synth. It could easily be an A-side all on its own. This is a single well worth owning. If this is your first experience of Hey Bulldog, check out their back catalogue and really try to catch them live. Either way, you will have a great time.