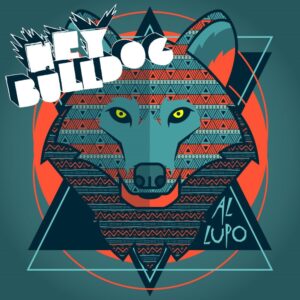 Doing it to Death Records

Having already brought out innovative and exciting singles Under My Spell and Stranger, Hey Bulldog have performed the amazing trick of topping their already excellent back catalogue. From the first piercing guitar note this track shimmers energy. Heart pumping rhythms build excitement and the slightly sinister monotone vocals explode into the chorus. The drums and bass continue, urging the track along as it career’s ahead at a frantic pace. As usual, Rob Manton’s superb guitars and vocals finish the deal. 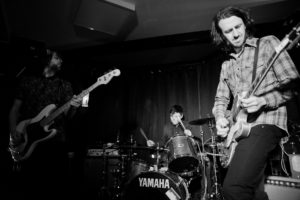 The song came about directly after Hey Bulldog returned from their first set of gigs in Italy and was inspired by the phrase ‘Al bocca al lupo’  or ‘Into the mouth of the wolf’, which is an Italian way of wishing good luck. It was mixed by EMI producer Boe Weaver, who has also worked on their last four singles, all of which have garnered praise and airplay across major radio networks and numerous respected music blogs. Al Lupo continues this trend and has been played on Radio X, BBC Introducing and Amazing Radio. It has also generated interest from BBC6 music and Radio 1, who will be giving it airplay in the coming weeks.

Hey Bulldog continue to have a strong live presence. Their first headline show of 2018 sold out, and they have also supported bands such as The Lucid Dream, Frightened Rabbit, Moon Duo and Hooton Tennis Club. Their up coming event at Night People in Manchester looks set to be another essential must-see gig, especially with support from Deja Vega, Savannah and Freakout Honey.

Al Lupo has everything – driving yet interesting rhythms, fabulous vocals and their trademark stupefyingly-good guitars. The track is upbeat and powerful; a garage-psych whirlwind of a song. Hey Bulldog have really surpassed themselves.