Home Books UK Book Reviews Here They Come With Their Make Up On By Jane Savidge... 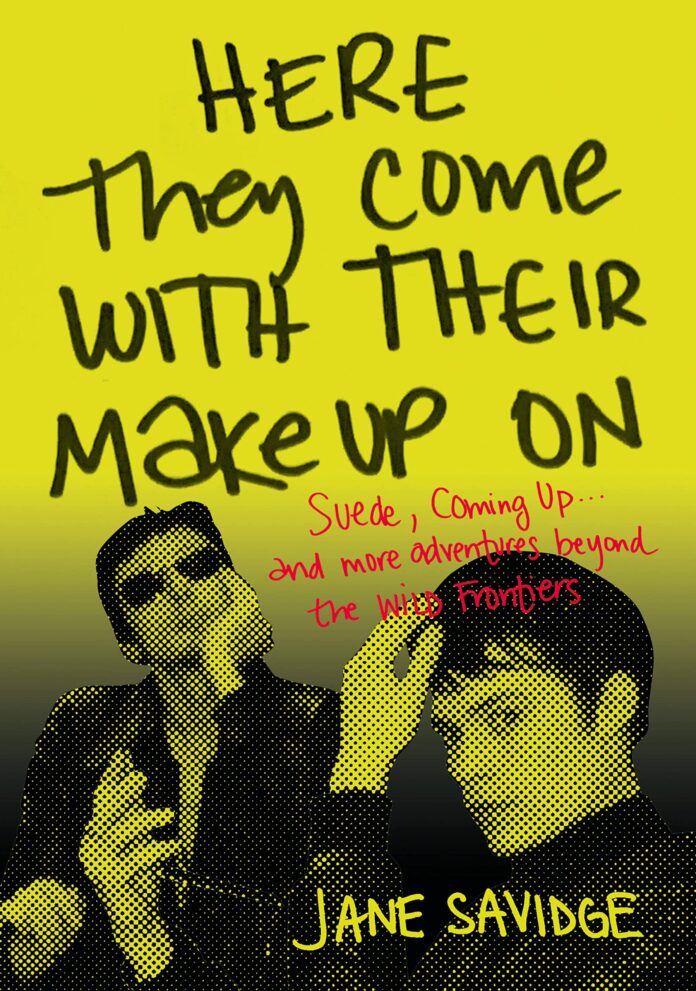 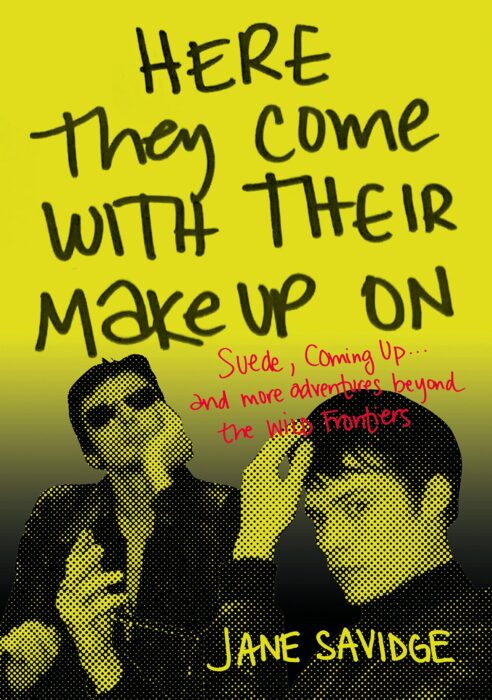 Here They Come With Their Make Up On: by Jane Savidge

Looked at now, the early 90’s Indie rock scene was a last hurrah for the traditional guitar-based bands, going from Grunge and Shoegaze to Britpop, supported and celebrated by a full complement of music weeklies and monthly mags. One of last year’s most enjoyable reads for me was Phill Savidge’s Lunch With The Wild Frontiers, a suitably breathless account of what was also one of the last hurrahs for music biz free-spending before the recession hit. Phill has transitioned to Jane since then, but that’s a footnote to the main narrative.

Suddenly I was taken back to a self-contained universe where the weekly deeds of Elastica, Echobelly, Pulp, the Auteurs, Blur, Oasis and the Verve shouted from the pages of NME and the rest of the music press. With a collection of high-profile self-publicists like Damon Albarn, Richard Ashcroft and Noel Gallagher, there was never a shortage of quotes and stories for an eager audience. This was the scene where Suede emerged, racking up an impressive run of hit singles and albums, all the time marking out territory on their own terms, and seriously suspicious of being lumped in with any “movement”. It’s hard to imagine Brett Anderson sharing canapes at Number Ten with Tony Blair.

Suede burst on the scene with a blast of trashy in yer face singles like Metal Mickey, Animal Nitrate and Stay Together, and looked to have the potential to cross over and break out of the parochial concerns of Britpop. Brett Anderson’s singing, while very much his own, fitted in seamlessly with the English Decadent style of rock singing – Bowie, Peter Perrett, Syd Barrett, Ray Davies (sometimes). The songs were fast tumbling torrents of blink and you missed hip speak, sex talk, all so druggy you could practically taste the backdrop at times. What made Suede stand out from the crowd was their talent and perfect pop sensibility in a series of killer choruses and hook lines, evoking 70’s classics like Moonage Daydream or Starman. Just when everything seemed to be going well this inexorable progress stalled with the departure of musical mainman Bernard Butler at the crucial mixing stage of their second album, amid stories of serious personal issues within the group.

This is where Here They Come starts – having just managed to complete the ambitious, sprawling double album Dog Man Star before Butler left, the group found themselves in the invidious position of trying to keep going – but to promote an album of someone else’s music who was no longer in the group? Wise heads in the music biz nodded together – without Butler’s guitar, composing, and arranging skills the group were a busted flush, like the Who minus Pete Townshend or a Keef-less Stones. Volatile singer Brett Anderson was considered too fragile and impetuous to carry the weight on his own, along with the usual patronising dismissal of rhythm section Matt Osman and Simon Gilbert as bit players.

The author’s ongoing involvement and friendship with the group provide the real strength of this fascinating book, backing up contemporary quotes from the group members (plus producer Ed Bullen and Nude Records boss Saul Galpern) with their present-day thoughts as it recounts the diverse factors – some random, some planned – that brought the album together and with it the rebirth of Suede. A teenage bedroom guitar hero emerged from the depths of Dorset, note-perfect in rendering the Bernard Butler/Dog Man Star material. His playing and musical vision grew rapidly, and Richard Oakes would go on to be a key player in defining the sound of Coming Up with his playing and arranging. A random meeting led to uni student Neil Codling helping out on a couple of tracks. He too would be absorbed full-time into the Suede world, with his arranging and multi-instrumental skills expanding their sound. Both have insights into the composition of the songs on Coming Up with Brett Anderson and give a fascinating view on the work that went into getting the sound and lyrics just right.

There’s a very perceptive comment about how if Dog Man Star was Suede’s Aladdin Sane – with a large dose of Diamond Dogs in my honest opinion, I used to joke at the time that Dog Man Star was the best Bowie album in years – Coming Up was their Ziggy Stardust, all concise economic songs with irresistible hooks and choruses to spare. I’d suggest that T Rex era Bolan is a big inspiration here too, along with a dose of Pistols’ attitude. It certainly worked, with the album spawning no less than five hit singles.

There are many revealing comments from Brett Anderson on how he wanted the album to sound and feel. After the intense and overwrought atmosphere of much of Dog Man Star he wanted a punchy album of ten or so songs that would play like a greatest hits collection, although he goes on to develop a theory that ideally an album should have a fulcrum – a central point, maybe a longer track, around which the rest of the album orbits. I’ve read elsewhere that he feels in retrospect that the album would work better with This Time and Europe Is Our Playground replacing She and the seven-minute Chemistry Between Us. It’s this kind of depth of detail that really gives the book its clout.

It’s no surprise that Brett Anderson has gone on to be an accomplished writer, and Suede returned to record again and are still going as far as I know. This book gives a real inside account of how their most successful album came together and gives a cool insight into how a great album comes together.

Suede’s music and lyrics always started from an outside view, inspired by Brett’s formative years in the outer zones of the London suburban sprawl, and with a strong element of punk’s dissident anger at England’s social, educational and cultural apartheid, with its rallying cry lyrics addressing all the kids who didn’t belong in the 80’s world of shiny happy people with shoulder pads. Coming Up is where it all came together and Jane Savidge gives a really enjoyable account, full of many great anecdotes and asides as she gives the sort of insights that only come with being there at the time. And as always it’s a very nicely produced sturdy paperback from Jawbone Press, with an excellent section of colour photos, some from the author’s personal archive.