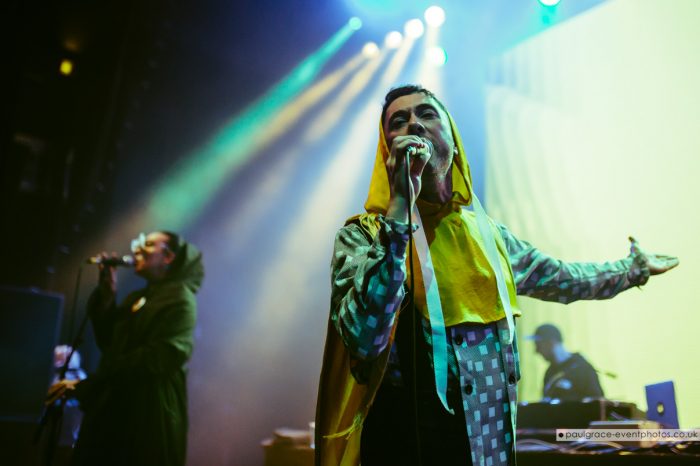 The party’s already banging as I arrive at the Empire with the Savage Sound System in full flow and DJ Hifi Sean layering some gorgeous soul-tinged house. Hifi Sean’s own recent club smash, Testify, has the room singing in glorious unison as the Savage dancers, in vertigo-inducing heels, hurl themselves around the stage pulling death defying shapes.

Looking around it feels like the whole of East London’s gay community is in attendance and I recognise a lot of familiar faces amongst the beards, bare flesh and drag. As Hercules take to stage, Omnion starts proceedings with its eerie filtered synths rattling around the room, and Rouge Mary is on vocal duties (instead of Sharon Van Etten who sung on the original record). Mary, who is a vision of drag fierceness in shades and black robes, is joined by second vocalist Gustaph, and instrumentalists, Andy Butler and Alec Storey, take position at the rear of the stage. 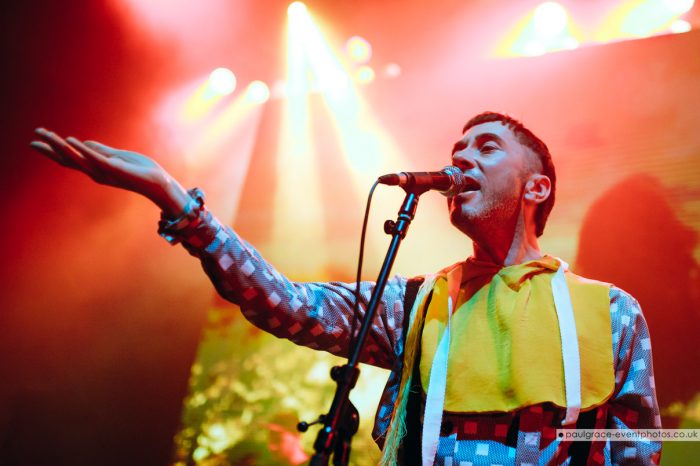 A huge screen displays tripped out visuals and the whole gig sits comfortably between live band performance and full on rave. At times we’re in a hedonistic Ibiza super club with drag queens diving off the balcony, before crowd surfing and finally getting on stage to perform (simulated) sex acts. Most of the 90 minute set is comprised of vocal tunes underpinned by banging 4/4 beats and beefy basslines, and there are echoes of Detroit techno, Chicago grooves and deep house. It’s a very American sound that takes you back to the heyday of New York’s meatpacking district and underground clubs.

Classic track My House gets the crowd screaming while You Belong, along with its gorgeous rolling riff, is a respectful nod to techno pioneer Kevin Sanderson and his band Inner City.

In all, a fabulous rainbow tinged performance. More of an experience than a show, visually immersive and with a rocking party soundtrack.