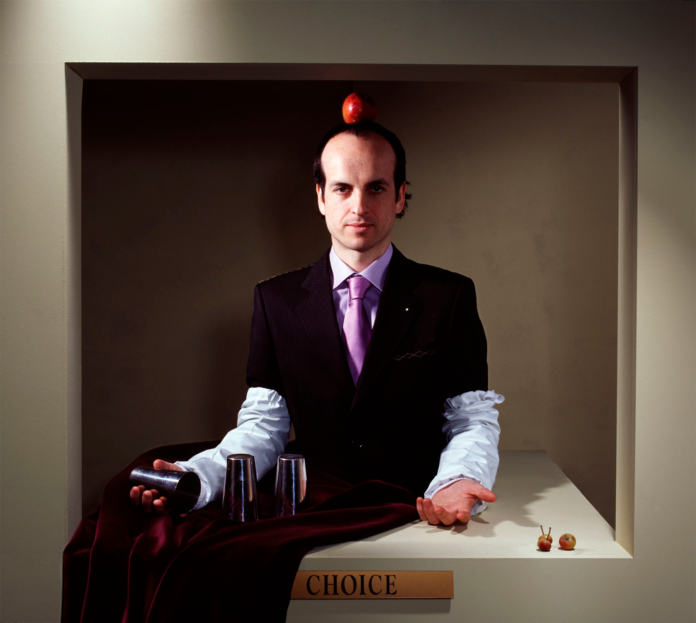 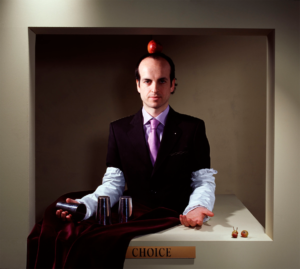 British electronic musician, Matthew Herbert has been crafting quite a career since he released his debut album, ‘Around The House’ where he married sounds of the everyday with dance beats of the era. Herbert’s  abilities as a creative sound recordist have led some crazy experiments such as his 2005 record entitled Plat Du Jour, a record made entirely from objects and situations in the food chain. Herbert has also recorded beneath the sewers of Fleet Street, with Vietnamese coffee beans, inside industrial chicken farms, drove a tank over a recreation of the dinner that Nigella Lawson cooked for George Bush and Tony Blair.

Herbert’s most recent album, ‘The Shakes’ continues his sonic experimentation within the genre realm of house music. It’s an incredibly profound and clever album that is as deep as it is playful. Tonight’s show held at the Colston Hall’s Lantern room is filling out nicely when I arrive to find Shapes dj Oliver Gallegos warming up the room with an eclectic selection of beats and oddities. The crowd are certainly out for a good time, drinking up the Friday night vibes when the stage darkens and Herbert’s band take the stage to the opening of the song, ‘Battle’.

It is a very moody introduction highlighting the abilities of the band he has assembled for this particular album. Vocalists Ade Omotayo and Rahel Debebe-Dessalegne, a three piece brass section, a guitarist and a laptop with Herbert on keys. After the first song, Herbert begins his hilarious spoken introduction to the show he has put together with the help of award-winning playwright Duncan Macmillan. He speaks of what is to be expected throughout the night with help of sampled clips such as the sound of his dentist removing a tooth. It’s a ‘cracking’ sound that is played for effect four times over to much a amused cringing.

The artfully playful way Herbert gets us to experience the music comes to the fore with him extending a massive pole attached microphone over the crowd in order to source the sounds for the next tune, ‘The Audience’. After many takes and much laughter, whooshing and hand claps, the song feels as much ours as it is his. It’s a clever trick to which Herbert is perfectly suited, especially since he became in 2012, he was appointed as the creative director of the newly revived BBC Radiophonic Workshop.

Invariably most of the music tonight is from Herbert’s most recent work and rightly so, it is definitely one of his strongest releases. His band are some serious talent with Ade Omotayo and Rahel Debebe-Dessalegne vocals adding much to the basic song ideas. The addition of live trumpet, trombone and saxophone is a joy and a necessary element, giving the sound pop and dynamics. It was also one of the few times I have ever seen the guitarist relegated the back of the stage. Herbert’s personality helps dictate the accessibility of the songs, with the overriding irreverence and intensity balancing perfectly to make this one of the best shows I have seen this year.