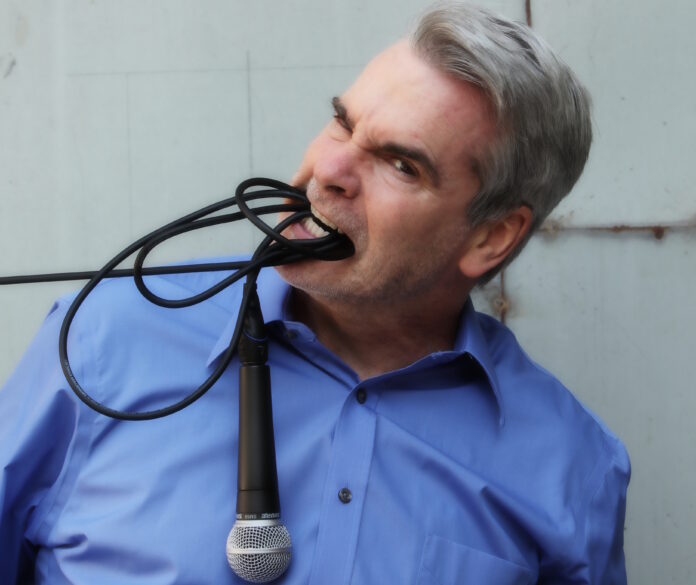 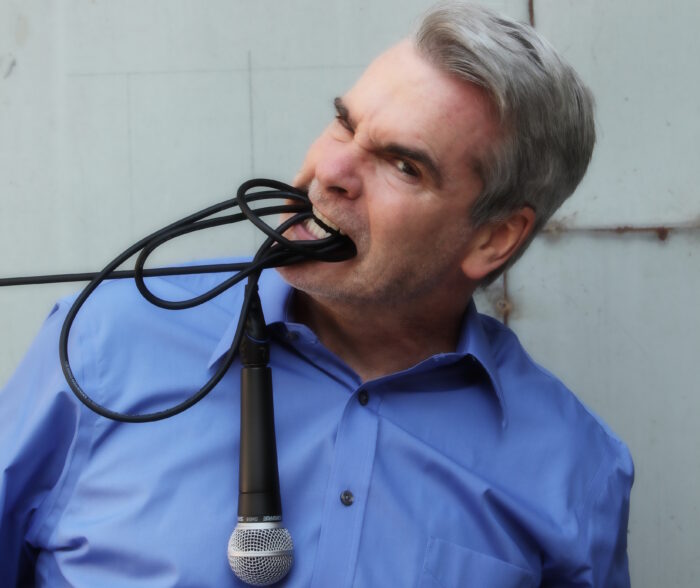 It’s been announced that Henry Rollins is coming back to the UK in 2016 for another spoken word tour, the full dates of which can be found below.

When Henry was last here in 2012  he went down an absolute storm wherever he played, not least in Bristol where he had a skiff of water thrown at him by, it was presumed, an anti-abortionist and to which he reacted in brilliant fashion – see our report here.

The new tour – set to begin in January 2016 and guaranteed to sell out – is flying under the banner The Charmingly Obstinate Tour. At present it’s unknown what the subject matter will be, but of two things we can pretty sure of one thing – that it will be rivetingly entertaining and almost certain of another – that it will broach the subject of his change of mind regarding suicide following all the brouhaha that surrounded his comments about Robin Williams’ suicide.

When Rollins was last here his show spanned nearly three hours of “motormouth as juggernaught” spoken word entertainment with the great man rarely pausing for breath let alone – heaven forfend – to take a sip of water. The subject matter was simple but all encompassing – a captivating mammoth tour of his life and the world as he sees it – and one can only assume that The Charmingly Obstinate Tour will cover the same subject matter in an equally fascinating, endearing and laugh out loud funny style.

Tickets for the tour are now on sale and needless to say we suggest you hurry and pick them up soon if you want to attend as Henry Rollins tickets are always “hot”.

Henry’s weekly radio show on L.A.’s renowned NPR affiliate KCRW can be listened to here and his show “Henry With Heidi” has recently been made available for the whole world to download easily via iTunes.

Dates are as follows, all January 2016:
Tickets are on sale now from the links above or henryrollins.com.
Henry can also be found on Facebook and he occasionally tweets as @henryrollins.
Tour poster: 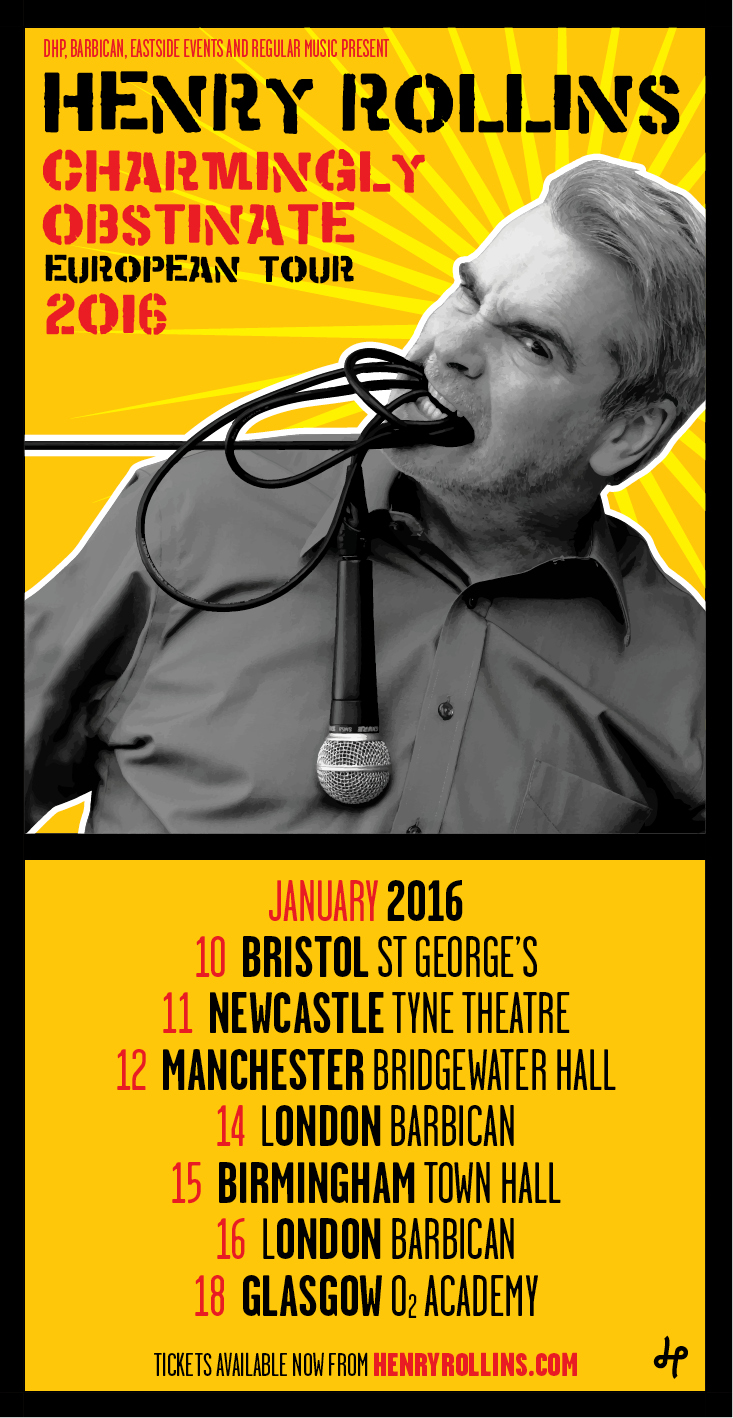