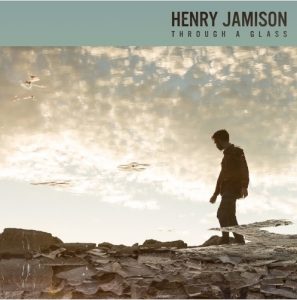 Louder than War’s Ioan Humphreys has a listen to another track off Henry Jamison’s The Rains EP.

Henry Jamison has dropped another track from his latest EP ‘The Rains’. Called “Through a glass”, this is the second song that this writer has had the pleasure of reviewing.

Starting off with some gentle intricate arpeggio and finger picking, “Through a Glass” is yet another beautifully sung song by Jamison from his highly successful EP. It has a quiet start that has a soft brass section creeping in that just adds another layer to the overall ethereal effect of the track.

Further female overdubs come in and give yet another musical component that lifts both the vocals and song writing to a chilled out and laid back plane that is very emotive and addictive.

Then the drums come in and Jamison really comes into his own singing “god god goddamn the girl was fine, and I was glad to call her mine, but she weren’t mine and I weren’t hers, I lost her at the five and dime”. And it’s this heartfelt angst that Jamison is so great at portraying in such a simple and economical way that draws the listener into this his oeuvre.

The industry is currently awash with songwriters with their stripped back vocals and guitars, but i think Henry Jamison is a genuinely great admission to this pantheon. Lovely stuff.