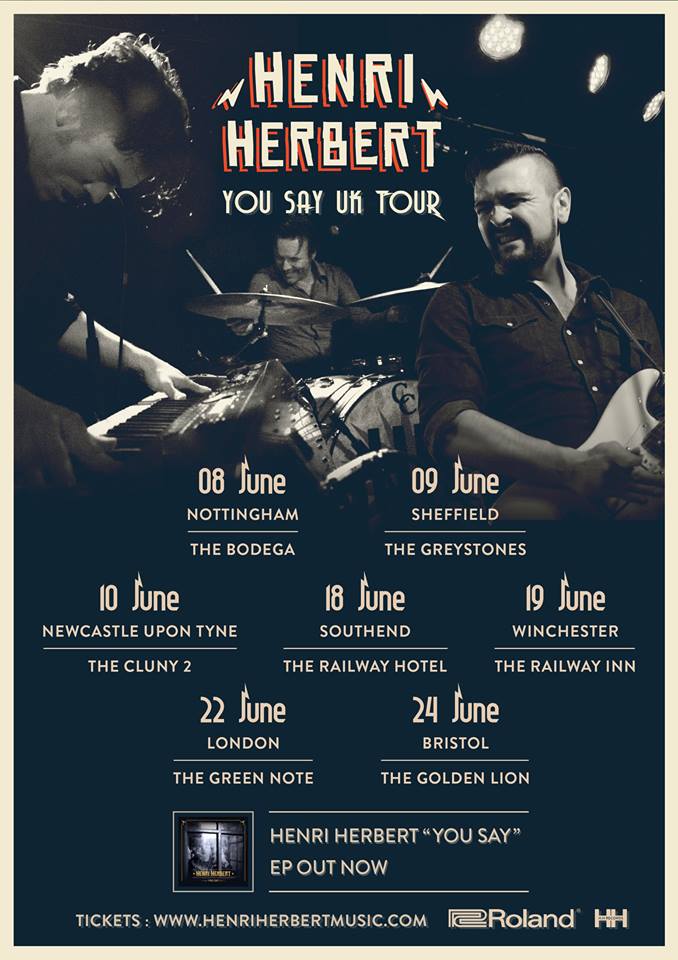 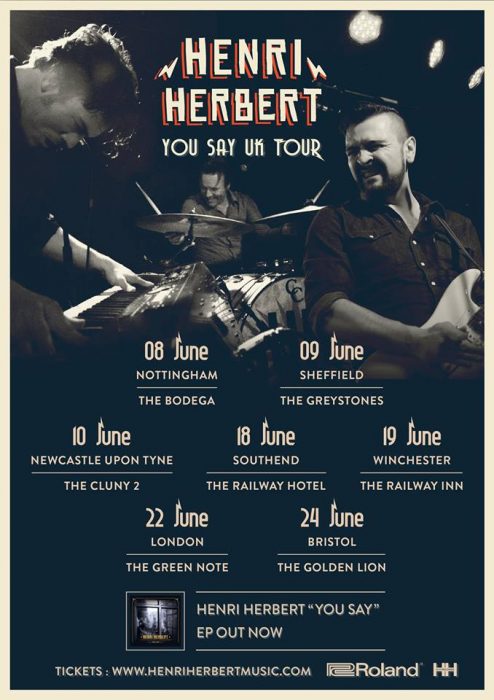 Henri Herbert on tour in the UK in June

The former Jim Jones Revue pianists Supercharged Boogie comes to town… if you live in or near Nottingham, Sheffield, Newcastle, Southend, Winchester, London or Bristol that is!

All of which has nothing to do with Henri Herbert who wasn’t even born until the  late 80’s in France.

(Biography) From an early age he was drawn to records made by the piano-pounding pioneers Jerry Lee Lewis and Albert Ammons. He spent many long days and nights studying their styles and making them into something all his own, which he calls “Supercharged Boogie”. He cut his musical teeth playing in pubs, clubs and bars all over Europe before being invited to join the mighty Jim Jones Revue in 2011, co-writing and recording songs on their album The Savage Heart.

After several world tours, The Jim Jones Revue disbanded in 2014 and Henri decided to focus on his solo performances and songwriting. Henri’s viral “Henri’s Boogie” video now has 10.5 million hits on Youtube.

His debut EP “Wired” was released in November 2015 to widespread acclaim and he immediately recorded a follow up EP “You Say”.

The songs on the EP’s are both great, modern-day rock’n’roll ballads with a vintage feel, a smoothness and an edge.  I know, that sounds contradictory, but it’s true.  He’s got a great voice and uses his piano-playing virtuosity sparingly, giving the songs room to breathe.

The songs are about girls, about London, about touring in a rock’n’roll band and the nearest comparison that struck me was London’s finest all-but forgotten band The Flaming Stars.  Henri had never heard of them. I sent him this Youtube link to a live version of Like Trash.  He loved it. “Sounds great! yeah it’s kinda like a punk crooner mixed with Jerry Lee .. an interesting mix”.

Live, with his three piece band I’m confident Henri is, as Marc Riley on 6-Music said, ‘a force of nature’. A great new artist bringing boogie-woogie into the present with a cool attitude and sound.  I’m looking forward to catching him on this tour.

As it says on his website. ‘Henri continues to grow as a writer and performer’ – and below are the June dates that start a full UK tour ( more dates to follow I’m sure so be patient Scotland….)