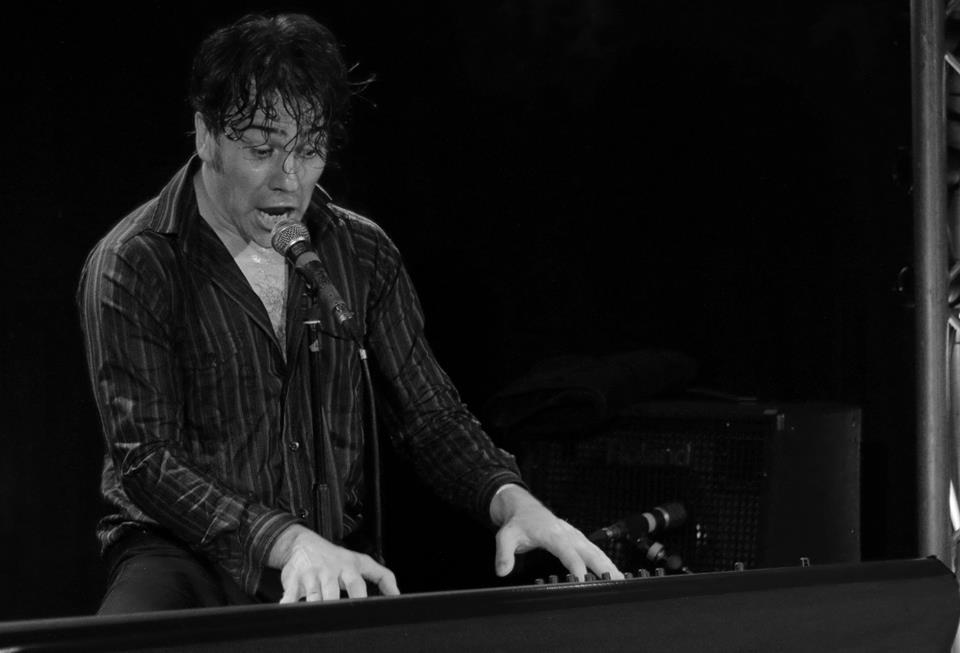 Henri is the focus but maybe this should’ve been billed as The Henri Herbert Trio because you won’t find a tighter three-piece says Ged Babey.

Henri Herbert is a genius. A master of his art.  Probably the greatest piano-player I’ve ever seen. The way he attacks his instrument. He stands lent forwards, one leg forward, bent at the knee, the other one back (like a Ramones stance or being Under Starters Orders)  The piano seems too low and the mic stand is set at a height of about three feet.  He plays with a demonic intensity, gurning, grimacing and jutting his chin.  He really is a maestro.  I don’t even like Boogie-woogie piano as a rule.  But the way Henri plays it I do.

Before I heard his Wired and You Say EP’s I guessed he’d get a singer in. He couldn’t possibly do the job himself  and play piano like that.  But he can.   He has a clear distinctive voice albeit with a hint of Elvis in his delivery.

If you look at the photo above you’ll how Henri looks at the start of the set.  Neatly combed quiff. Black leather jacket. A real classic James Dean kind of style.   Now, below, is a photo of him an hour later after hammering and hollering his way through some of the best boogie-woogie pop’n’roll I’ve ever heard.   Shirt absolutely drenched in sweat, hair a mess of wet curls, tumbling onto his pretty-boy face. He works hard for his money despite a bit of a sparse crowd (too many bloody festivals means gigs like this suffer attendence-wise) 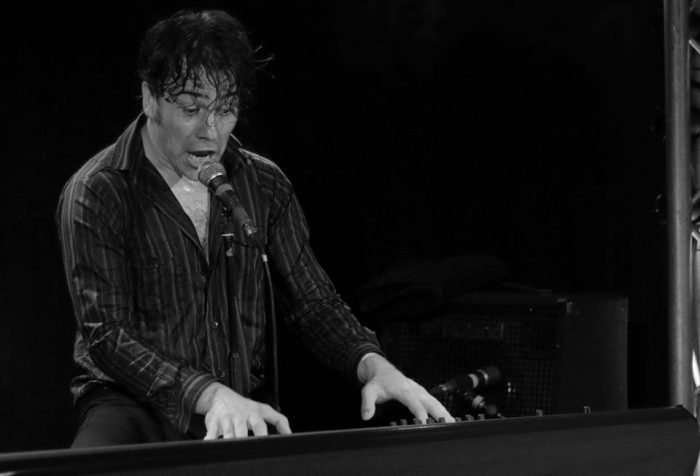 A word about the drummer Nick Jones (Edinburgh, ex Jim Jones & Heavy Stereo) and bass-player (and occasional guitarist) Lucas Itie (Paris). They are both faultless and what I particularly noticed is the way they barely take their eyes off Henri throughout the set.  Part of it is doing their job obviously, keeping it as tight as a ducks arse, but there is also a look of admiration and love and incredulity at the mans sheer energy and talent and total commitment to giving a 110% performance, and they do likewise. 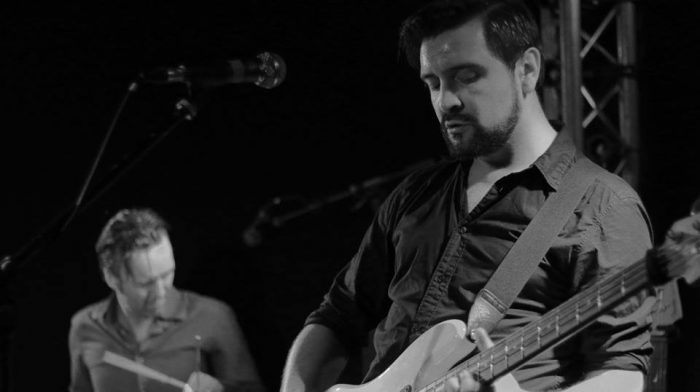 Even when they leave the stage for Henri’s solo version of Oscars Boogie, they are still smiling and watching him like a hawk.  As are the entire audience.  Henri is captivating. He breathes new life into a vintage genre and makes it his own. It’s trad dad but it’s brand new and irresistible to any ears willing to listen.