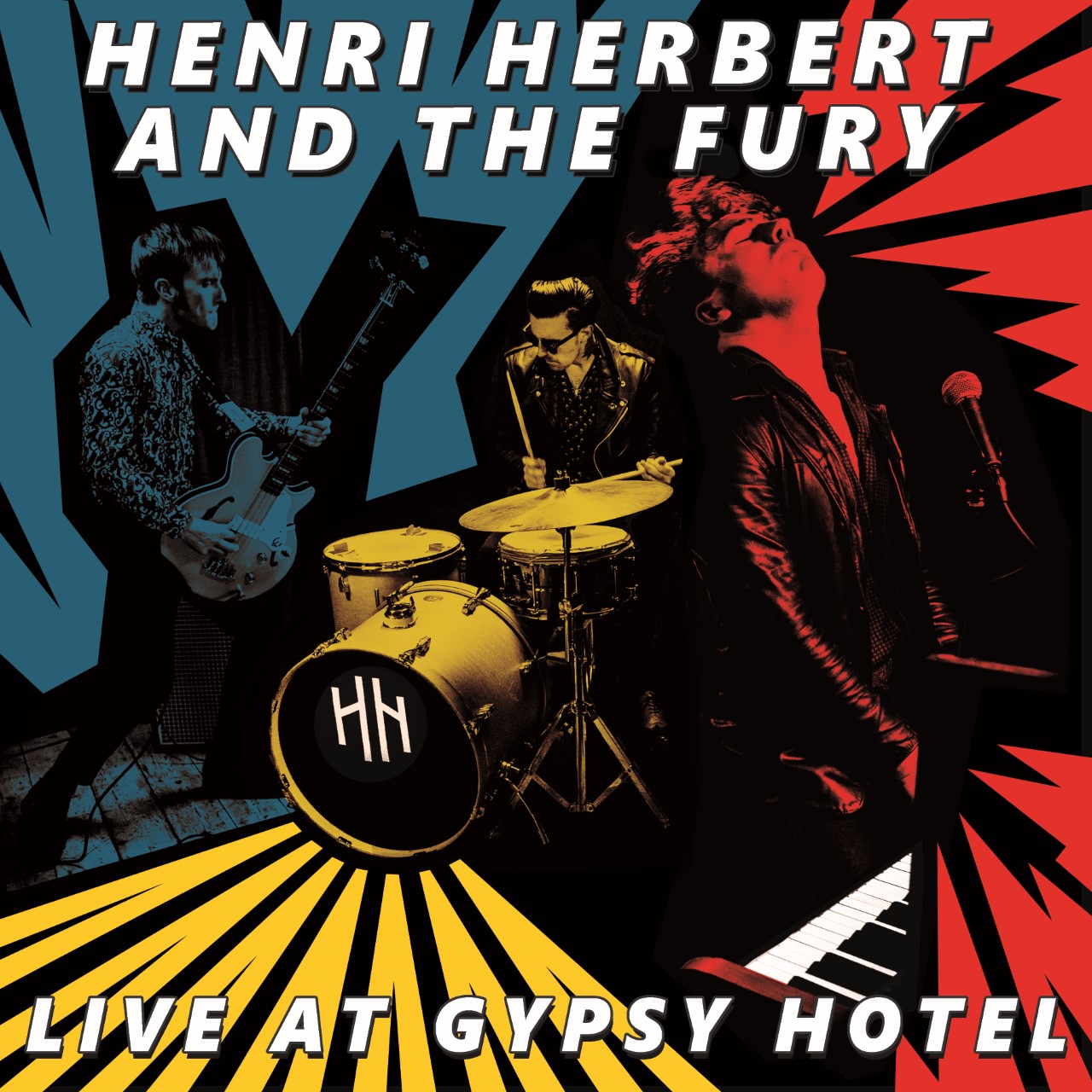 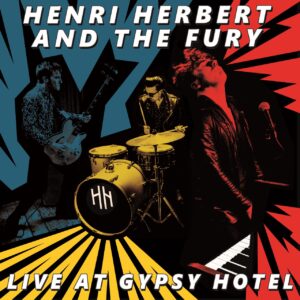 Supercharged boogie piano-player and his band raise the roof at the Gypsy Hotel …. one of the best live albums since ‘It’s Alive’?  Ged Babey thinks so.

The first time you listen to it – it is like a bomb dropping – and (the memory of) every other music you’ve been listening to in recent weeks is obliterated, erased and forgotten – because THIS is the best thing you’ve EVER heard. (Yeah, it’s piano-bass-drums-vocal, it’s boogie-woogie rock’n’roll that follows a tradition ….but it doesn’t matter if it’s not your-style or your-usual-taste because) it is the most real, action-packed, energetic, vibrant, sexy, intoxicating music you’ll hear. It’s virtuoso playing with sheer manic attitude and pace. Henri hammers those keys. The rhythm section kick hard. The sound leaps out of the speakers … this is a ‘live’ album which makes you feel alive!  It is a classic live recording up there with ‘It’s Alive’. It’s a sound from the past hurtling into the present so fast it ends up in the future!

Come November, the best live album of the year is released. Now, I know I haven’t actually heard any other Live Albums released in 2017 – but this one is just totally fabulous.  It doesn’t matter matter which year it was recorded and released – 1957, 1967, 1977, 87…. it’s just a high octane, pure, manic slice of live rock’n’roll action.  Played on piano, bass and drums, with croonin’ and a whoopin’ by supercharged boogie king Henri Herbert.  (who you may remember from when he pounded the keys for the Jim Jones Revue..)

Being a kinda low-rent John the Baptist to Henri’s Jesus I shared the reviews on Facebook, with anyone and everyone I thought might appreciate it…

Was the reply I got, from a certain guitar player who lives and breathes rock’n’roll, when I dared to share on his timeline. I imagine he pronounced the last word ‘pian-uh!’ and said it in a kinda Elvis voice.

It was just that. “Don’t like piano” Not, “Yeah that’s cool, he’ s got a lot of energy, great voice, superb attitude, but hey man, I really don’t dig piano y’know. I’m a 100 Per Cent Guitar man, always have been, always will be… he’s good though.”  Cos that’s probably the kinda thing I might’ve said a few years back.

Piano’s are a funny thing. Going back to childhood (late 1960’s) I associate them with school and Chapel – but basically they were for Praising the Lord, Methodist style.  Later, when my sister was young she was bought a piano when she showed some talent for it. ( I was never bought anything that BIG!)  the only tune I ever managed to get out of it was a one-finger version of the Batman theme on the lower end keys….

(Early 1970’s) My mum had a Russ Conway EP and liked Bobby Crush when he was on Opportunity Knocks … but I never really ‘got’ the piano as a source of life-affirming music. It was to do with religion or light entertainment, and not ‘dirty’ like the Electric Guitar.

(1977) The piano made a few guest appearances in ‘punk’.  The beginning of Personality Crisis,  Piss Factory, Vive Le Rock’n’Roll (by ATV) and the Electric Chairs ‘Fuck Off’ are the ones which spring immediately to mind- and yep two of them were played by Jools Holland….

(2008) Hearing the Jim Jones Revue whose literally elemental rock’n’roll blew away all the competition the year they appeared was a revelation – here was a band who used punk rock-style piano to not just adorn the music but it was, if not the heart-beat of the music, its central nervous system.

The live album is mixed by Jim Jones and Alex McGowan,  with no overdubs at all.  The ace rhythm section of Jez Southgate on bass and Aidan Sinclair on drums are tight and totally on task.  They are there to complement Henri and build a living chassis around his rockin’ boogie-woogie engine.

The album opens with Little Walter’s It Ain’t Right, a supercharged boogie with the crowd going wild at Herbert’s pounding piano, in full force here. The whole is underpinned by Jez Southgate’s muscular basslines and Aidan Sinclair’s swinigng, punk-infused drums. Next comes That’s What I Said , a Herbert original which sees the band take off behind Henri’s hollering vocals, swiftly followed by She Think She Do , another Herbert original given a new lease of life in this stratospheric live performance.

Pocket Venus follows, a classic Herbert original and firm favourite at his live shows, this time delivered with all the intensity of a punk Jerry Lee Lewis having a fistfight with the ghost of early Elvis.

More spellbinding piano on this one. The excitement doesn’t let up as Herbert then launches into Boogie , one of the timeless instrumentals which have become his trademark. Now we have a change of pace with Bad Blood , a filthy blues with Henri’s piano overdriven to the max and underpinned by Southgate’s fuzz bass.

Milkshake Mademoiselle is Henri’s homage to The Killer, his number one influence. Features more great piano and an upping in intensity levels as this live show hurtles towards its conclusion.. Raze Hell , the lead single, sounds like an atomic blues from outer space as Herbert testifys over a stomping blues piano.

The next track , the penultimate, is, to me personally, the highlight (in an album of non-stop highlights and no lulls at all!), as it proves that piano can be a substitute for guitar, in the way that only H could do.  It’s a cover of Jimi Hendrix ‘Fire’.  It is pure genius.  Hear it, to believe it!

Now, if that don’t convince you that piano’s rock, then nothing will!

The last track, the press release says ‘You can practically feel the sweat dripping onto Herbert’s piano as he launches into the album closer, Talkin Bout The Boogie’ …’ and it’s true.

It’s not a long album at thirty-two minutes, but every second is vital.  Henri’s singing is as sexy and rockin’ as John Spencers Blues Explosion holler  and Elvis at his most moody. But it’s the demonic playing that holds your attention.

As a debut album, capturing Henri live and direct was perhaps the obvious decision but at the same time a masterstroke, and the result is a wonderful timeless piece of rock’n’roll without a six-stringed guitar in sight.

All words  by Ged Babey