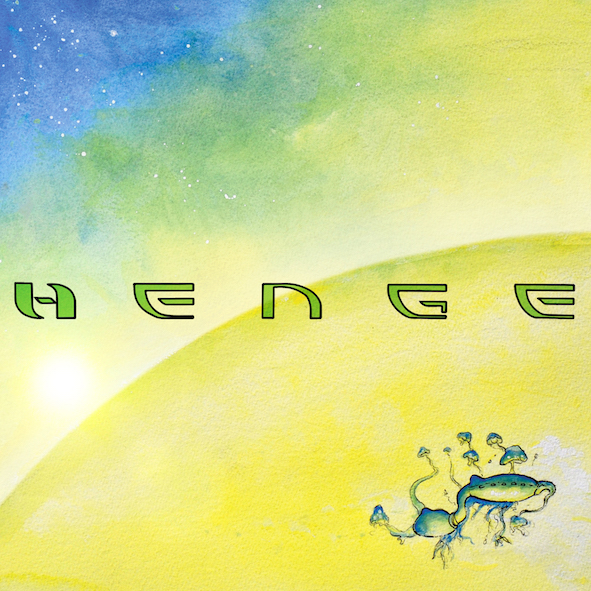 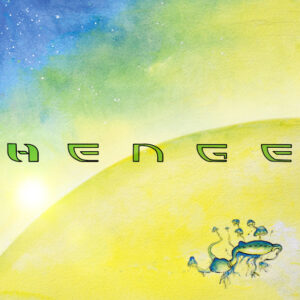 Henge have reinvented space rock for the 21st century. The gonzoid genius of their live shows in captivating (John Robb reviewed them here) and the band’s new album reflects this mix of glam – prog funk – space rock madness that actually works as Laura Beth reports..

It’s been a long time since I heard something with the originality of Henge. They first came to my attention on the live circuit where they have certainly gained quite a cult following. Playing acclaimed festivals and sell-out concerts, these aliens, replete with space-age attire, are a force to be reckoned with.

‘Attention Earth‘ is the debut album from Henge and it’s a very original body of work. Whilst drawing influences from a myriad of genres it avoids convenient categorisation in a sonically blissful cacophony of space-age rock.

The first track ‘Mushroom One’ hints at the hallmark of a classic album. With heavily treated fragmented vocals and a soundscape that encompasses time signature changes, brilliant keyboards, moody live drums, and spiralling guitars, this track is awesome and deserves serious radio rotation.

Cut two ’Moon‘ embraces ambient chillwave, before morphing into an industrial almost post apocalyptic wall of sound that would not appear out of place on a Dave Brock composition.

‘Indigo Dust‘ could easily be a hit single and crosses over into bright shiny pop with delicious harmonies. The weeping guitar and wonderful vocals are the cornerstone of the piece and make it clear that these aliens have been studying Beatniks back in the ‘Summer of Love‘ daze!

Next up is ‘In Praise of Water’ which mixes cyber techno with quirky pop sensibilities. The subject matter speaks for itself and with the right radio exposure this could be a second hit single.

‘Monolith’ extols a spark of surprise as the moody backdrop provides a platform for the highly original vocal style, which is drenched in SFX clearly designed to take the listener into a state of delirium. The ‘cosmic dross’ quite literally sounds like something from another planet. Against a plethora of angular guitars, pounding drums and bendy space rock synthesisers, this song is as intriguing as it is enrapturing.

‘Machine Landscape’ starts off with a rather lilting ‘humanoid’ whistle that morphs into another surrealistic but essential track. It has a much needed meditative quality that provides a momentary safe haven before the next track kicks in with a message for mankind.

‘Demilitarise‘ is the album’s moody coda. It’s a long workout, but throughout this organic progressive anti-war opus there is not a chance of nodding off as Henge have you gripped from start to finish.

If you have not been visited by these fascinating space creatures don’t ‘Henge your bets’. I could not recommend this five-star album more highly – check it out!

Henge: ‘Attention Earth’ available for pre-sale on all formats now.