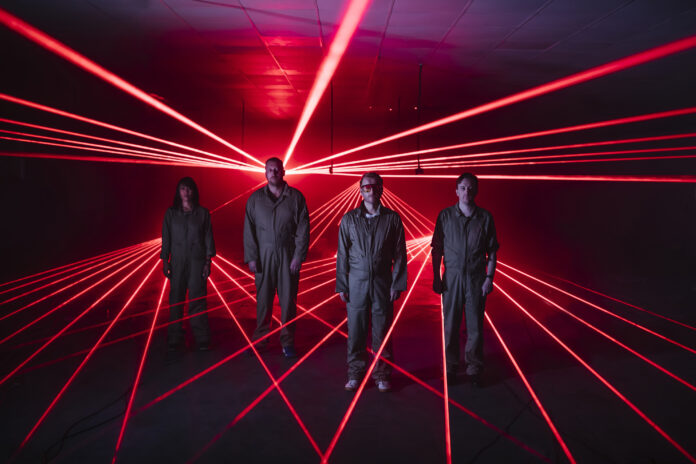 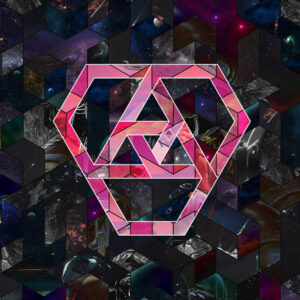 Andy Brown listens intently as Manchester-based alt-rock outfit Hello Cosmos start a fire with their latest single, Fuse. He shares his thoughts for Louder Than War.

Hello Cosmos emerged fully-formed and ready to take on the world back in 2018 with their debut single, Raise The Dawn. Here was a band fully immersed in the art of rock: from the bold, exhilarating music to the inspired lyrical content and unique visuals. The band went from strength-to-strength with subsequent singles and EP’s; fusing heavy riffs and danceable rhythms with a forward-thinking, experimental edge. A smattering of electronic experiments, remixes and collaborations followed including an EP made with musicians in Nairobi. The resulting Keep On Rising EP successfully channelled post-punk gods, The Pop Group. Fast forward a couple of years and the bands defiant, sonic subversion feels more vital than ever.

Fuse starts with a low, rumbling bassline before kicking in like a jet engine; a dark, propulsive riff backed up by a furiously-driven and suitably relentless drumbeat. The perfect antidote to the lingering anxiety and listless lethargy of a year spent indoors. The whole thing sounds nigh-on unstoppable. Post-punk innovation mixed with QOTSA-worthy riffs. By the time frontman Ben Robinson delivers some words of wisdom, I’m fully and wholeheartedly hooked. The lyrics never feel like an afterthought with Hello Cosmos: Robinson’s impassioned, spoken-word delivery crucial to the band’s aesthetic. “Ain’t no god like looking in the mirror” Robinson tells us as the song bubbles furiously underneath, “Ain’t no judgement on your last day but your own”.

The song finds the band unhooking themselves from the matrix, putting their hand-held black mirrors to one side and shaking themselves from lockdown-induced slumber. A song that seeks to recreate the rush and subtly, transformative powers of a good night out. And, I think we can agree, we could all do with one of those.

The live music industry may be on hold at the moment but Hello Cosmos have plans aplenty for the future. Dream Harder, the band’s upcoming debut album, will be accompanied by over 2 hours of psychedelicised visuals and “state-of-the-art augmented reality visuals”. I’m not even sure what that last one entails but you have to admit, it sounds pretty exciting. Hello Cosmos are standing on the precipice and ready to jump into the unknown. 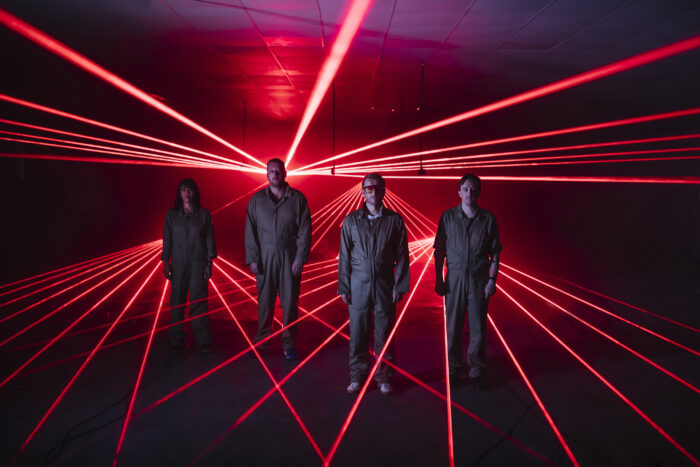