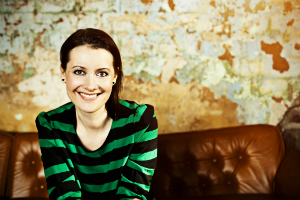 Helen Sildna runs Tallin Music Week which is music event in Estonia with a great line up of regional bands proving that music culture is now a true international force.Estonia is a small corner of Europe with unique pressures of its own nestling up to the mighty Russia on its borders which could bring pressures of its own but the music week is a determined effort to deal with these pressures culturally and politically.