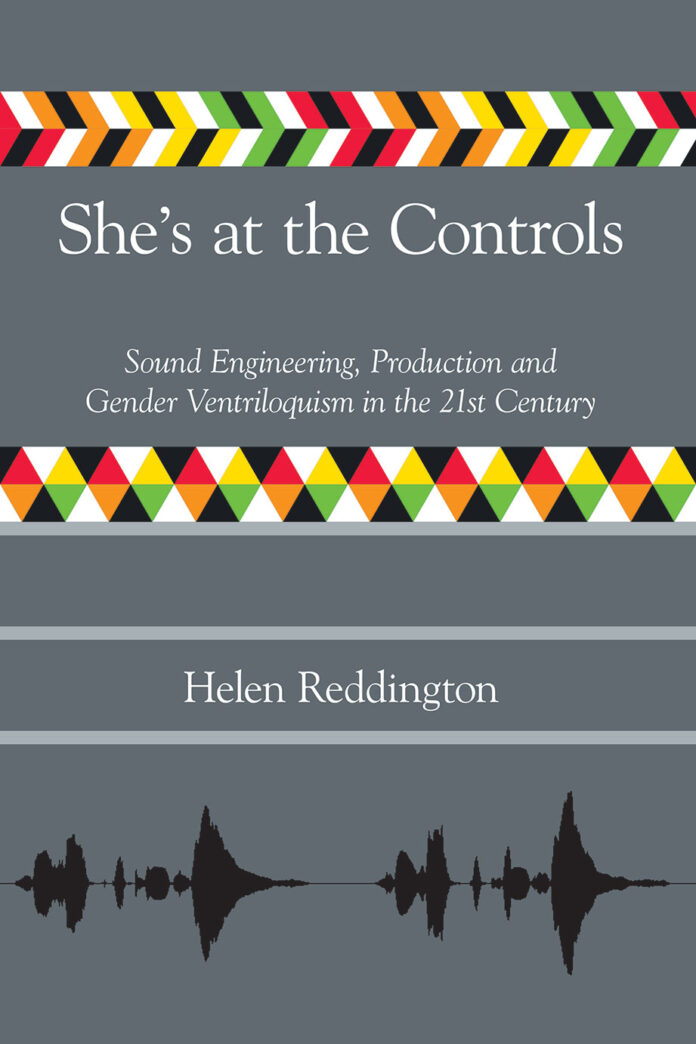 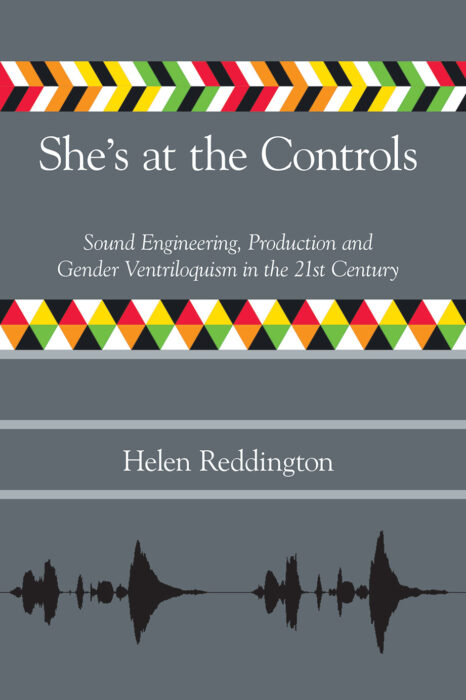 She’s At the Controls: Sound Engineering, Production and Gender Ventriloquism in the 21st Century

She’s At the Controls is essential reading. Helen Reddington reshapes our knowledge of sound engineering and music production in the twenty-first century, foregrounding the power and limits of feminism in a male-dominated industry while offering hope for a more egalitarian future.

In She’s At the Controls, Helen Reddington illuminates the varied ways in which women producers have been marginalised within the music recording industry and reshapes narrative of sonic technologies. Indeed, women play a prominent role despite the myriad manifestations of misogyny that have prevented them from acquiring funding, education, training, and sheer opportunity over the decades.

Reddington also elucidates the ways in which we all become inculcated by sexist cultural practices without, perhaps, even realizing it. The philosopher Louis Althusser famously described how repressive ideological state apparatuses can suffuse us with political notions crafted by the state, which can be so ubiquitous that we fail to recognize how our own thoughts have been dangerously shaped. While this kind of Althusserian theory might frequently be applied to more manifestly perilous political contexts such as the rise of fascism, we might also consider it in relation to the groupthink that Reddington reveals in the recording industry.

In the introduction to She’s At the Controls, Reddington explains, “It had never occurred to me when I was a teenage music fan to wonder why record producers were always men, or even what they did and why they matter, although I had heard of Sam Phillips, Phil Spector and Berry Gordy.” Indeed, she notes, “[e]qually, I had heard that there was something special about what they did and who they were.” Thus, Reddington’s later surprise to discover in Renata Blauel (Elton John’s sound engineer) that “such a thing as a female sound engineer existed, and that she was respected enough to work at such a high level in the music industry.” This kind of cultural indoctrination helps to explain why so many people — including women — can give credence to gender-based stereotypes about producers and assumptions concerning technological knowhow and innovation. It’s at the root of many biases — both explicit and implicit — that we all carry, and against which we must persistently rebel. Reddington powerfully provides a guide to get the process started.

She’s At the Controls is a handbook not only for women but for anybody who wants to break down the barriers produced through centuries of sexism, particularly as they’ve shaped sonic histories. Thinking about Reddington’s text as a guide or set of instructions also allows us to engage directly with the DIY work of the women cited throughout the text. Many music producers working outside the boundaries of the male-dominated system relied on “reading the manuals” to become experts in production technology, Reddington notes. As readers of She’s At the Controls, we’re invited to do the same with this book — to become DIY specialists ourselves in rooting out pejorative narratives about women, music, and technology that continue to persist in the present.

Focusing on experiential knowledge as the basis for this book makes it the ethnographic study that Reddington explains she’s undertaking. The text relies largely on interviews with women producers and engineers who range widely in age and tend to hail from either side of the Atlantic. At the same time, relying on experiential knowledge early in She’s At the Controls allows Reddington to reconceptualise and produce new Bildungsromane (narratives of growth and becoming) for the numerous subjects she has interviewed. Indeed, across the first chapter, we learn about various coming-of-age tales, so to speak, in which women develop interest in and knowledge of music production technology that conclusively allows them to become recording engineers, mix engineers, mastering engineers, and producers.

Across the text, Reddington highlights the ways in which sexist assumptions manifest in the recording studio yet clarifies how women musicians and producers have been able to upend them. The space of the recording studio is a deeply performative one in which music producers — often men — place themselves in the position of gazing at the women performers behind the instruments and microphones, thereby developing a different kind of objectifying “male gaze,” as Laura Mulvey discusses it. Yet solely by recognising the theatricality of the space, women on the other side of the production equipment can resist the power imbued in the male producer who looks at the performers. Reddington cites Vicky Aspinall of The Raincoats discussing the band’s work in the early 1980s with a male engineer while recording vocals for the song Animal Rhapsody: “Especially when you’re recording a vocal, you feel exposed to the engineer: he can hear every word. [Gina] would have felt more comfortable with a woman. It was quite funny, actually, to watch his reactions; but we were aware of him as a stage between us and the music.”

She’s At the Controls also reclaims language of “reproduction” for women working in music technologies. While such terminology often is linked to women’s bodies within domestic spaces, Reddington demonstrates how women music producers can resist such narratives in ways that are both ferocious and effective. She cites Tara Rodgers, who explains that sound manipulation is truly a form of reproduction, as it were, that women can take back when they’re at the controls: “Reproductive sounds are variously produced by bodies, technologies, environments, and their accompanying histories; reproduced in multiple reflections off reverberant surfaces or in recording media; reproducible within spaces of memory and storage that hold sounds for future playbacks; and productive, by generating multiple meanings in various contexts.”

It should go without saying that Reddington’s discussion of her own term “gender ventriloquism,” or “situations where men control the sound (and often the lyrical content) of songs that are supposedly empowering for women and girls,” is brilliant. It reveals how, “as audiences, we are complicit” in varying ways, and underscores our dangerous inculcation by systems constructed through sexist assumptions.

Beyond the conceptual aspects of the book that develop an alternate narrative of women behind the scenes in the recording industry, She’s At the Controls also brings together a panoply of women’s voices that should be of great interest to anyone longing to learn more about women engineers and producers in the UK and the US especially. While many of the interview quotes are painful to read in their brutally honest recollections of bullying, sexual harassment, intimidation, and destruction wrought by the pervasive misogyny in the industry, they’re stories that everyone should know in order to push back against the perpetuation of such harm in the future. Ultimately, for any women who have considered the possibility of positioning themselves “at the controls,” Reddington’s book highlights the need to continue combating the sexism that is so deeply ingrained in the industry while paying homage to the women engineers and producers who have powerfully come before.

Dr. Helen Reddington is Senior Lecturer in Music Production at the University of East London, and she is the author of The Lost Women of Rock Music: Female Musicians of the Punk Era (2012). She is also the dazzling musician Helen McCookerybook.