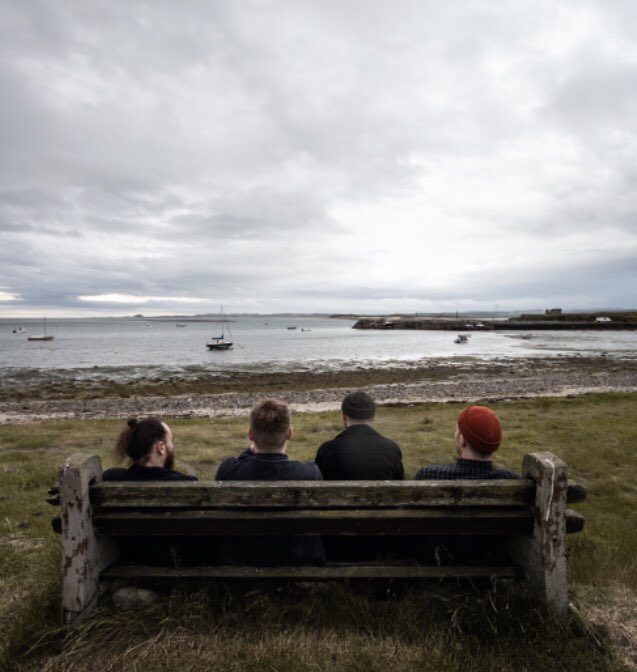 Rising North-East stars Hector Gannet were named by Louder Than War as one of the acts to watch in 2020.  Having released three tracks and blown the roof off The Cluny 2 in Newcastle in February this year, the North Shields group was gearing up nicely towards the release of its hugely-anticipated debut album, Big Harcar, when the Coronavirus pandemic lockdown was imposed.

As well as completing work on Big Harcar, Hector Gannet singer, songwriter and frontman Aaron Duff has been busy writing new material during lockdown. Louder Than War can reveal the fruits of these songwriting sessions with an exclusive three song performance by Duff, recorded in North Tyneside’s new music venue The Engine Room, situated beneath North Shields’ hippest coffee shop, The Wheel House, in the town’s historic Fish Quay.

The release date for Big Harcar has now been confirmed for September 11th and you can pre-order the album – including a special package of the album on 180g heavyweight ‘Gannet White’ vinyl – here. This package includes a special, limited offer of a name-check on the sleeve notes, a signed,  personalised artwork piece and download codes for all 11 album tracks plus two bonus tracks that are not on the vinyl.

I’d had the basic idea for the song for quite a while but I could never seem to get anywhere with it. It’s a subject which I feel quite passionate about and one which I have found to be heavily influencing my outlook during the lockdown. I’m blessed to have been able to briefly but regularly enjoy the outdoors whilst the world was at a standstill. On early morning walks through usually busy beauty spots, seeing few people but feeling surrounded by life, it was like nature was in full control. Every tree was bursting with song, the cliffs of Pen Bal Crag were a mass with seabirds and Sand Martins and even our resident deer had been seen to venture further from the safety of the surrounding greenery. Perhaps this is just a heightened sense of awareness due to the circumstances, nevertheless, the lack of human contact and the seeming abundance of wildlife drew my thoughts to the effects we have on the natural world. I took the title from the 1962 book by conservationist Rachel Louise Carson about the effects of pesticides on wildlife, however the subject of the song doesn’t just focus on this but on wider issues also. Man’s relationship with nature is fickle I find. The theory of conservation is basic and, to me at least, incredibly important. Perhaps the practice, for many people, is less so. I, like so many, rely so heavily on regular contact with nature for all sorts of reasons, not least for my own mental wellbeing. It seems almost subconscious but there’s an affirmation in it, that we’re all alive at the same time and I can make a bit more sense of it all when I’m exposed to the natural world. I’d say that to see, hear and appreciate nature in all of its glory is to understand life at its purest. I just can’t imagine a silent spring, it’s a terrifying image for which we would be responsible. It’s a subject which I have touched on in the past, but this is absolutely my song for the extinction rebellion.

Another love letter to Northumberland in some ways. Although I have been lucky to have the coast on my doorstep during the crisis, I have been feeling the symptoms of withdrawal from the wild. Our usual weekly excursions were obviously not possible during lockdown and that’s been one of the hardest things for me. I’ve taken an enormous amount of joy and inspiration from these places over the past few years and suddenly I was unable to visit them. Emmanuel Head is a place really special to me. We had the perfect day there in early January. One of those where you struggle to take it all in. Looking north from the white pyramid you can see beyond the border as far as Eyemouth and St Abbs, to the south and in very close proximity are the Farne Islands and the imposing silhouette of Bamburgh Castle, beyond the island to the west are the Cheviot Hills and to the east, at your feet, the rolling North Sea. I felt as though I could see everything from that spot, the land beacon standing almost as a marker for the entire county. For me though, these experiences would mean nothing without the company to share them with. That’s perhaps why the lockdown helped inspire this song further, as in these times I suppose we realise how much we need each other. So I’d say this song, in many ways, is just as much about our connection with each other through a shared experience as it is about any personal fondness for a particular place and the song sort of encapsulates that feeling for me. Getting away from it all, to where there’s no one and where, for a while, the land belongs to us.

The Wailing Wall was written completely from scratch during lockdown, this might be evident in the video as my eyes are constantly fixed on the lyrics I had on a piece of paper just out of shot. Every day at 5pm we’d sit in front of the telly for the updates, listen to the experts and the politicians, then watch social media flood with opinions. It has been such a frightening and uncertain time for everyone for a lot of reasons but the fact is, we were and are entirely governed by the powers that be, and that controlling factor is something I am really intrigued by. Of course, the current situation has left us with little choice, but why do we follow certain political, social, cultural rules or traditions? I couldn’t say that this song is about a particular instance, I would however say that in some ways I was trying to fathom out many areas of my own life and I suppose to some extent the loss of my Grandad just before lockdown played a role in inspiring those thoughts. I have a lot of unanswered questions on the matters of belief, choice and order and I feel as though religion plays a larger part in my life than I perhaps realised. I wouldn’t say that I am at all religious, not in the traditional sense. But I went to a school where we sang hymns every day, recited the lord’s prayer and learnt stories from the bible. Self ‘control’ and the difference between right and wrong was instilled via that medium. I do understand the importance of faith and although mine may not follow any particular path, I appreciate how it has helped me deal with grief. So I think faith of any kind is something which should be treated only with respect, and not to be exploited for some ulterior gain as beliefs and cultural traditions seem often to be. I find that fundamentally wrong. I could spend a lot of time taking this song to bits, and if I put it back together it wouldn’t be the same. It feels like every line could be taken differently with every listen so although I wrote it, I’m sort of still learning about it myself. 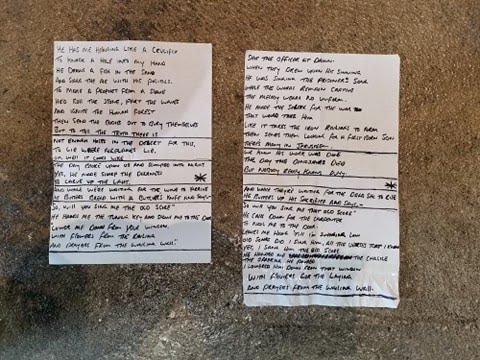 NB The Hector Gannet performance at The Engine Room was carried out in adherence with current UK Government guidelines on broadcasting and performing and on reducing risk, with no live audience and minimal people on site.

Huge thanks to Aaron Duff and Mark Elliott for providing the exclusive performance video and songnotes.