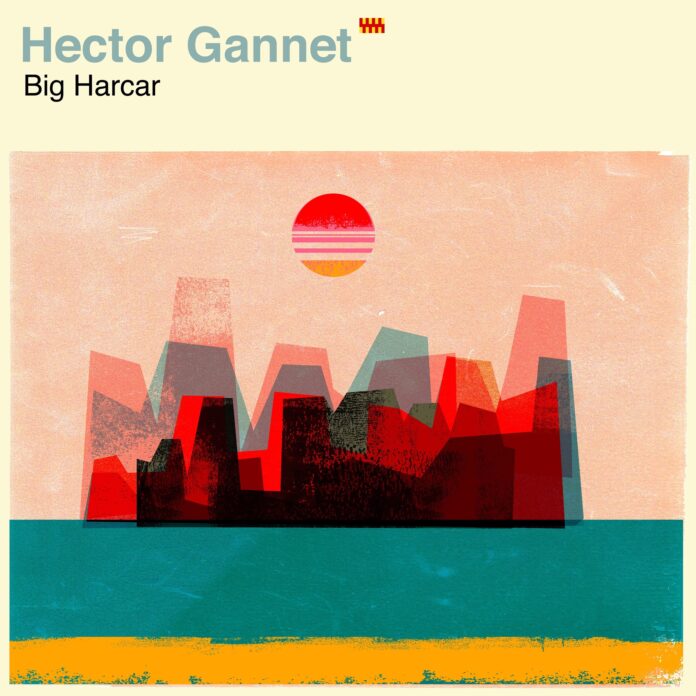 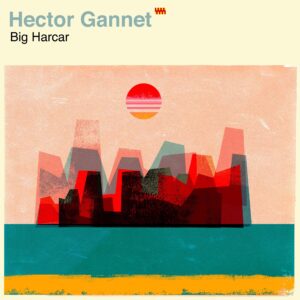 Tipped by Louder Than War as one of its ’25 bands that might change your life in 2020′, North-East local heroes Hector Gannet finally launch their hugely anticipated debut album, Big Harcar, in the wake of a string of classic singles. Was it worth the wait? Gus Ironside investigates for Louder Than War.

It’s here. After months of anticipation, a slew of remarkable singles and several sold-out live performances, North Shields group Hector Gannet has finally released an immaculate debut album that fully rewards all the praise the group has garnered over the last 3 years.

Frontman and songwriter Aaron Duff (who uses the moniker Hector Gannet for solo as well as full-band performances) has lived up to the standards of his heroes, Joe Strummer and Alan Hull (of Lindisfarne fame) not only in terms of his exquisite songcraft, but also by successfully upholding the egalitarian values of his native region throughout the 9 songs (plus 2 tracks available on the CD and as a free download with vinyl purchases) that comprise Big Harcar.

The album’s title was inspired by the island of the same name off the coast of Northumberland where the paddle-steamer SS Forfarshire was wrecked in 1838. The tale of the rescue of the survivors by lighthouse keeper’s daughter Grace Darling and her father William is one of the defining stories of the resilient North-East character, one of the themes explored in Duff’s nuanced, poetic song-writing. Duff’s songs are inspired by the heritage of the North-East coast, with references to the fishing and shipping industries, local landmarks and the lives of ordinary people of the area, exploring the present and future of the North-East and its people through the prism of its storied past.

Political allusions are marbled through Hector Gannet’s songs, but thankfully Duff is no blunt polemicist, preferring to make his points through subtle observation, at times sailing close to the secular spirituality of Patti Smith. The icing on the cake is Duff’s superb singing voice, in itself a thing of wonder. Even when battling through a nasty dose of the ‘flu at February’s showcase concert at The Cluny 2 in Newcastle, Duff delivered a stunning vocal performance that marked him out from most of his contemporaries. Hector Gannet’s typically modest and affable frontman has star quality in spades, yet Duff appears as impervious to the pitfalls of ego as his gritty hometown North Shields is to gentrification.

The three other members of Hector Gannet are no makeweights, either. Jack Coe on drums successfully steers the group through the varied dynamics of its broadly indie-folk oeuvre while avoiding the bombast that often blights other groups exploring similar territory. Guitarist Martin Wann provides all manner of light and shade, at times evoking the creativity of Radiohead, providing an inventive foil to Duff’s Telecaster-playing that mirrors the vivid imagery of Duff’s lyrics. Finally, Hector Gannet’s secret weapon is the remarkable Joe Coady on bass. Coady’s bass-playing is a thing of wonder and joy; subtle, nuanced and always in-the-pocket, yet – as with Coe’s drumming – capable of brute force when required.

Big Harcar is sequenced like a classic ’70s rock album, with each track following a purposeful arc that leads from opener The Whin Sill through to the group’s totemic signature song, The Haven of St. Aidan’s. The album sounds magnificent, aided in no small part by the production and mixing of Paul Gregory (Lanterns on the Lake) and engineering by Alex Blamire at Newcastle’s iconic Polestar Studios in Byker.

Every track hits the mark, from the bucolic bliss of The Whin Sill to the blazing, near-anthemic All Hail, All Glory and the shimmering beauty of In Fading Light. Live favourite Serpentine twists and turns like Nirvana channelling the Patti Smith Group, while Into The Deep and The Launch capture the mesmerising atmospherics of the group’s live performances. The radio-friendly folk-pop of Dead Nag combines surreal political allusions with an irresistibly gorgeous melody, while the incisive Hollow finds a hitherto unexplored meeting point of Alan Hull and Pixies.

Clocking in at over nine minutes, closing track The Haven of St Aidan’s is a genre-defying torrent of surging, folk-influenced melodicism and evocative imagery drawn from Northumberland and North Tyneside’s rich historical legacy. Despite the song’s length, it doesn’t outstay its welcome, leaving the listener hungry for more as the album concludes. Fortunately, the two bonus tracks continue the high quality set by the preceding 9 songs, the affecting calm of The Land is Behind Us teeing up the gorgeous Until My Bonnie Can Be Revived.