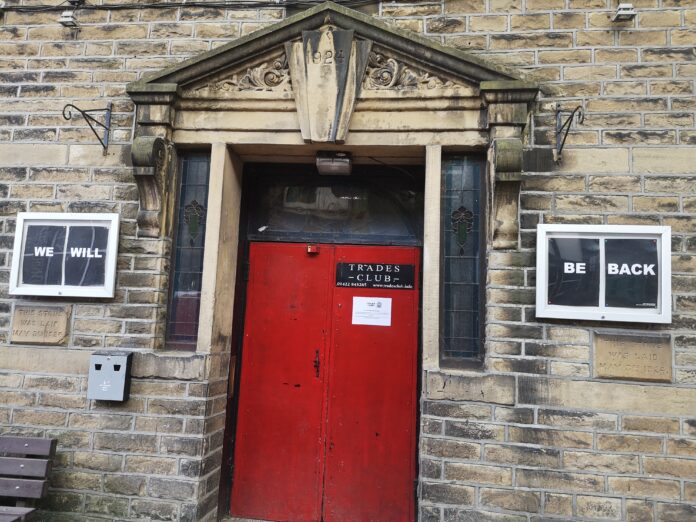 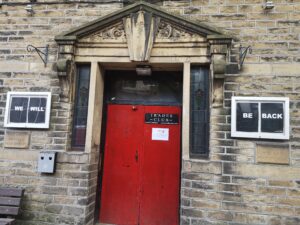 Like many small music venues the Trades Club in Hebden Bridge is facing an uncertain future so have launched a crowdfunder.

The bespoke pledges on offer gives their members and friends from across the country an opportunity to help the West Yorkshire venue continue supporting musicians at all stages of their careers.

The Trades Club has become a celebrated venue for live music making the finals of the Music Week Awards and NME Small Venue of the Year.  Some of the big names who have played the 200 capacity upstairs space includes Patti Smith, Buzzcocks, Laura Marling, Mark Lanegan, IDLES, The Fall, Anna Calvi, Fairport Convention, Lee Scratch Perry, Donovan and Teenage Fanclub.

But the team has also helped nurture the next generation of live bands offering up and coming band like The Big Moon, This Is The Kit, Sunflower Bean and BC Camplight a platform early in their careers.

That support for new music has led to a renaissance of the local music scene as The Orielles, Working Men’s Club and The Lounge Society have all cut their teeth on the Trades Club stage.

The Hebden Bridge club is owned by its members, and has like every other live music venue been forced to close its doors due to the pandemic, but it still has to find money to pay its loyal staff and running costs despite no money coming in.

As a not for profit, community co-operative they don’t have huge reserves to fall back on and despite promises of some government support they can’t rely on when that might actually be paid out .

Any donations will primarily be used to pay their fixed costs until they are able to safely re-open. Any additional funds will be spent on long-overdue refurbishments to a venue that first opened its doors in 1924, including works to make the club more accessible and inclusive for deaf and disabled people.

“We’ve held off as long as we could before launching this crowdfunder but we really need support from as many of our friends who can help,” says Head of Promotions Mal Campbell. “The centenary of the venue opening its doors is only a couple of years away so we really want to be around for that, and although we know times are hard for many people any donation big or small will help us survive

“We are proud that the bands who come to Hebden Bridge love playing here because we look after them when they are our guests, and the joy on the faces of audiences as their favourite bands play our intimate space is something we cherish.

“But to carry on supporting live music we need some short term help, and I can assure donors that once the Trades can open safely we will be putting on some very special events to say thank you in the best possible way.”

To contribute to the crowdfunder go to www.crowdfunder.co.uk/helphebdenbridgetradesclub from 10am on Friday 7th August.