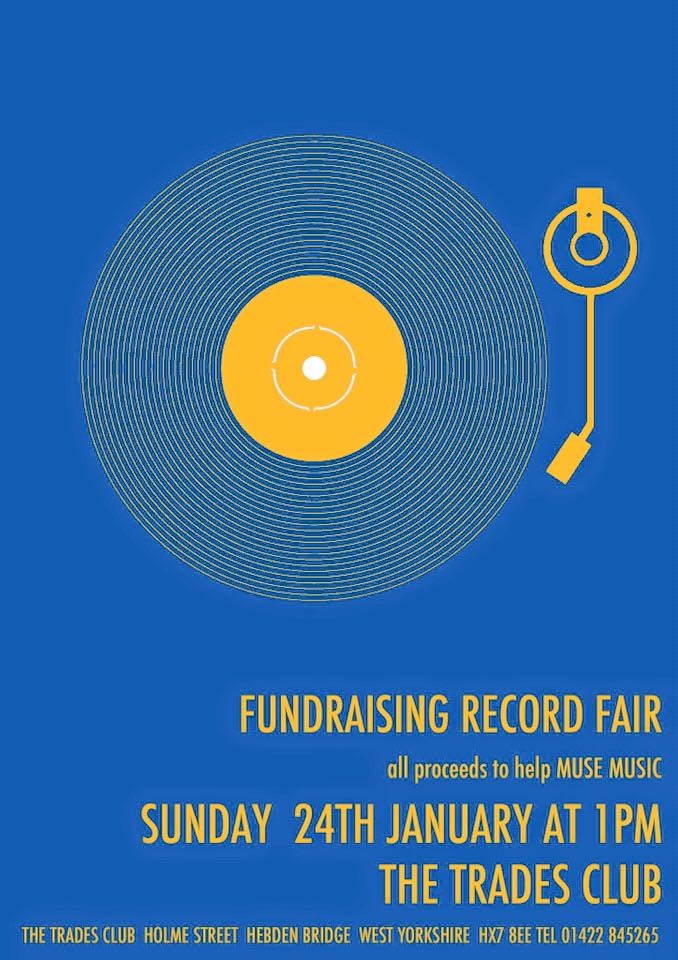 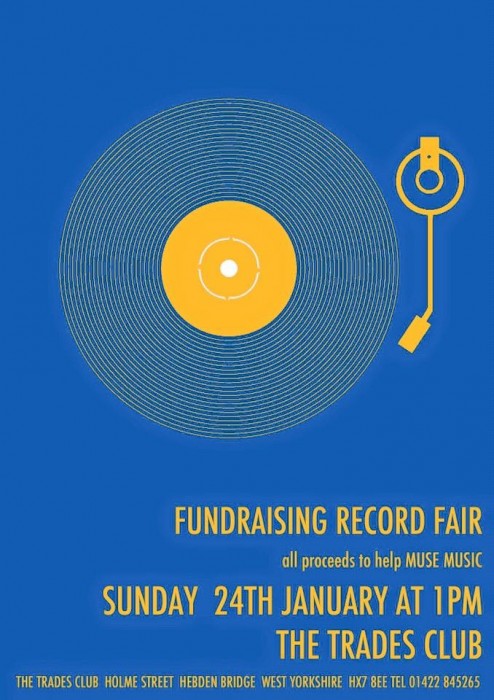 Following the recent devastating floods across vast areas of the UK, we reported (Here) on the damage caused to Muse Music & Love Cafe in Hebden Bridge.

The store was effectively wiped out, however a campaign was begun to help this vital independent store reopen. A JustGiving Crowdfunding Page was launched, whilst bands, record labels etc offered stock to allow funds to be raised.

A Fundraising Record Fair has now been organised, the fair taking place at the nearby Hebden Bridge Trades Club on Sunday 24th January.

Louder Than War have donated stock, we have sent up releases from LTW Records signings Evil Blizzard, The Nightingales, King Champion Sounds, as well as releases carried in our store including The Membranes, Super Fast Girlie Show, Goldblade, dragster etc.

We are aware that artists including the likes of Mike Joyce, have donated signed and one off items, so this fair not only allows you to get hold of something rather special but to also allow Muse Music to reopen.